A few decades ago, Ford teamed up with 7-Up to (in the most American way possible) to promote cars and sugary soft drinks at the 1990 NCAA basketball championships.  The idea was to give away 30 green Mustang convertibles to people who could make a half-court shot.  Somewhere, someone got cold feet and the contest was canceled, but Ford decided to build a batch of these things anyway and call them the 25th Anniversary Edition.  Find this 1990 Ford Mustang LX Convertible 25th Anniversary 7 Up Edition offered for $3,000 in Ventura, CA via craigslist.  Tip from Sean. 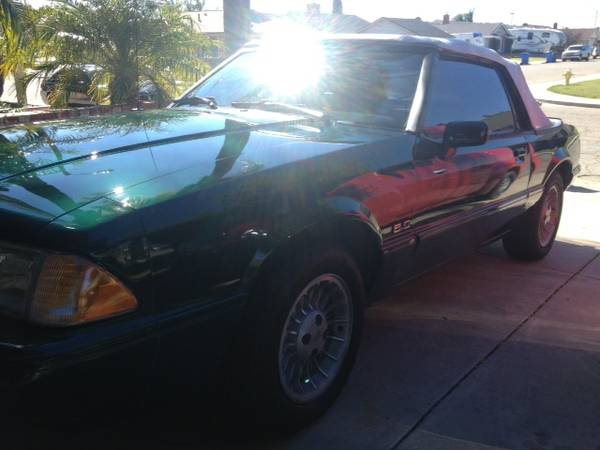 The 4100 (or so) 7 Up edition Mustangs were all finished in deep emerald green clearcoat metallic paint, with color-keyed body side moldings, fascia moldings and side view mirrors, white leather interior, a white convertible top, and 15” GT-style aluminum turbine wheels. 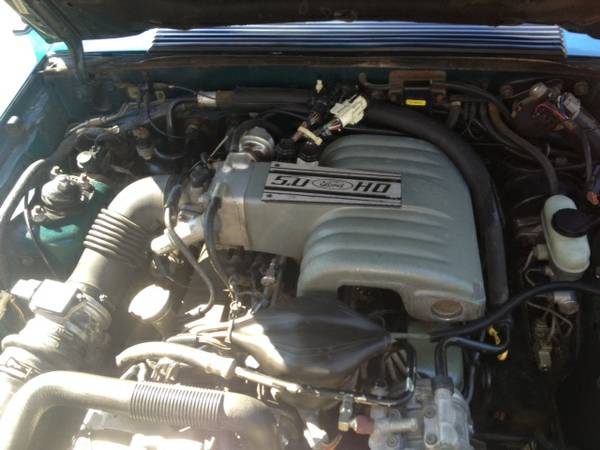 The only engine available was the 5.0 V8, producing 225 horsepower and 300 ft-lbs of torque. This one is shifted with an automatic transmission, but a few were sold with the 5-speed manual. 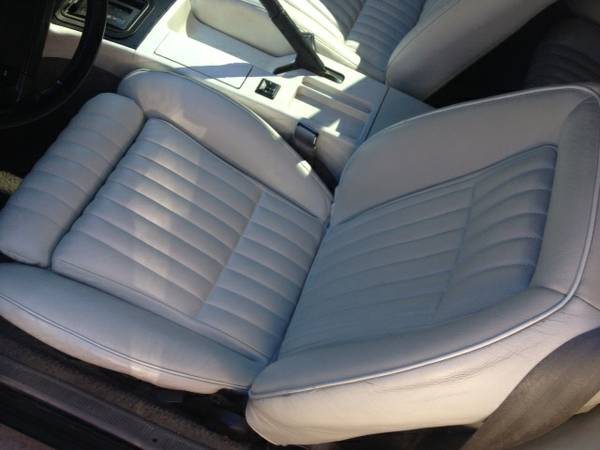 For the asking price this certainly seems like a good condition Mustang, even before you get to the strange special edition aspect of the build. 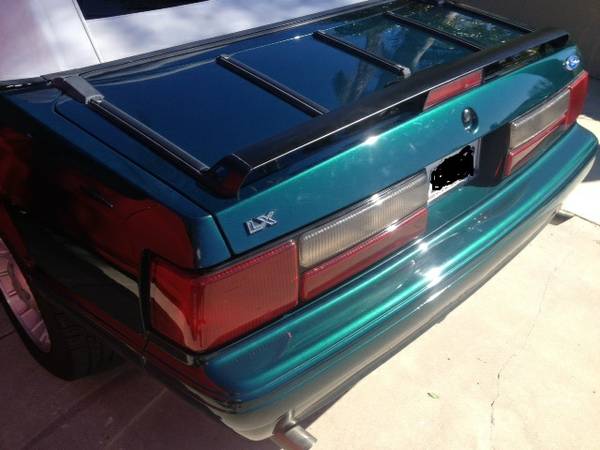 See another oddball special edition for the cost of a timing belt change on an Audi? tips@dailyturismo.com