A few months ago we featured a 6k mile creampuff  NA MX-5 Miata — a car that Jesse from Barnfinds picked out of a ranch in Sun Valley and then sold on eBay for $8,100 according to the auction result.  However, I don’t want to be the guy who says I told you so…but at the time I wrote: Whoever buys this car will have a very nice example of one of the best
selling roadsters of all time…but he will be faced with the same
conundrum as the current seller — how do you enjoy a car without
racking up the miles?  Likely, this story will be continued.  Yeah…I told you so.  Find this 1990 Mazda MX-5 Miata offered for $15,000 firm via craigslist in Mountain View, CA.  Tip from Matthew. 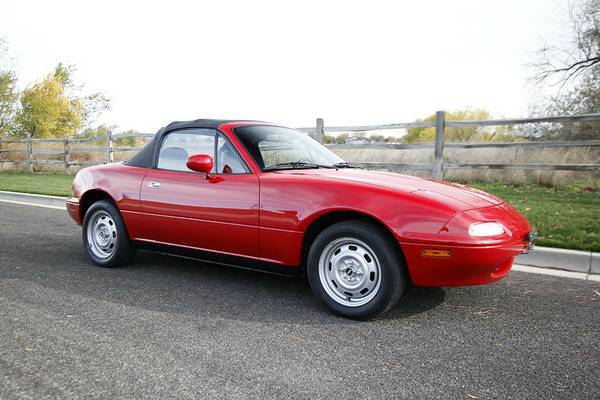 Is it poor form to use the previous seller’s pictures when trying to flip a car for a 100% profit? I don’t think so, because presumably the condition of the MX-5 hasn’t changed much since it left the Barnfinds garage, but I am going to continue to explore the ramifications of such an inflated price… 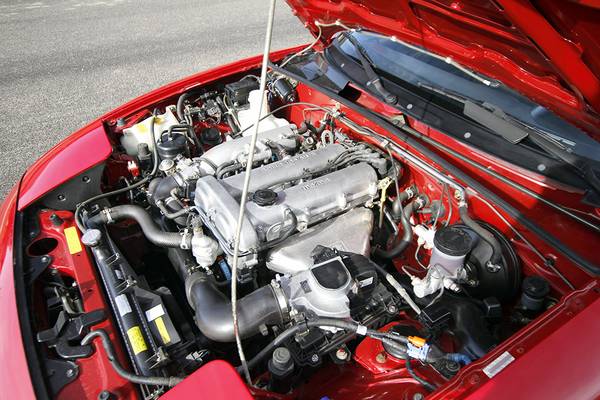 You could buy 3-5 running/decent MX-5s for the price of the previous sale, more for the current asking price…but none of those will have the super low odometer reading. However, you can’t very well drive this car — in 4k miles it’ll be a 10k mile MX-5.  What’s that worth? 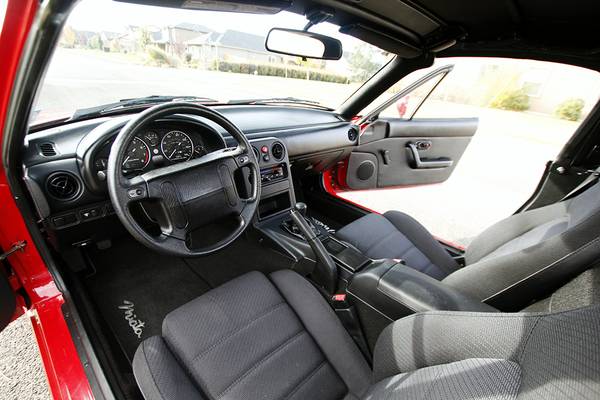 If this was a 77 Chevette..would we be having this same conversation?  Yes.  Because a 6k mile Chevette is still worth 5X-10X the average ice-race ready beater.  This isn’t a Ferrari, but with Mazda close to selling their millionth MX-5 you can buy a sub 5k mile Miata, but it’ll cost you $25k for a new ND, so what is the nicest NA worth?  Guess we’ll find out…because this story is to be continued. 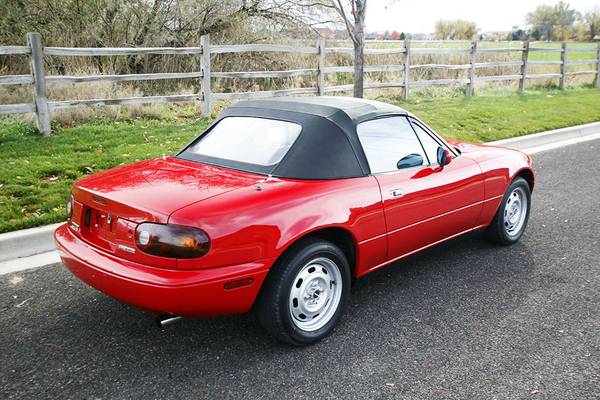 See a nicer version of an MX-5? tips@dailyturismo.com