The AE86 generation Toyota Corolla built from 1983 to 1987 was the last truly great economy car to come from the biggest auto maker in the world.  No one will ever buy a Prius years from now for its driving experience, but the 30 year old Corolla is a different animal at its core.  Find this 1985 Toyota Corolla GTS AE86 offered here on craigslist for $6,000 in Cincinnati, OH.  Tip from FuelTruck. 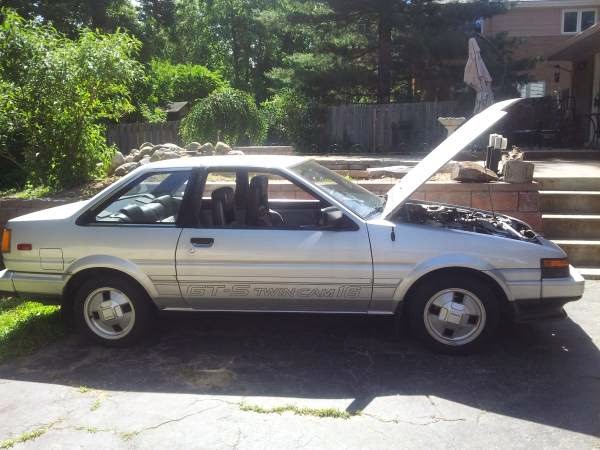 The 5th generation Toyota Corolla sedan was moved to a front-drive
chassis in 1983, but the sporty coupe & hatchback versions remained on the older
rear-drive platform.  It is confusingly and interchangeably called the
Toyota Corolla Levin, Sprinter Trueno, AE86, GT-S.  The Sprinter Trueno
was heavily featured in early version of the Sony Playstation video game
Gran Turismo and a Japanese comic called Initial D. 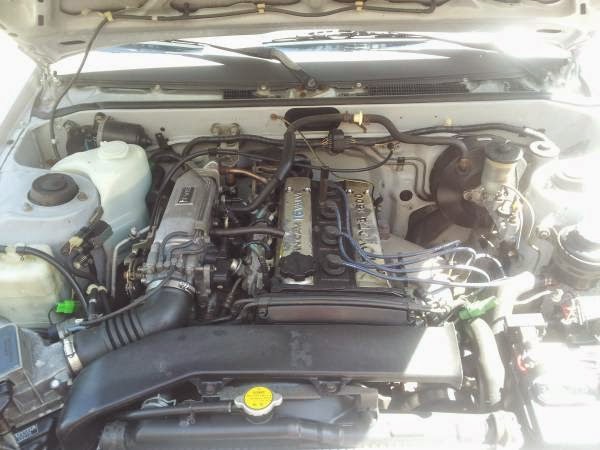 The AE86 GT-S for the US market uses a 1.6 liter 4A-GE DOHC 16-valve Inline-4 fueled via multiport fuel injection w/T-VIS (Toyota Variable Induction System) that puts out 112 horsepower and 97 ft-lbs of torque.  This might sound disappointing until you consider that the GT-S puts it to a rear stick-axle via a 5-speed manual gearbox and only weighs 2200 lbs. 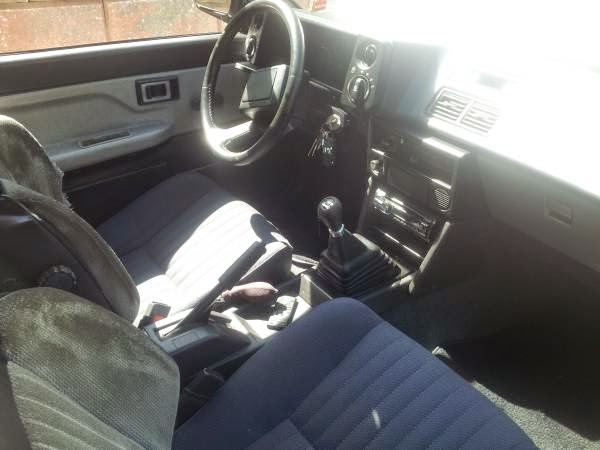 This GT-S isn’t in showroom condition, and appears to fit more in the survivor category (interior is gross), but faded original paint is more desirable than a cheap respray that hides bad body work and rust. 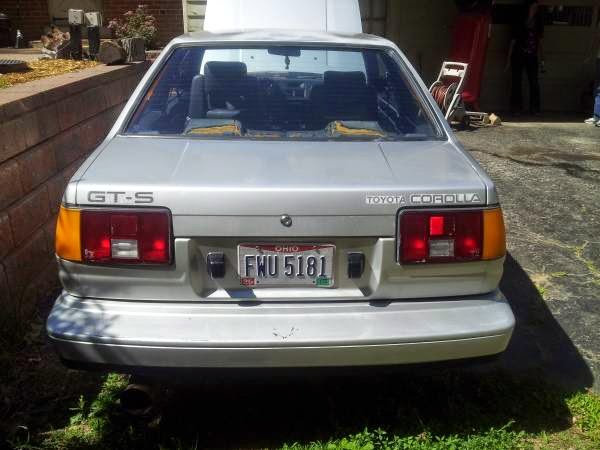