The B5 generation Volkswagen Passat was built at a time when VW and Audi shared many components between their mid-sized sedan families.  It was also built at a time when VW received  abysmal quality scores from the lopsided yardsticks of survey companies like JD Power.  Rumor has it that the Passat did not suffer from the same constant issues as the Mexico assembled Jetta/Golf/Beetle because the Passat and A4 were assembled in Germany at a greater cost and probably with more experience/automation from the folks on the factory floor.  This will give you some peace of mind when you consider picking up the most complicated of all B5 platform vehicles — the Passat W8.  Find this 2003 Volkswagen Passat W8 Wagon 6 speed offered for $7,200 in Richfield, WI via craigslist. 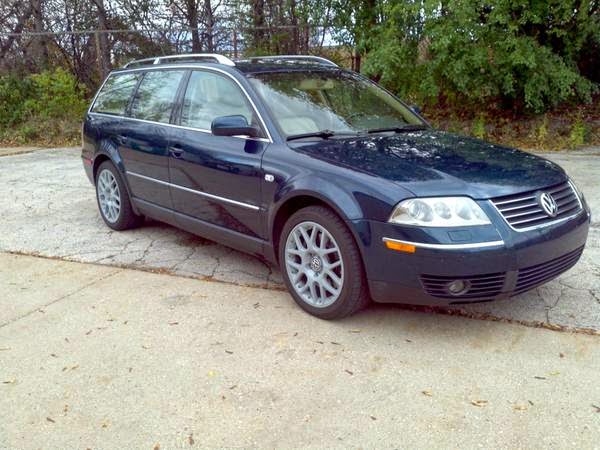 The B5 generation Volkswagen  Passat received a mid-cycle cosmetic update mid-year in 2001, with the 2001.5 models getting the designation of B5.5.   Most of the update included some fancier headlamps and more belt-line chrome, but there was also the addition of  W8 powerplant.  It was an extremely odd addition to the mid-sized family sedan and bumped the MSRP from $21k (with the base 1.8T) to $37k with the W8.  Needless to say, few were purchased with the W8 engine (considering you could step into a nicely optioned A6 for that kind of money) and an even smaller number left showrooms with the 6-speed manual gearbox. 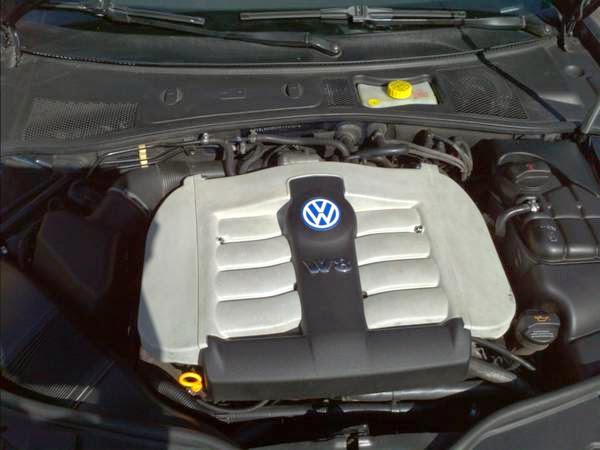 The B5 chassis is one of the few modern cars to use a longitudinal engine/trans in a front wheel drive automobile, but the compact W8 engine is sitting in front of the front axle.  It displaces 4.0 liters and puts out 275 horsepower and 273 ft-lbs of torque — which doesn’t sound too bad, until you realize that the W8 wagon tips the scales at 4000 lbs, compared to a FWD 1.8T sedan at 3000.  The extra 75 horsepower over a chipped 1.8T isn’t enough to overcome the additional mass and only the traction benefit of 4WD at low speeds helps maintain any semblance of performance advantage. 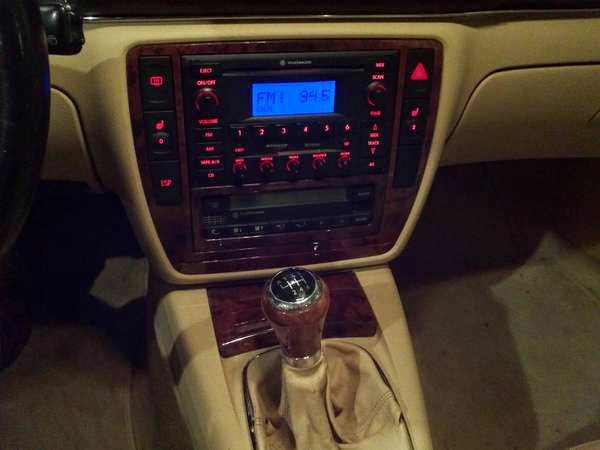 This is one of the precious few W8 Passats to come with a clutch pedal and a 6-speed manual gearbox.  All W8s came with the 4Motion all-wheel-drive system, so at least you aren’t doing peg-leg front wheel burnouts when you mash the go pedal. 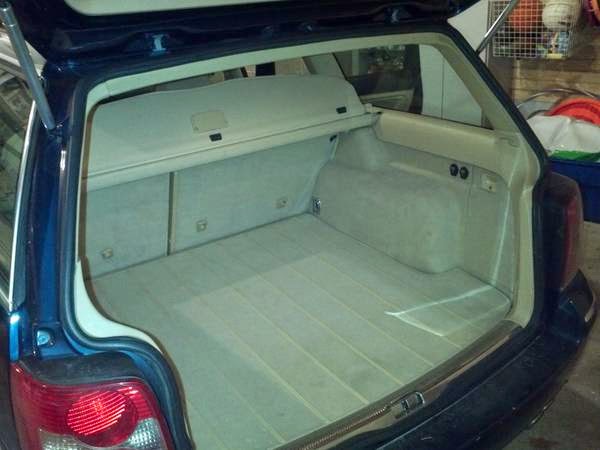 As cool as the W8 engine mated to a 6-speed gearbox might be, is it really worth the added complexity when a chipped 1.8T will probably be faster from 30 to 60 mph?  tips@dailyturismo.com

Update: Carter from germancarsforsaleblog pointed out that this very car was offered for sale on ebay almost a year ago from what appears to be the same seller — read his article here.