The third generation Subaru Legacy was released for the US Market in the 2000 model year with a naturally aspirated flat-4 shared with the Impreza RS.  Equipped with the stock engine, the Legacy is a tame and sensible family sedan…bolt on a supercharger that protrudes through a flat black hood and things get wild.  Find this 2000 Subaru Legacy GT with supercharged EJ205 for sale in New Haven, CT via craigslist. 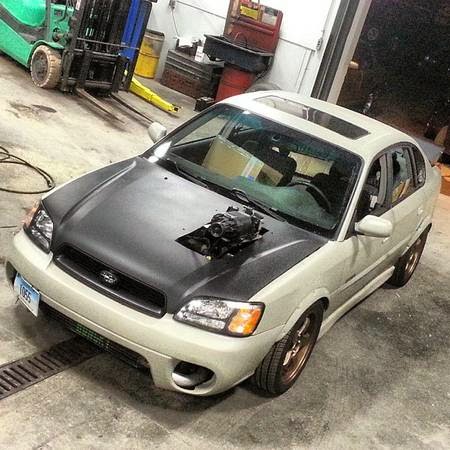 This Legacy looks like a reject from the set of Death Race 2000 with a machine gun sticking out of the hood.  It won’t shoot projectiles like a gatling gun, but the added boost should shoot the Legacy out of corners like a scalded dog. 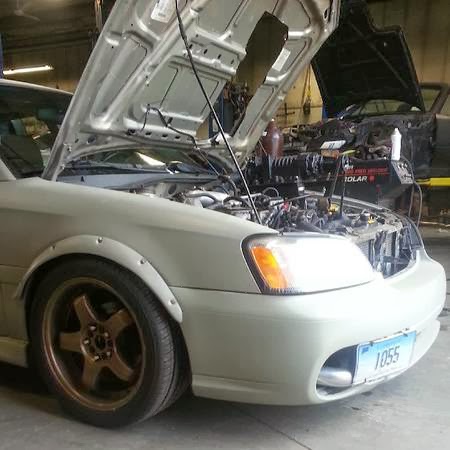 The 2.5 liter boxer-4 originally made 165 horsepower when new, but now it is powered by a 2.5 liter EJ205 out of a Impreza WRX which was rated at 227 horsepower with stock turbo…however…this is now fed by a blower and recently tuned at 170 wheel horsepower (or 212 flywheel horsepower with a liberal 20% power train loss factor applied).  Scalded dog…nope.  Scalded opossum…maybe.  The seller lists a smörgåsbord of aftermarket components thrown at the engine in an attempt to make power, but claims that the choice of Eaton M62 severely limits power and it should be good for more with an Eaton M90 that is included with sale. 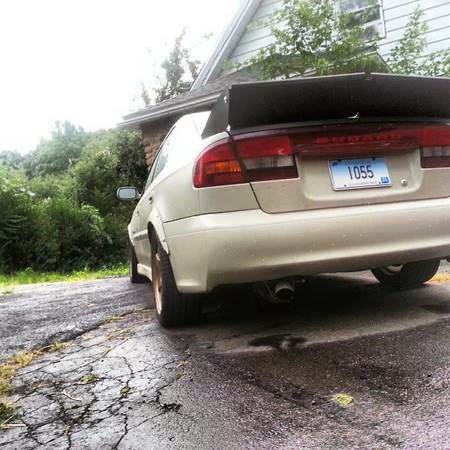 See another wild looking upgrade that makes barely more power than stock and looks like a prototype from Professor Fate’s lab?  Press the button Max!  tips@dailyturismo.com