The idea of creating a custom shooting brake 1st generation Mustang isn’t new, in fact many claim that Ford was working on its own station wagon version of the Mustang in the 1960s.  Unfortunately, the creator of this Mustang shooting brake was probably shooting something else while in the design phase because it is an abomination.  Find this 1966 Ford Mustang Shooting Brake Custom 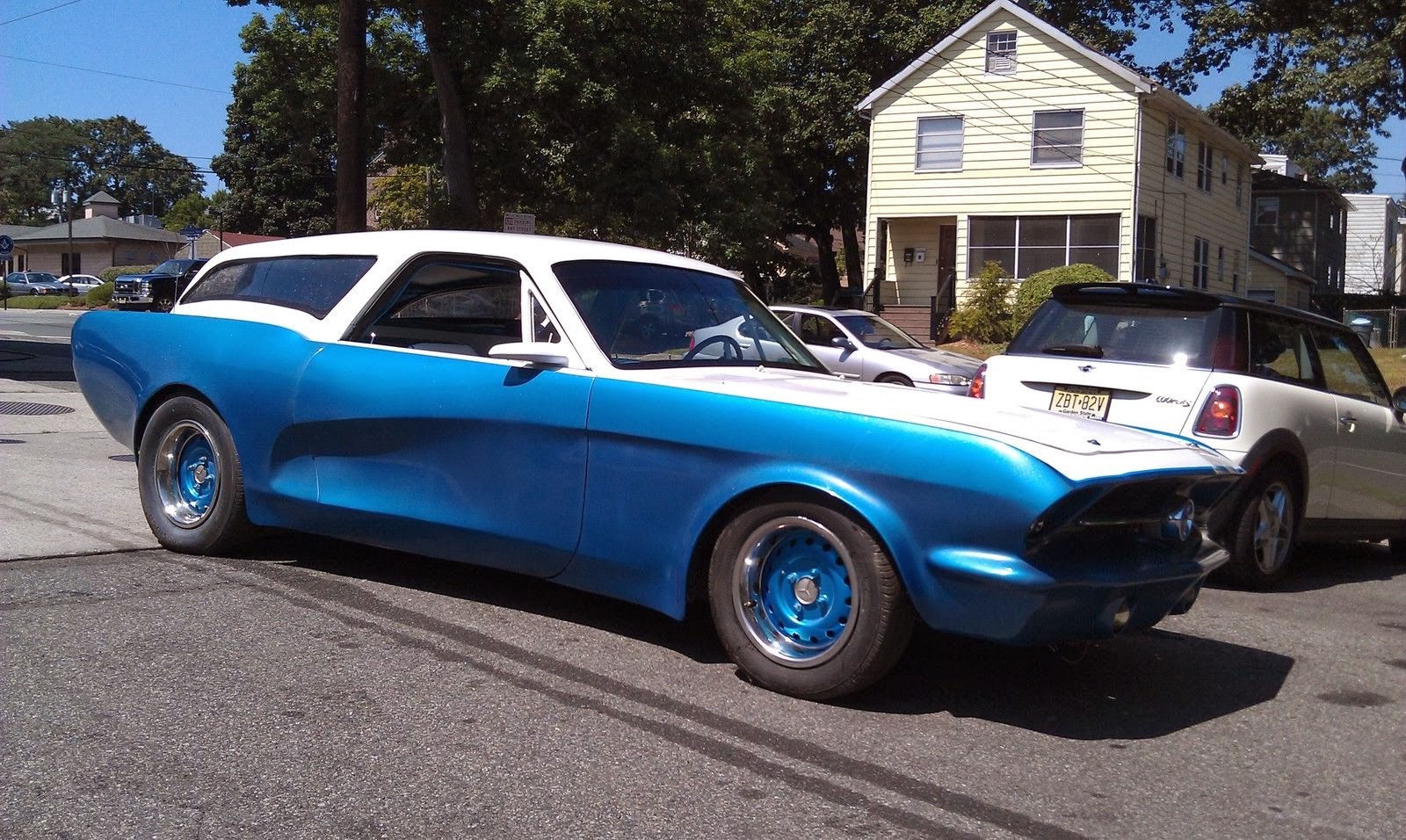 The first generation Mustang (1964.5-1966) is as American as apple pie and baseball, almost to a fault.  Taking a 1966 Mustang and doing this to it; is like burning an American flag while dancing on top of the grave of Betsy Ross, singing the North Korean national anthem and ripping up your passport — all at the same time.  The weird part is…I sorta like it.  C’mon, it is a shooting brake Mustang with Mercedes center caps…what’s not to love? 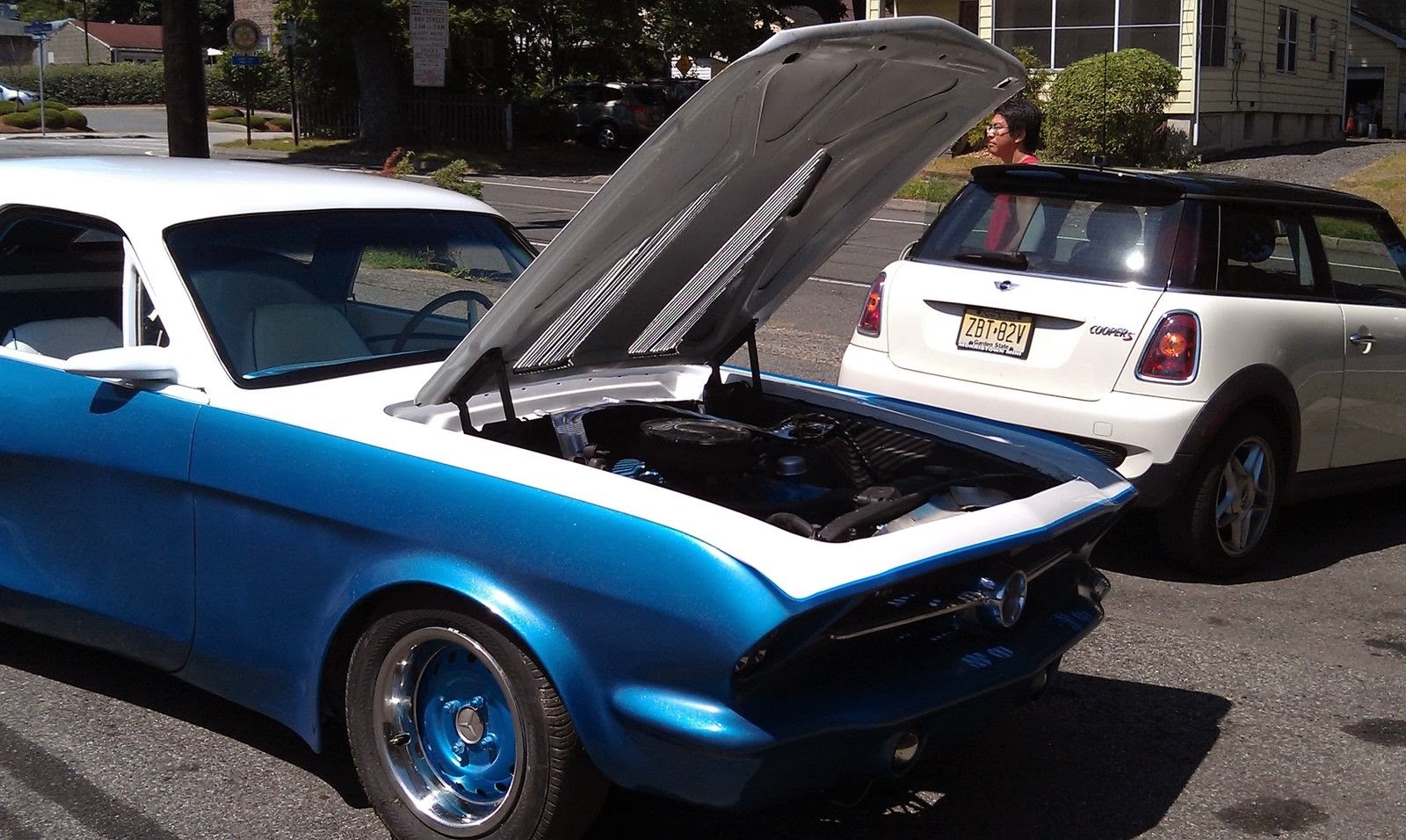 Under the hood is Ford’s 200 cubic inline-6, good for 120 horsepower when new.  The non-cross flow engine and intake manifold cast into the head makes additional power tricky to find, so swapping in a cheap 289 or 302 V8 is the way to go.  Why anyone would spend this much time on custom body and leave the original inline-6 alone is a mystery. 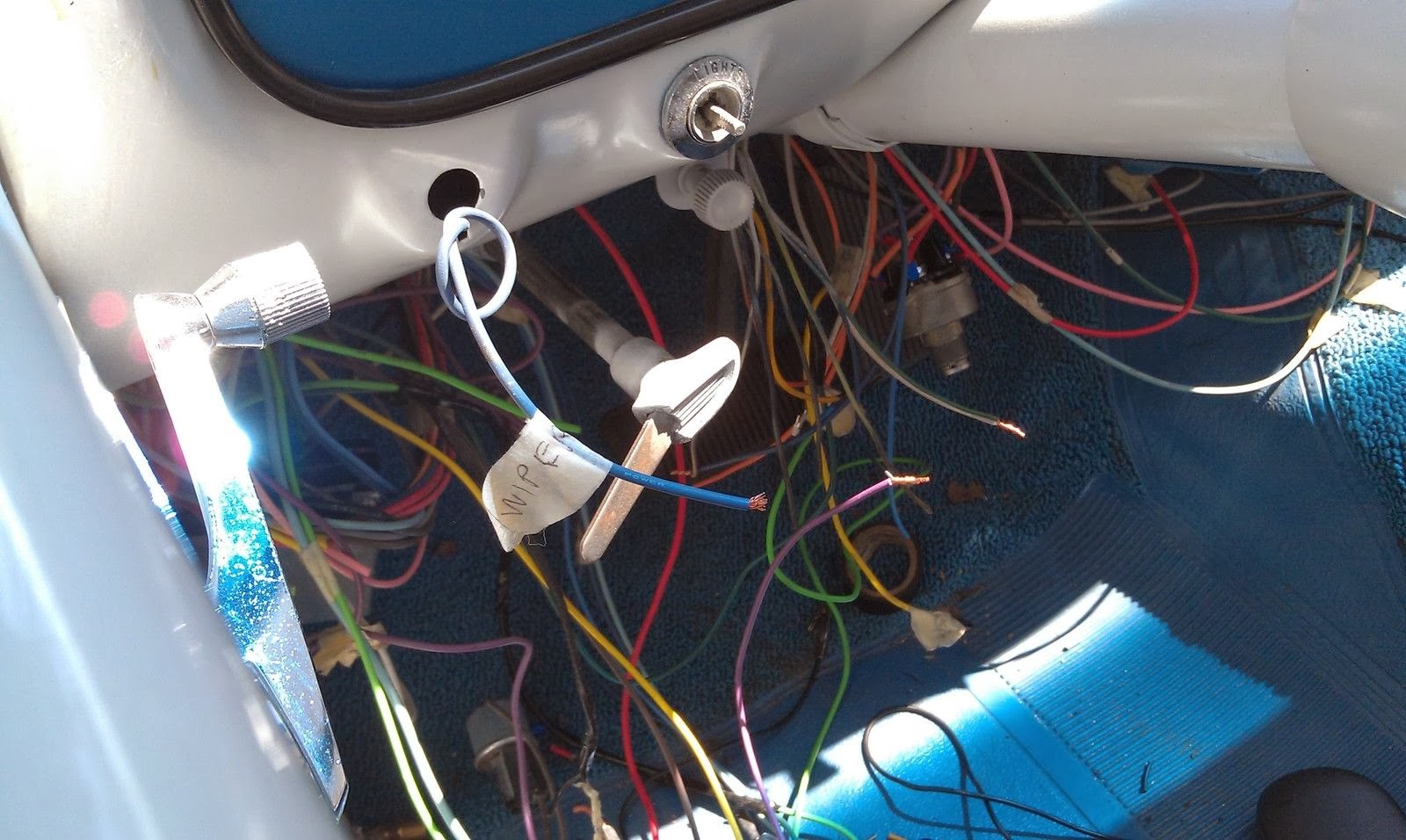 Inside is more custom fabrication and what looks like a set from the 2008 movie The Hurt Locker.  Connect the blue wire to the red for wipers?  Seriously?  A 66 Mustang only has about 3 wires for the entire electrical system, how on earth did they manage to create a rats nest like this? 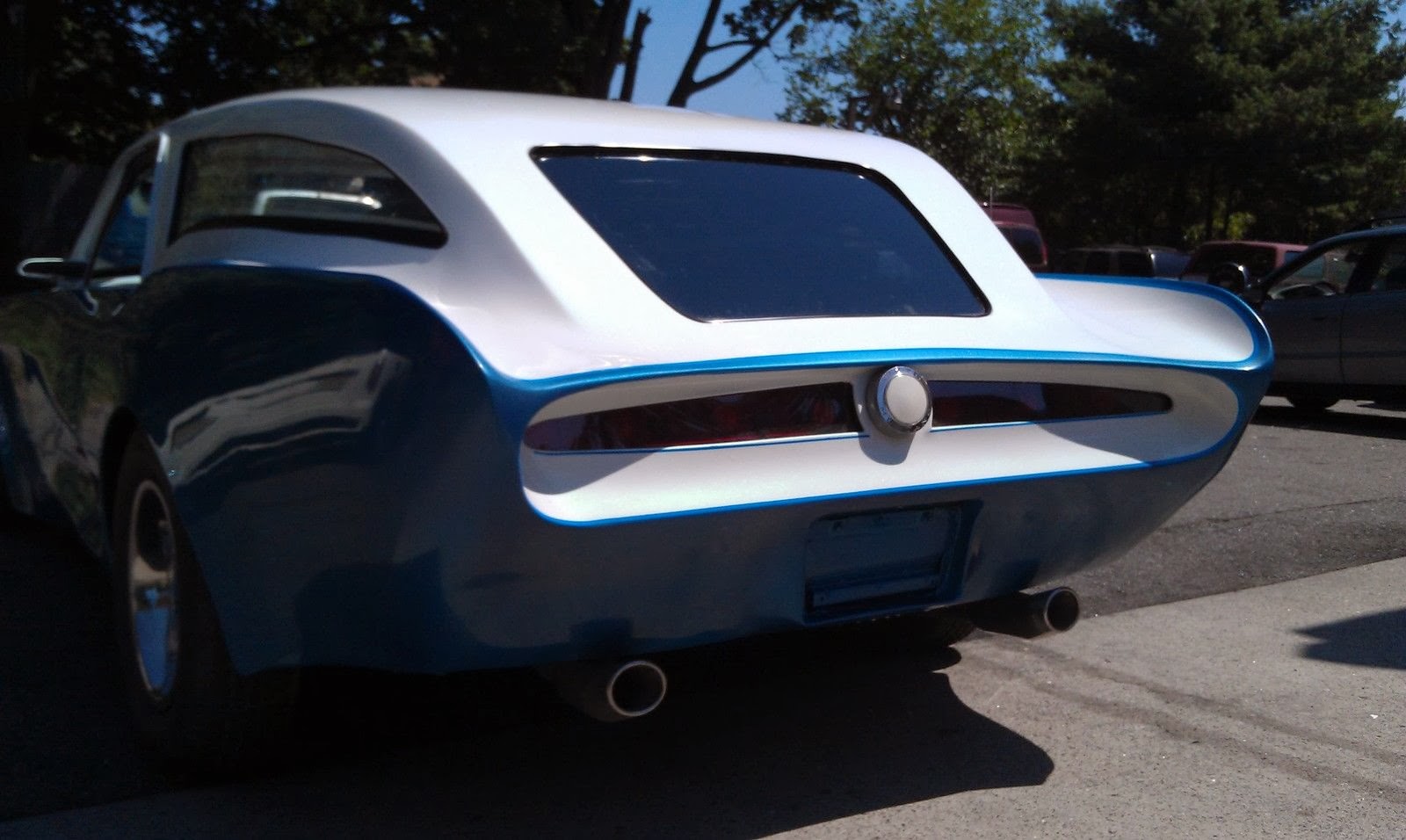 Our buddy David Toth of Classic Resto Garage shared this on his facebook page.