We at the Daily Turismo have longed for the day when used  Dodge/Mercedes Sprinter vans would litter craigslist/ebay for pennies -and YES that day has finally come!  Here in North America it has always been possible to pickup some cheap used van but they always come with gas guzzling V8s and gigantic load capacities, but our lucky neighbors in Europe and Asia have had access to car-based vans with enormous cargo holds, but none of the humongous up-sizing of frames/chassis/suspension/drivetrain and fuel sucking weight that are associated with the classic Detroit take on the van.  Today’s Wasteland Wednesday feature is a 2002 Dodge/Mercedes Sprinter van, for sale in Philadelphia, PA currently bidding on ebay for $3,550 with 2 days to go. 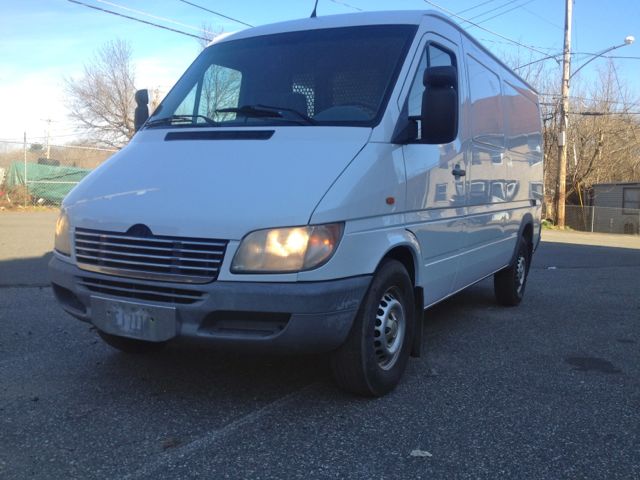 For decades all sorts of small mom/pop businesses and delivery services outside of North America have relied on car-based light duty commercial vans to move stuff around.  For some unknown reason this same need was ignored in the USA for years with the only option being a large gas V8/V6 powered truck-based Van (Dodge Ram, etc) or upgrade to full heavy duty commercial vehicle with a large inline-6 diesel.  The light duty van such as the Dodge (badged Dodge, but actually built by Mercedes) Sprinter is able to achieve almost automobile levels of fuel economy (some owners report in excess of 30mpg on the highway) by keeping weight down and engine small. 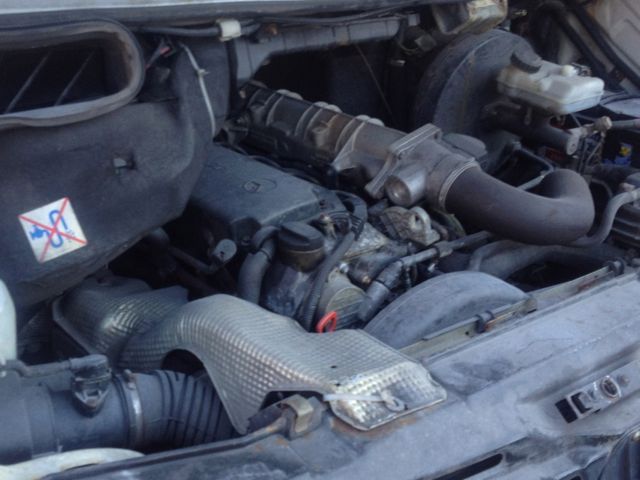 The Sprinter is powered by a 2.7 liter inline-5 cylinder turbo diesel engine – the OM602 an engine originally used in the W201 C-class sedan and built to last through the Zombie Apocalypse and then some more. Zombies will be able to drive this thing when they evolve the ability to use a brake pedal. The resulting 156 horsepower won’t make the Sprinter a king at the dragstrip, but its a damn van and why do you need 400 horsepower to deliver flowers around the city?  Engineers at one of the big three would have demanded that a vehicle of this class have at least 400 ft-lbs of torque so that it could maintain 75 mph pulling 10,000 lbs westbound I-24 over Monteagle Mountain..and suffer with 8mpg….but why?  It’s a van…just drive slower uphill…it’s not a big deal. 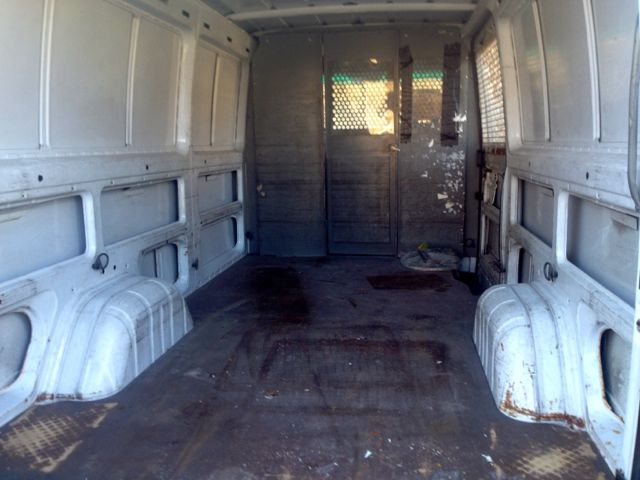 Another nice thing about putting a car sized engine into a light duty van is that now you don’t need huge suspension parts to carry all that weight and the resulting load floor can be lower to make getting goods/in out easier and generally put more stuff inside. 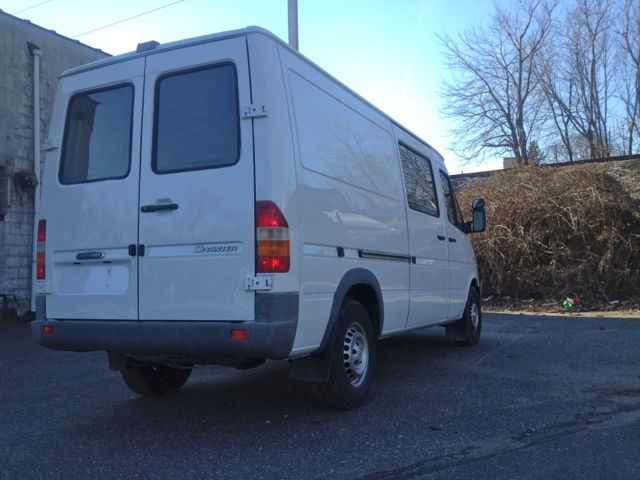 For years the prices of a used Sprinter van had stayed high because they were so much better than the competition, but with a few miles and more examples on the road they have finally dropped to cheapskate prices and we couldn’t be happier.