I’ve had a few people ask me recently for recommendations for a good late model 4-seat convertible in the $5k range, and I typically point them toward BMW’s 3-series, any modern Saab (haha, suckers!!), Volvo C70, maybe even the Toyota Solara if they hate driving…but I’ve never given a recommendation for a Mercedes W124…until now.  Find this 1993 Mercedes-Benz 300CE Convertible offered for$5,900 in San Juan Capistrano via craigslist.  Tip from FuelTruck. 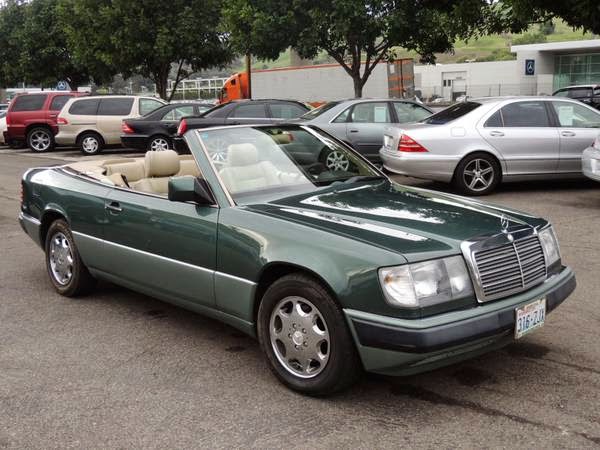 This is your basic W124 E-Class, but without a fixed roof, which is not a common model.  When you think W124, you don’t think about the rag top, probably because (according to dailmer) out of the 2.5 million W124s built for worldwide consumption, only 6,000 were made in cabriolet configuration. 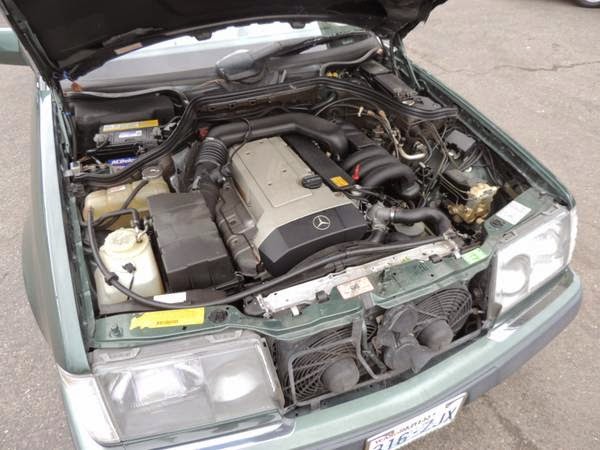 Power in the 300CE comes from a 3.2 liter version of the M104 inline-6 (the same as found in a Ssangyong Korando) that is rated at 220 horsepower and 229 ft-lbs of torque.  It is mated to a 4-speed automatic gearbox and should be great for open top commuting. 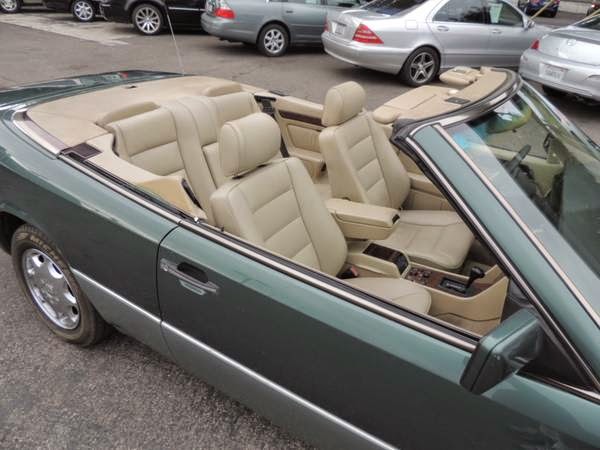 The interior of this W124 looks great for a 22 year old convertible, but it only has 115k miles on the odometer.  You should expect the mechanical components to outlast the interior, but with proper car it should continue looking good for years. 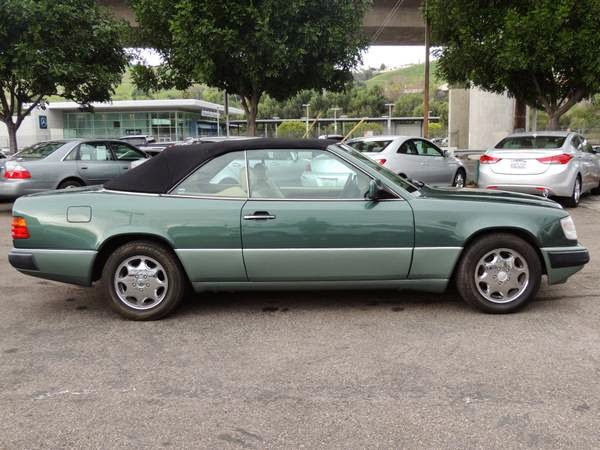 See another low production rag top to add to the list of late model convertibles to recommend to strangers? tips@dailyturismo.com