The Mercury Comet was originally conceived as an addition to Ford’s ‘Edsel’ brand. By 1960 when it was released, that brand was gone and it was sold in Ford’s Mercury dealers.  This 1962 Comet is the desirable S-22 edition and will need some restoration – but is priced at $2000 ‘green federal fake notes’ or ’80 real silver dollars’ and located in Apple Valley, CA. 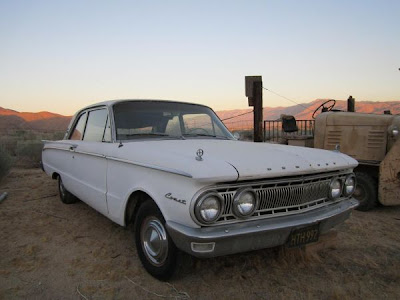 The Comet shares a platform with the Falcon and Mustang – so getting parts to bring this “ran when parked”(didn’t every car run before it was parked?) back to ‘hurtling-through-space’ condition shouldn’t be a problem.  Fuel lines, brake parts & V8 w/ manual transmissions are all available to make this car a daily turismo.  Original black plates and a claimed “rust free” are huge pluses! 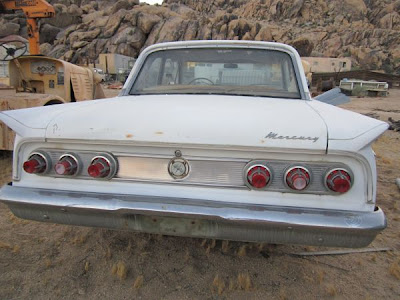 The S-22 package was a “sports option” that added a third tail light to each side (regular Comets only had two), a center console, some badges and bucket seats, but nothing to improve the performance of the 101 horsepower inline 6 driving through a slushbox automatic in this example.  The vestigial tail fins are a last reminder of the golden era of American cars attempting flight and disappeared from the Comet line a few years later. 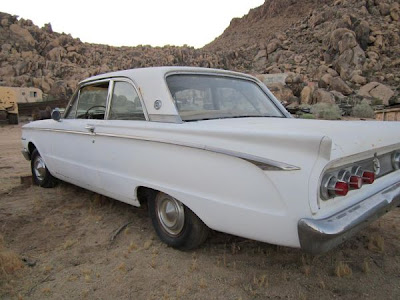 Finally – it would be negligent on the part of the dailyturismo to not mention the particulars of this advertisement and the seller.  The words “Heathen DMV” and “Lawful Silver Dollars” repeated a few times are a warning to not show up at the sellers desert villa wearing a olive windbreaker with the letters ATF on the back.  In fact – it would be best to setup a time to meet, arrive on-time (not early…not late) and announce your presence and intentions in a loud and clear voice before getting too close.  Bring some liberty dollars and you will surely have a pleasant buying experience, but show up with some kind of fiat money and you might get eaten.  We warned you.