The Alfa Romeo 75 was badged in the US market as the Milano between 1985 and 1992.  The Milano has the honor of being the last car released by Alfa before they were acquired by Fiat and the name 75 was in reference to the 75th anniversary of the Milanese born Anonima Lombarda Fabbrica Automobili.  The 75/Milano will be forever remembered as Alfa’s last true rear-drive executive sedan and owners claim the seats are fabulously comfortable.  Find this 1988 Alfa Romeo Milano Verde 3.0 offered for $5,000 in Upstate New York via craigslist.  Tip from Cory. 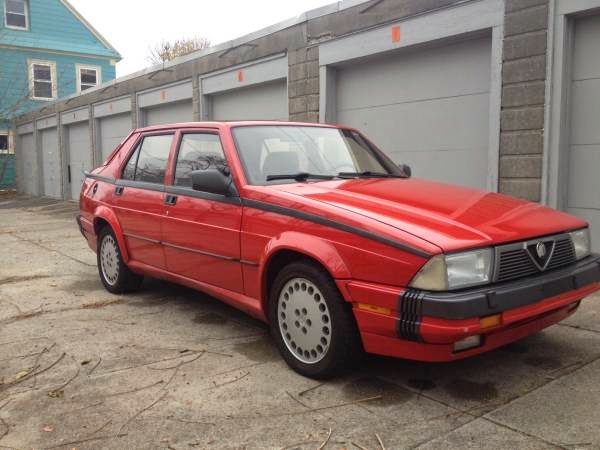 Tipper Cory went one step further than a simple tip and contacted the seller for a few more bits of information. The seller has owned the car since 2005 and states the he had the timing belt and pump service done within this past year, probably under 500 miles ago, also replaced the front seals (cams, main seal) which had started leaking from age. 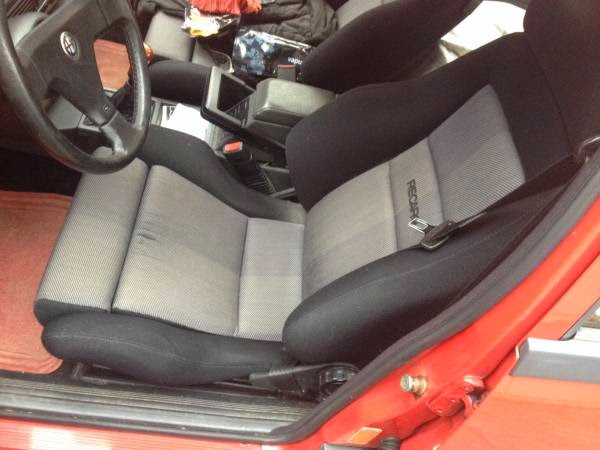 Inside are those famously comfortable stock Recaro seats and a proper manual transmission shifter sticking up through the center console.  The Milano’s US spec V6 made 188 horsepower and 184 ft-lbs of torque from its 3.0 liter dual single overhead cam setup.  The back of the crankshaft is bolted directly to a two piece driveshaft with guibos that runs at engine speeds and is mated to a transaxle in the back.  The transaxle is surrounded by inboard disc brakes and a de Dion tube rear end — cool stuff but expensive if something needs to be fixed.  A brake job might not cost as much as one on a Citroën DS, but it will cost more than on a Fox Mustang. 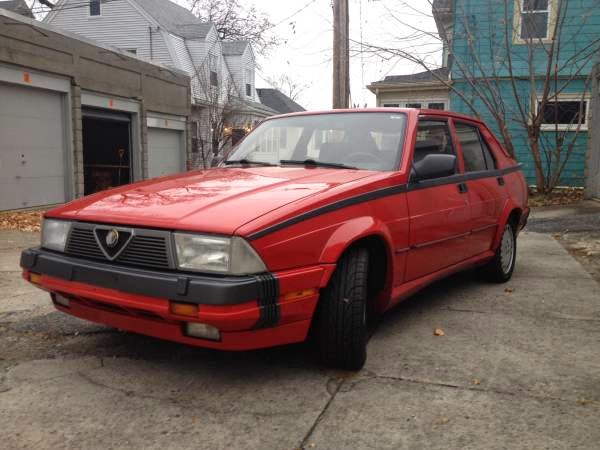 See another way to get your 80s Italian groove on without breaking the bank?  tips@dailyturismo.com