The Mini Cooper hardtop (aka Hatch) was a BMW born revival of the Mini marque designed by Frank Stephenson (Maserati MC12 & Quattroporte, Ferrari F430w & 612 Scaglietti, McLaren  MP4-12C).  In the USA, the Mini was available as a Cooper (basic engine) and Cooper S (supercharged) trim and for many years retained most of its original MSRP.  The Mini Cooper S was a hot item when new and only depreciated significantly when the next generation appeared in 2006, but today you can pick up a used Mini Cooper S for pence on the pound…errr…I mean pfennig on the deutschemark.  Find this 2004 Mini Cooper S

with 6-speed manual currently bidding for$4,100 with a day to go, located in Philadelphia, PA. 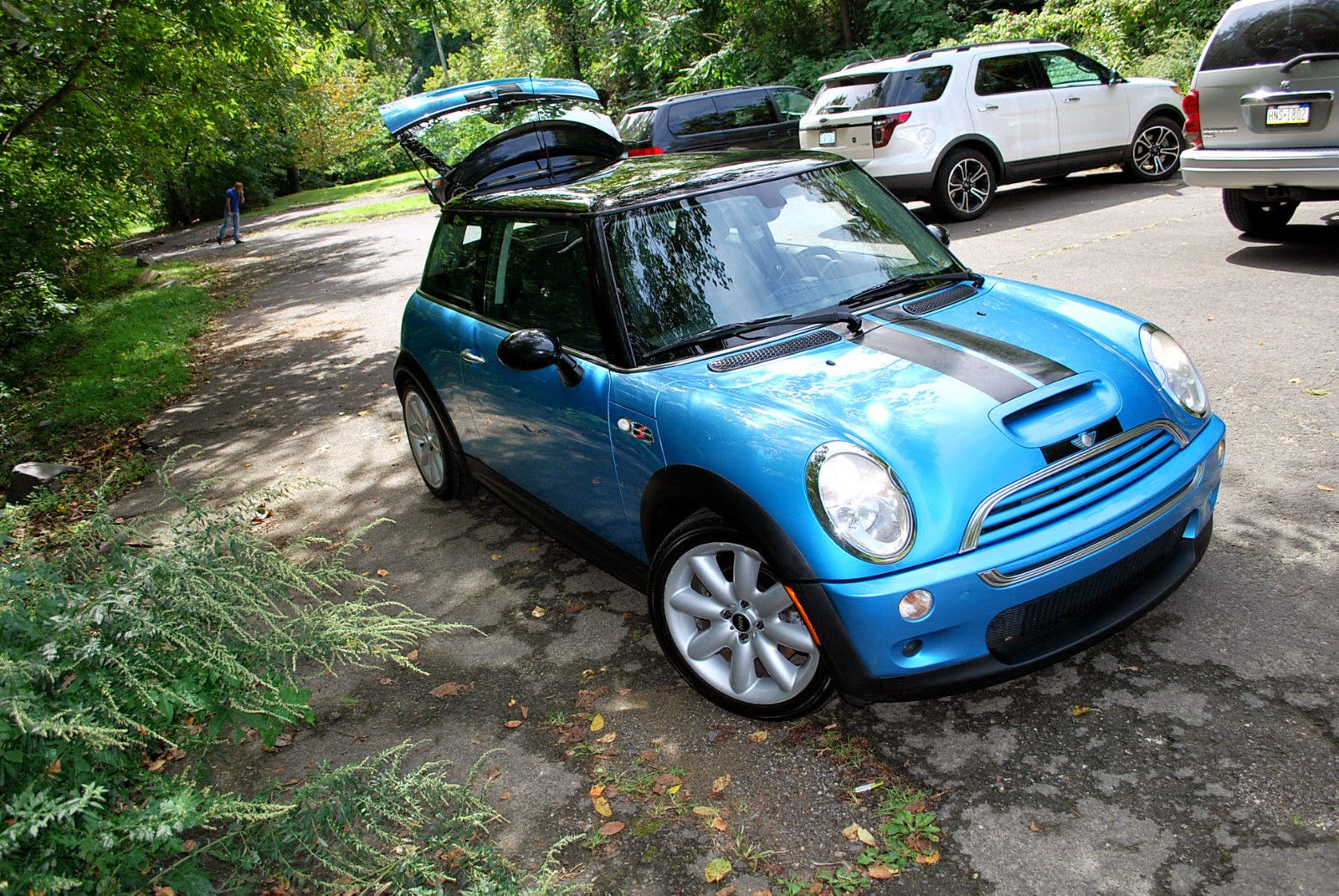 The Mini Cooper S uses a transverse setup engine to put power to the front wheels, but it is known among car guys as one of the best handling front-drive cars ever built.  The key is in its sub 2600 lb curb weight and wheels set far out at the corners of its small chassis.  The sport tuned suspension in the S version also helps. 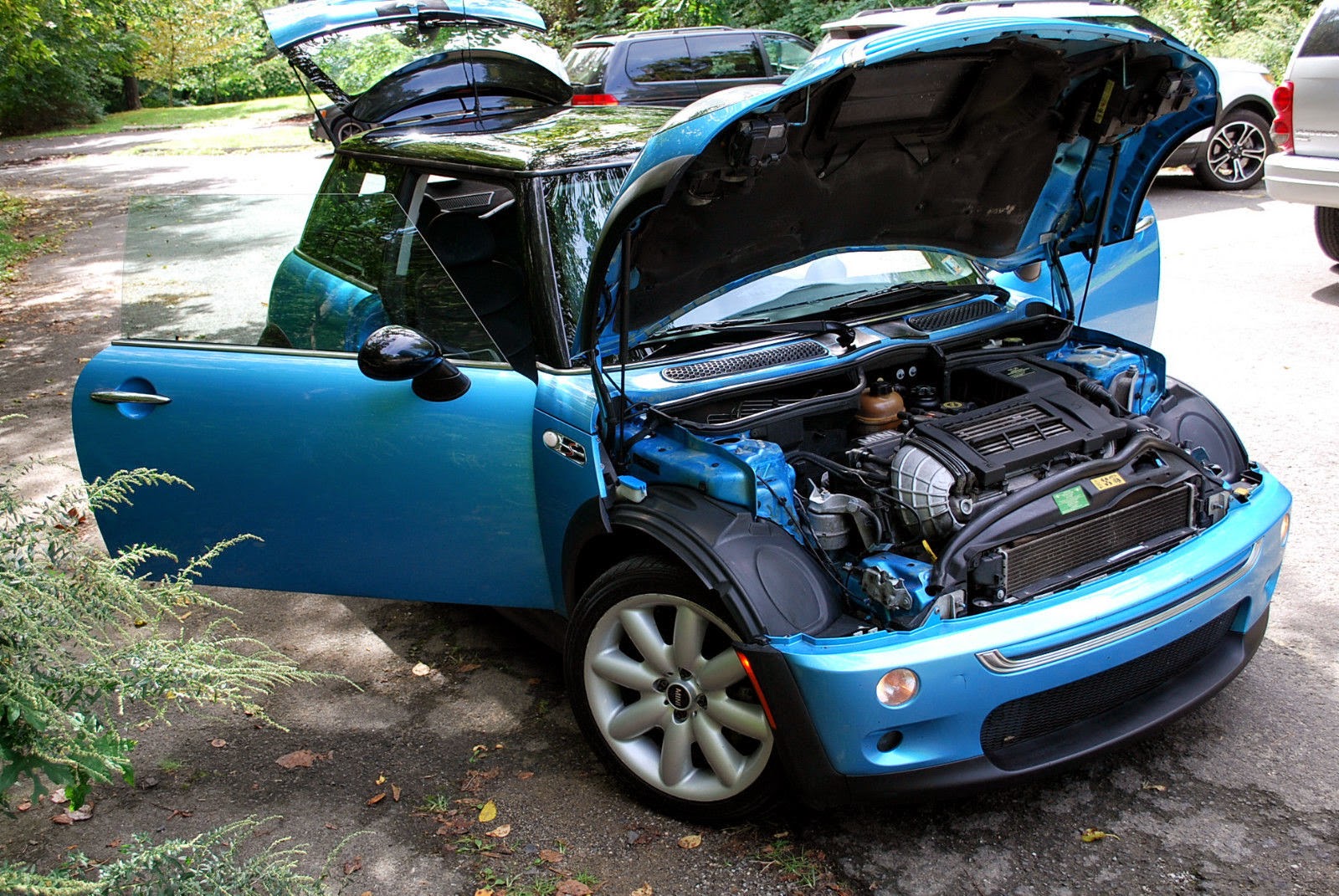 The early Cooper S is powered by a 1.6 liter Tritec engine, which was built from a joint development between Chrysler and BMW.  The supercharged version puts out 160 horsepower and uses a 6-speed manual transmission. 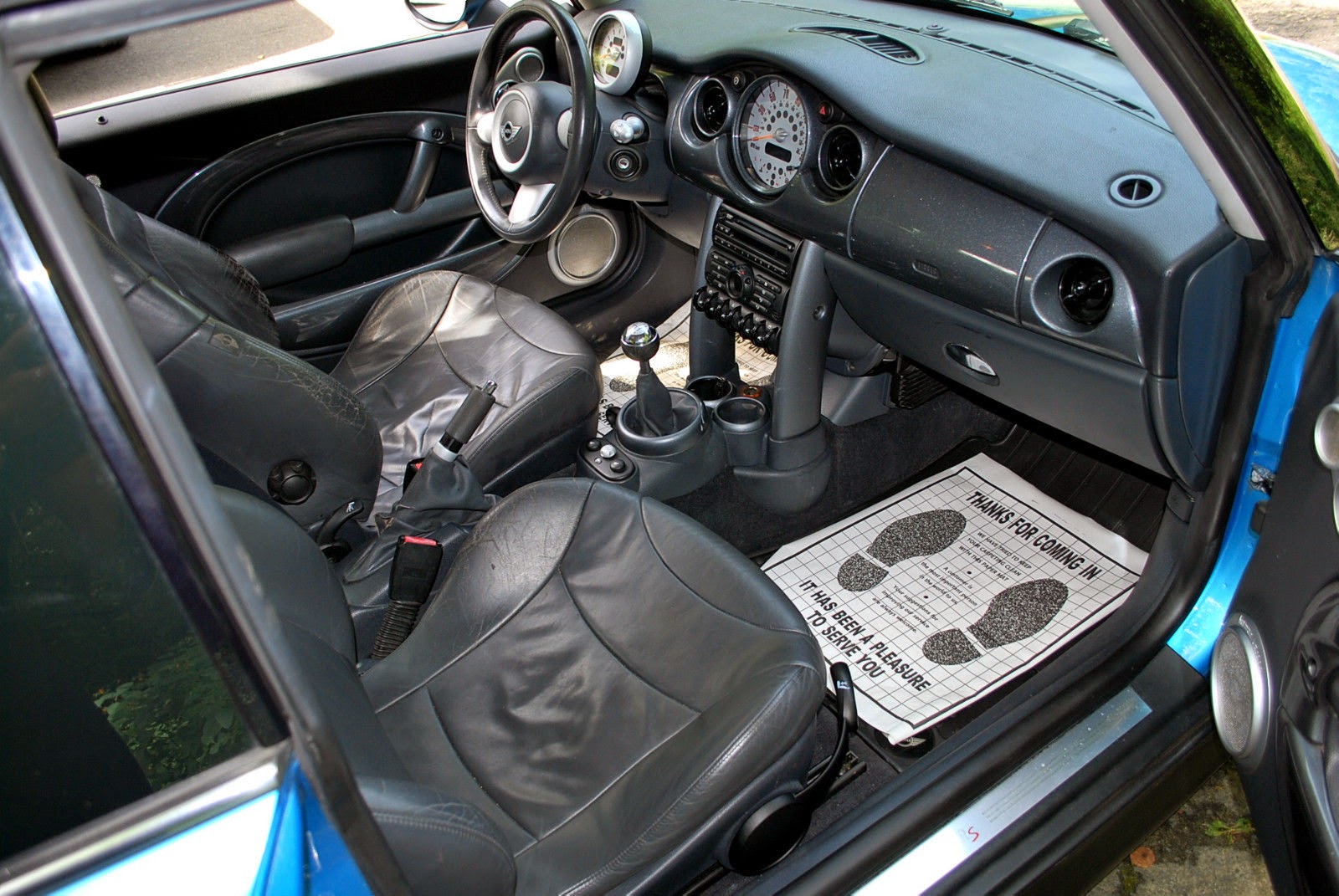 The Mini interior was the talk of auto shows when it first came out, but the center mounted speedo cluster wasn’t everyone’s cup of tea.  This one has some age on it, but doesn’t look bad for the price. 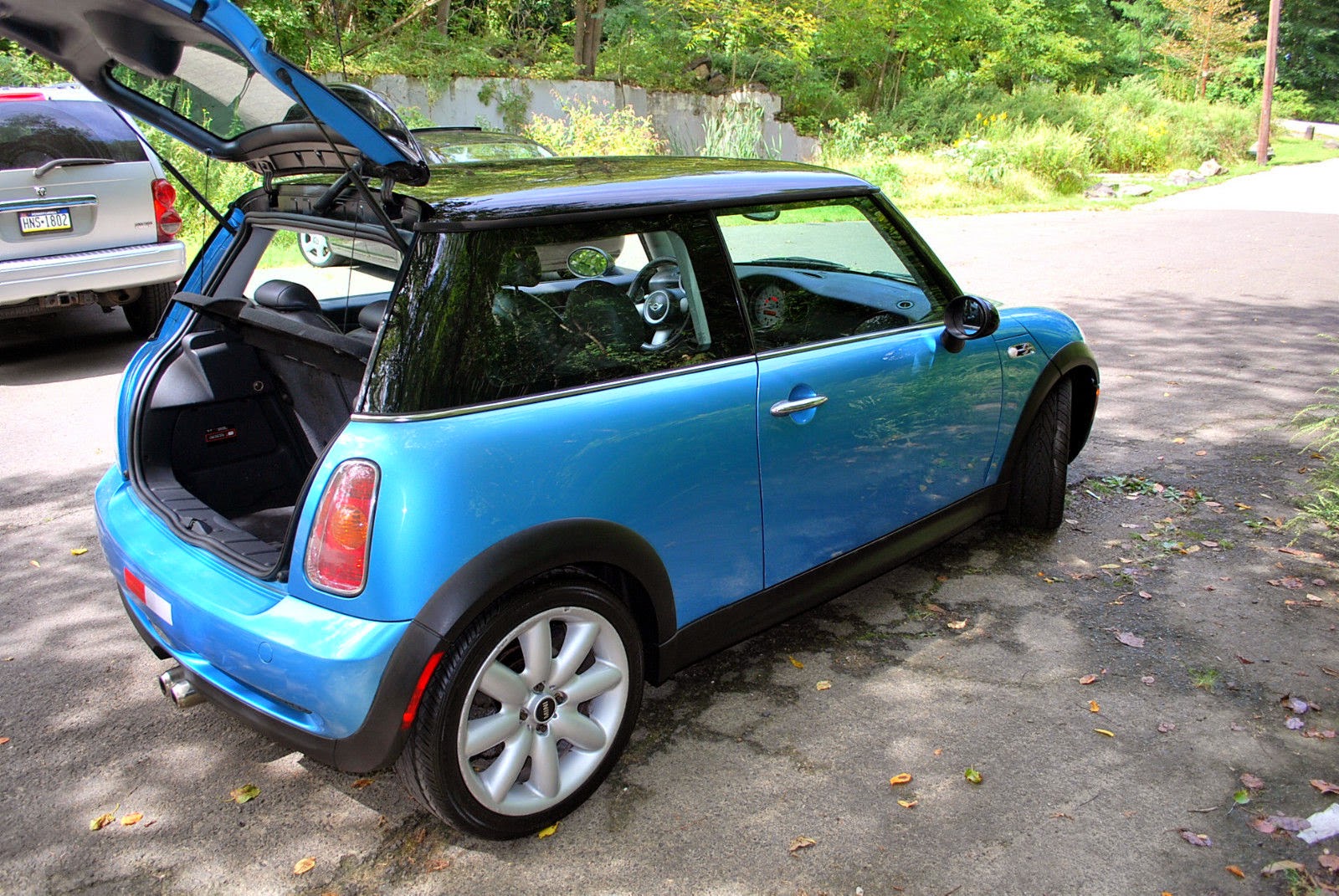