The Saab 96 was the final evolution of the original aerospace derived and teardrop shaped Ur-SAAB.  In typical Saab fashion, the 96 continued in production long after its planned replacement (the 99) was released, in fact the 96 continued in production through 1980.  Today the 96 makes a great uncommon alternative to something like the VW Beetle and can be picked up for not a lot of cash.  Find this 1972 Saab 96 offered for $3,950 in Hobe Sound, FL via craigslist.  Tip from JPB. 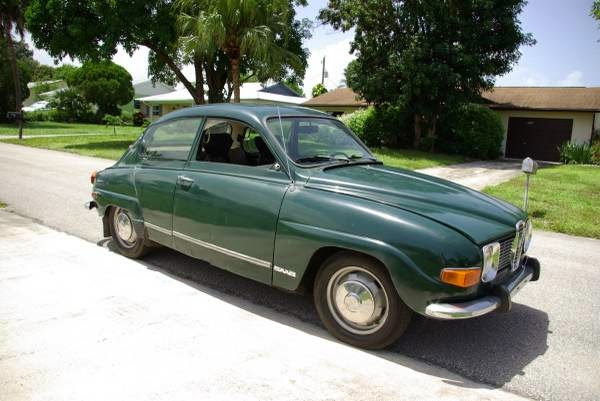 The list of cars you can pickup with a V4 engine today is limited, because only Lancia, Ford of Europe (SAAB used the German one) and ZAZ built the V4 configuration for production automobiles (although Porsche uses one in their 2014 919 LeMans Hybrid Prototype racer).. This emerald green coupe looks familiar, but I couldn’t find the exact vehicle.  The seller admits he purchased it 6 weeks ago, so it could have been one of the many tips from DT readers that arrive each day in the tips inbox. 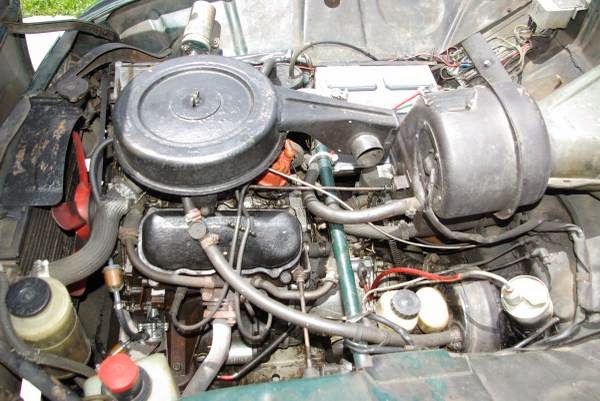 The two-stroke SAAB may have been the one to get all the press, but the V4 is easier to maintain, makes about the same power (65 hp for 1.5 liter V4, 60 hp for 841cc 2-stroke) and will do it while consuming considerably less gasoline and engine oil. 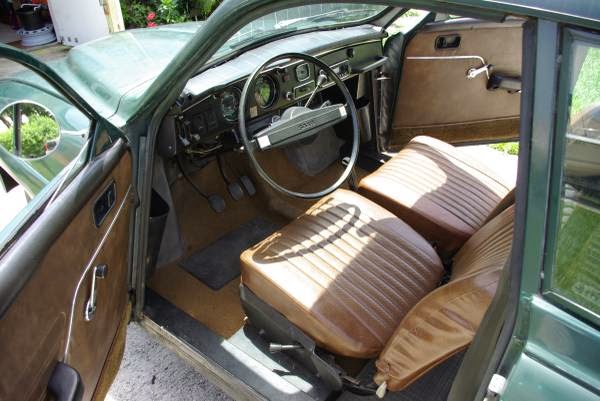 The interior doesn’t look bad in this 96 and if you look closely you might be able to see the foot activated toggle switch that can turn on/off the freewheeling clutch mechanism that allows the engine to run at idle while you cruise down hills.  It was a necessary evil from the 2-stroke engine that would have consumed itself down a large grade, but an odd feature that you will show to your friends if you own a Saab 96. 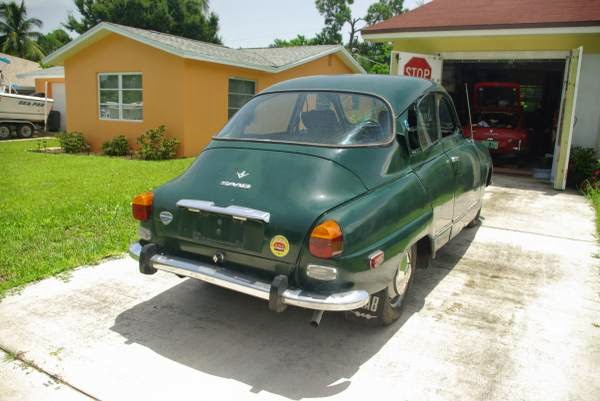