The first generation Bronco was released in 1966 on the heels of Ford’s recent ultra successful Mustang launch.  Whereas the Mustang was hastily built on the existing Falcon chassis, the Bronco was an entirely new platform and
only shared its engines/trannys with the rest of Ford’s product line.
The Bronco took the off-roader and tailored it for
family use as the blue oval’s competitor to the Jeep CJ and International Harvester Scout.  Throughout the years, many Broncos have been hacked up by guys bent on climbing higher mountains and precious few remain in original condition.  Find this 1966 Ford Bronco

currently bidding for $6,700 with a few hours to go on ebay, located in Las Vegas, NV. 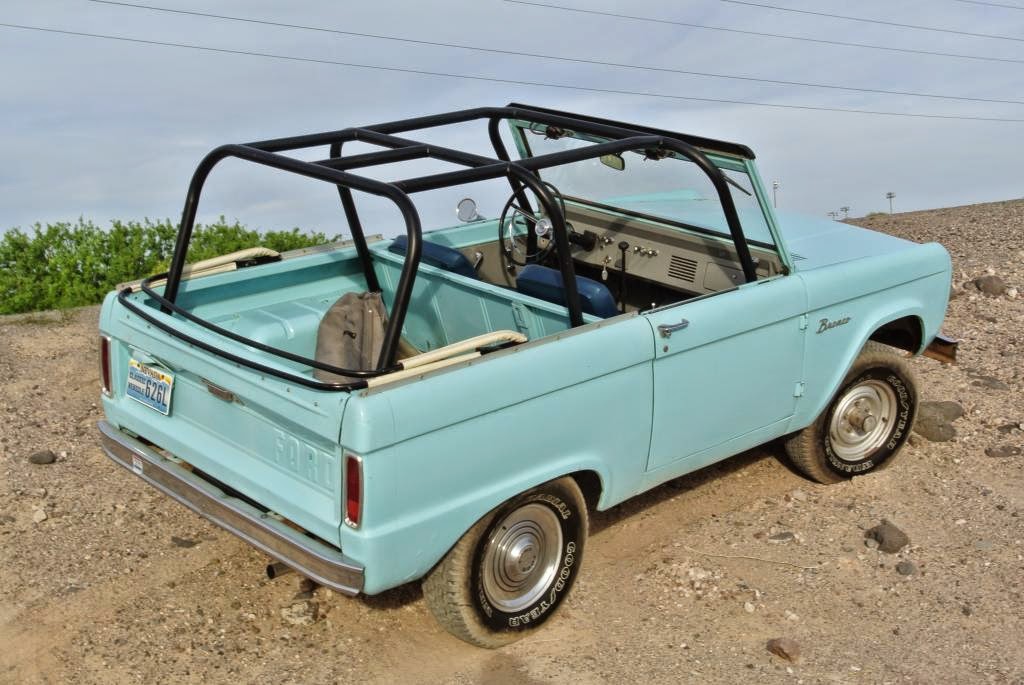 I really hate to use such an overused cliche, but this Bronco is covered with a fine patina or age. The underside looks like it has freckles, and while it isn’t something that would give you cause for concern in the new few years, it is something that will need to be addressed in the next decade before it gets too bad. 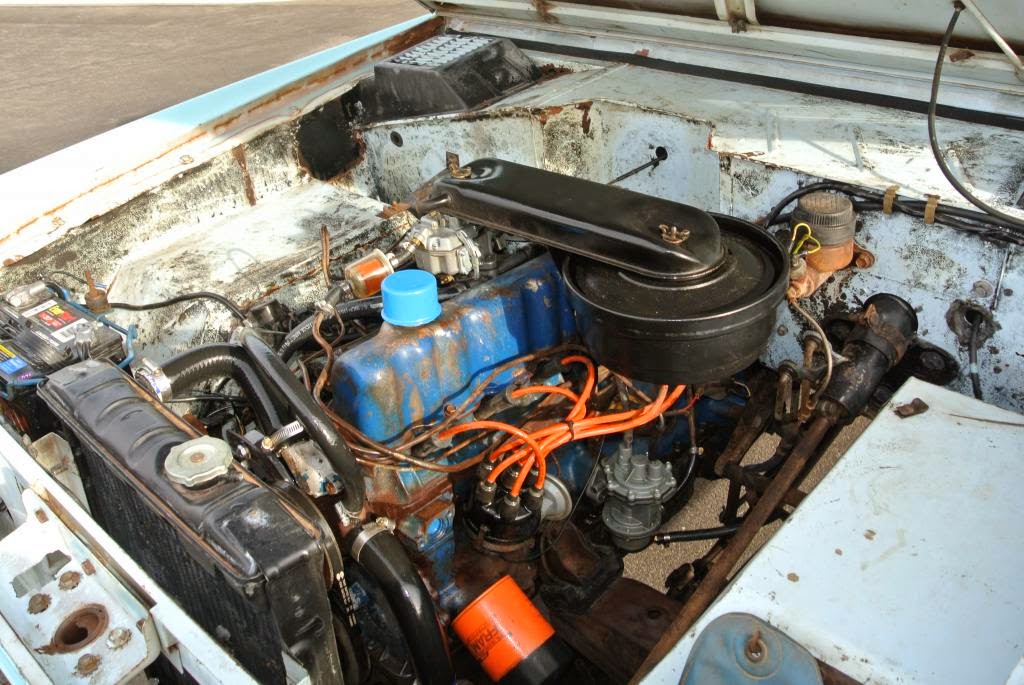 The engine bay looks really scruffy, but the 170 cubic inch inline-6 allegedly runs well and has some recently rebuilt parts.  The 2.8 liter engine is rated at 101 horsepower and it won’t be fast, but it will be decent on fuel and fairly robust. 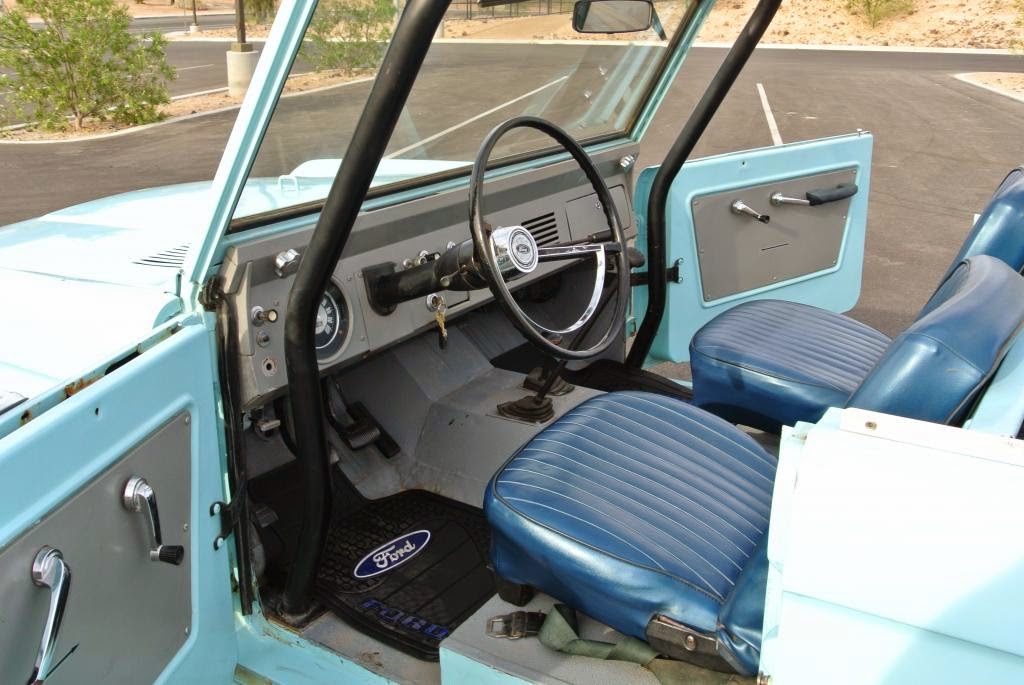 The interior has been redone at one point in time and doesn’t look bad.  The seller also says it has had one repaint, but it is showing some signs of rust here and there.  This is not a museum quality example, but a good driver ready for some light off roading. 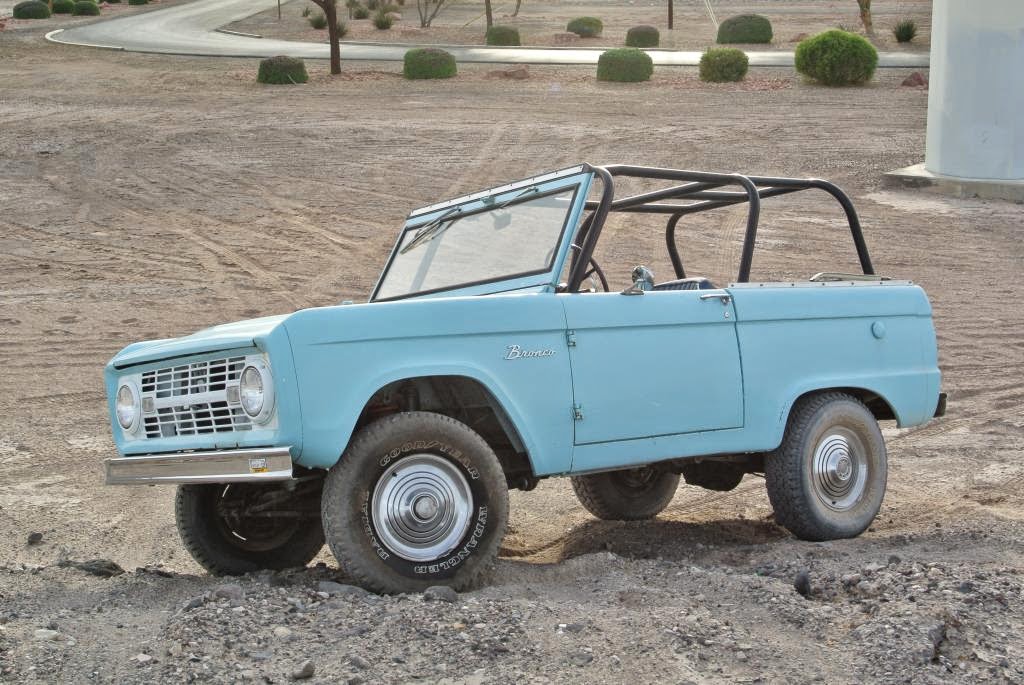