When Pontiac were developing their first generation Tempest, they needed a small displacement, frugal engine for the mass market, but didn’t have the budget for a full scale development effort.  So they took the 389 V8 and hacked one bank of 4-cylinders off, and created one of the strangest looking 4-cylinder engines in existence, the Trophy 4.  Find this 1962 Pontiac Tempest offered for $5,500 in Artesia, CA via craigslist.  Tip from FuelTruck. 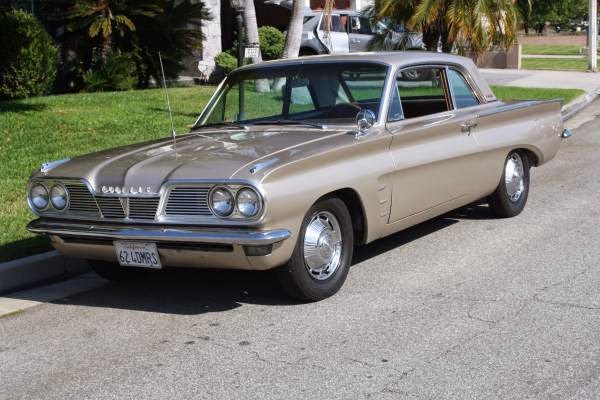 The first generation Tempest was developed by a young John Z DeLorean who had yet to become the head of Pontiac division or start his own car company, get entrapped by a sting operation — you know the story.  The Tempest featured some radical stuff for the day, an inline-4 cylinder engine mated via a “rope drive” to a rear mounted transaxle, and 5 lug on 4.5 inch bolt pattern (a wheel configuration not shared by anything in the GM stable, but a few years later was used by the V8 Mustang). 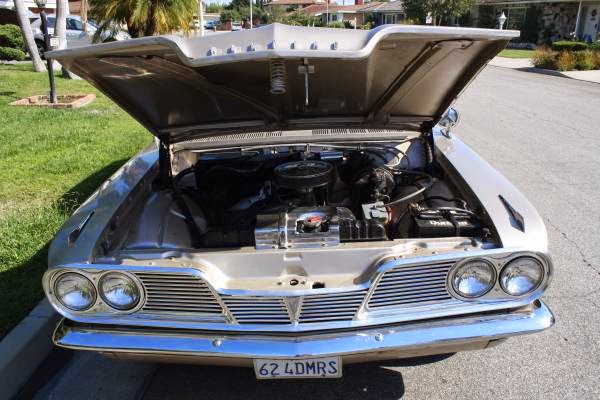 Under the hood is a misshapen lump that looks like a V8 that has been
given a unilateral mastectomy…which is essentially what the Pontiac
engineers did.  All the V8 smoothness was replaced with the inherent
imbalance of a 3.2 liter inline-4 and power was transferred via
Pontiac’s rope drive to the rear mounted transaxle.  The fact that the
Trophy 4 weighed 200 lbs more than the optional Buick 215 alloy V8 is
truly ironic.   No word from the seller if this is a 115, 140, and 166 horsepower version, depending on which carb and compression ratio was used from the factory. 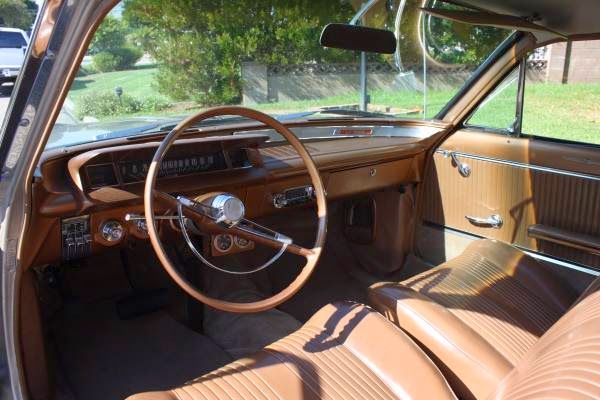 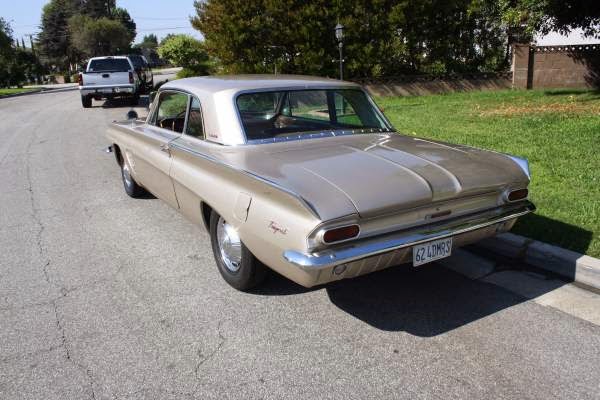 See another ’62 for the Mrs?  tips@dailyturismo.com