In 1961 Ford introduced the Econoline van as a competitor to Chevy’s
Corvair Greenbrier and Volkswagen’s Type 2 (Bus).  Ford’s Econoline was based on the Falcon chassis and wasn’t some wacky aircooled rear engined
setup.  It was instead configured like a miniature cab-over truck with the engine up front to warm the driver’s bottom.  The Falcon chassis used inline-6 and V8 engines, so this means that the Falcon center of gravity is slightly higher compared to the flat engine equipped competition from GM/VW and an engine hump protrudes a bit into the passenger space.  Find this 1963 Ford Econoline Camper

currently bidding for $4,619 reserve-not-met on ebay with one day to go, located in Fairport, NY. 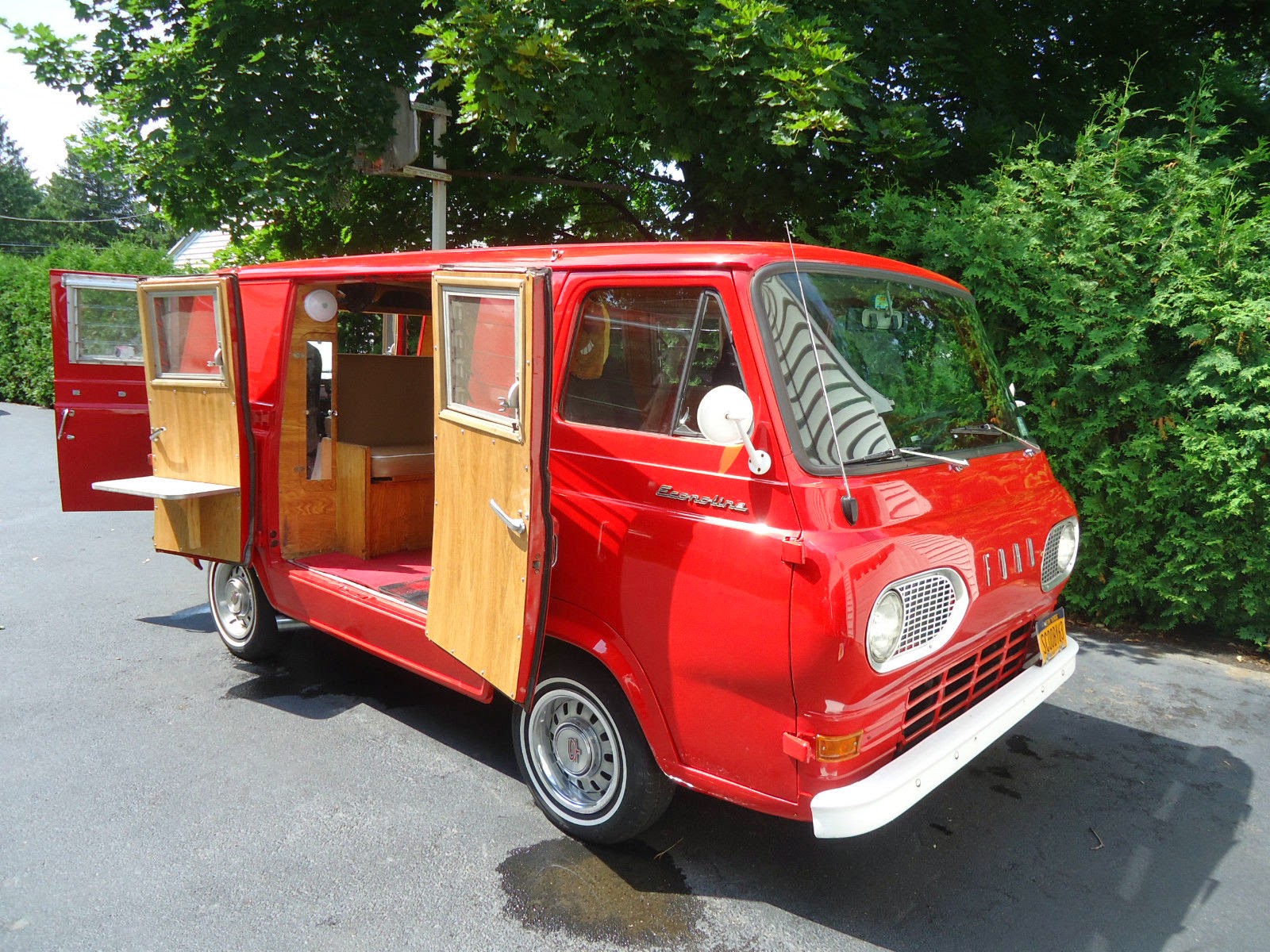 The van may have started life as a basic Econoline, but it was sent to Travco in California for a camper conversion.  It was originally a rare Dagenham 4-speed optioned car with a 121 cubic inch inline-6, but it is now powered by a 200 cubic inch engine from a ’78 Ford Fairmont.  This might be a downgrade because the late 70s Fairmont engine only puts out 85 horsepower, but it could be opened up with some reduction in smog equipment. 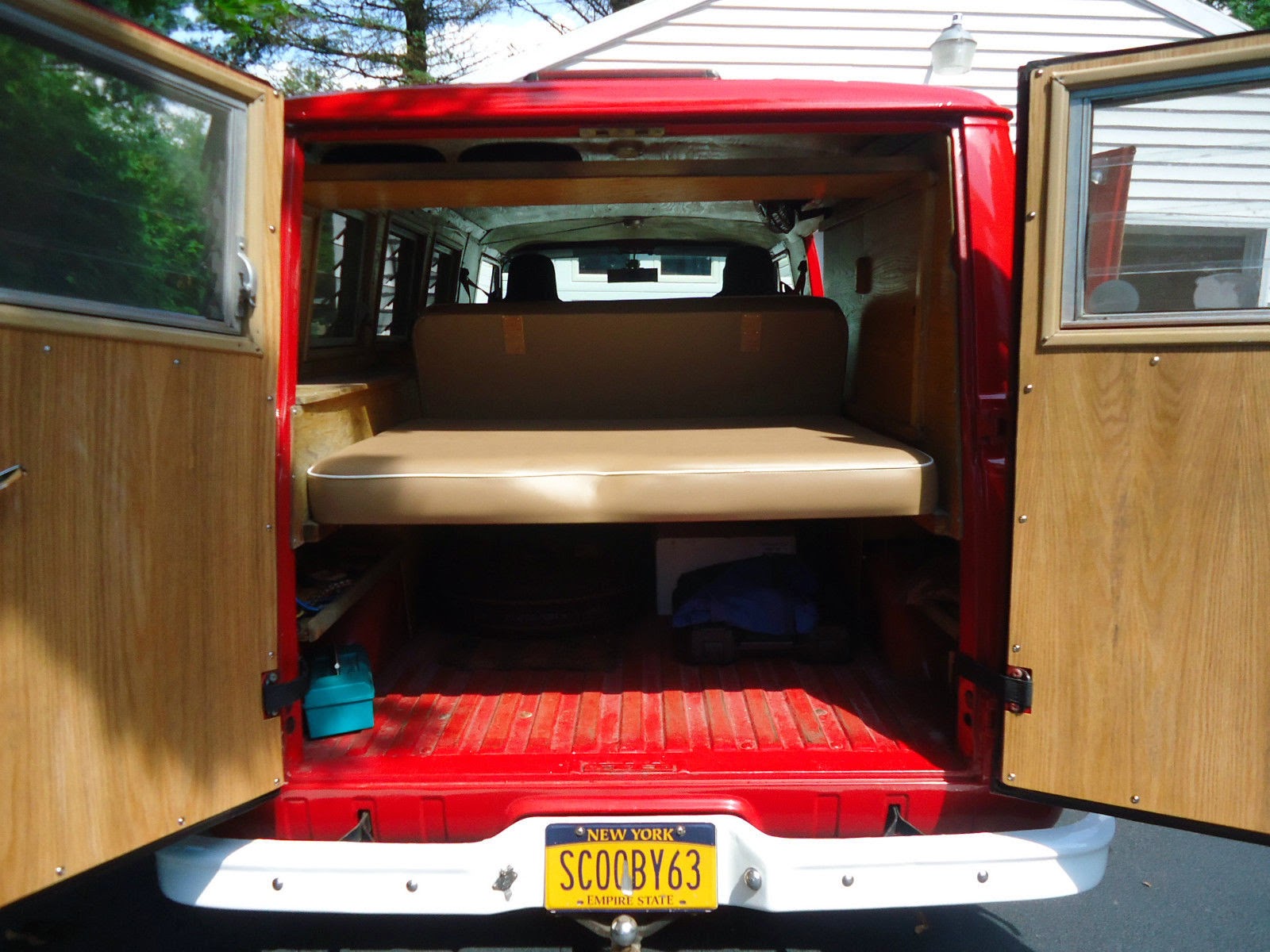 According to the seller, the conversion includes: 7 Jalousie windows & fully paneled in Oak, with closet, storage cabinets and rear seat that folds into a bed.  Cool license plates, although I’m not sure if New York allows the seller to include them in the sale. 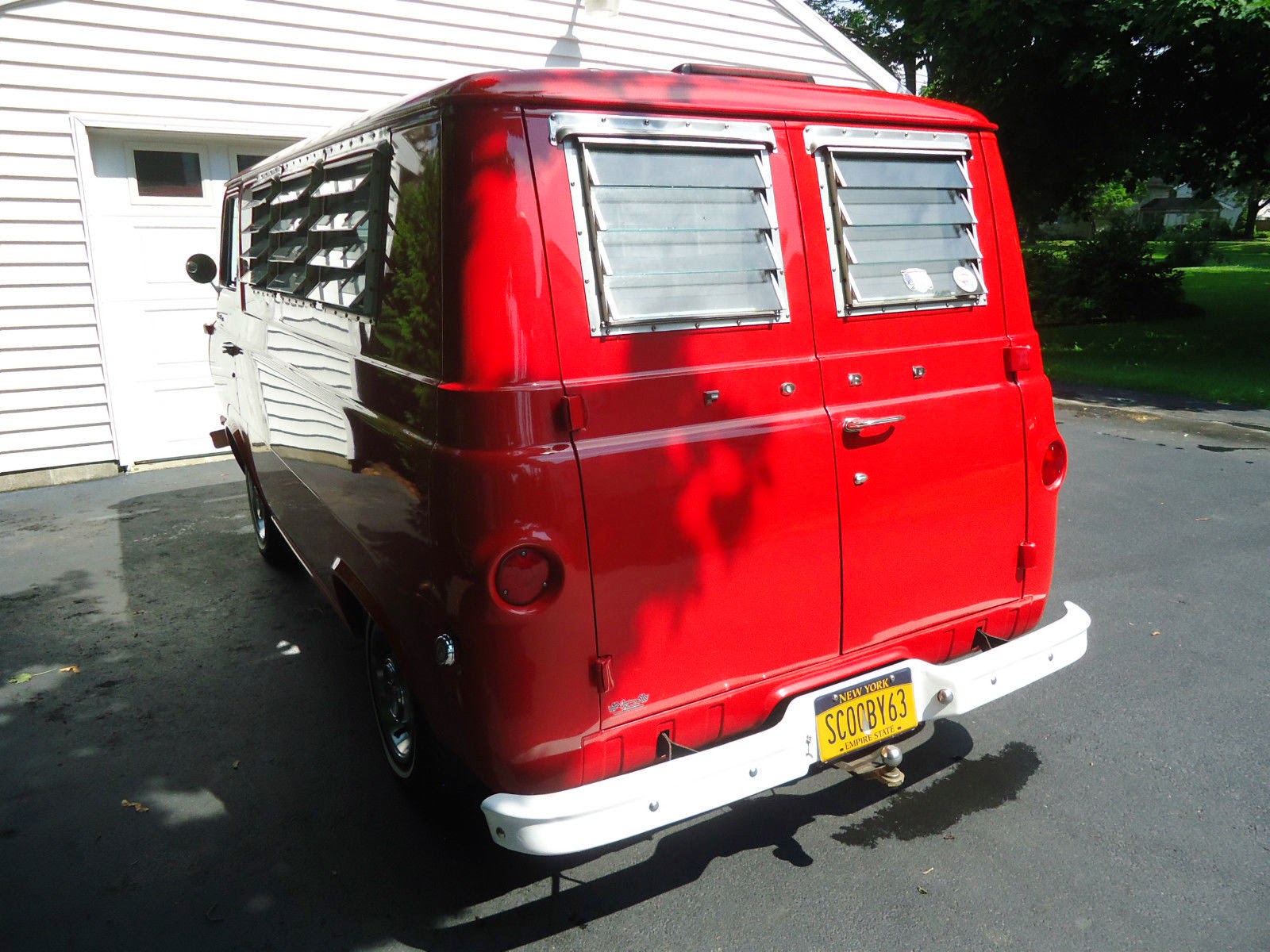 See another red van with louver windows for less? tips@dailyturismo.com