Ford introduced the 5th generation of Thunderbird luxury coupe in 1967, with what can only be described as the vehicular equivalent of fat Elvis.  Gone was the slim figure, chiseled good looks, and agile hips — but the booming voice was still there — hidden behind giant sunglasses and a cape — but still there.  Find this 1970 Ford Thunderbird with 429 ThunderJet V8 offered for $5000 in Boise, ID via craigslist.  Tip from FuelTruck. 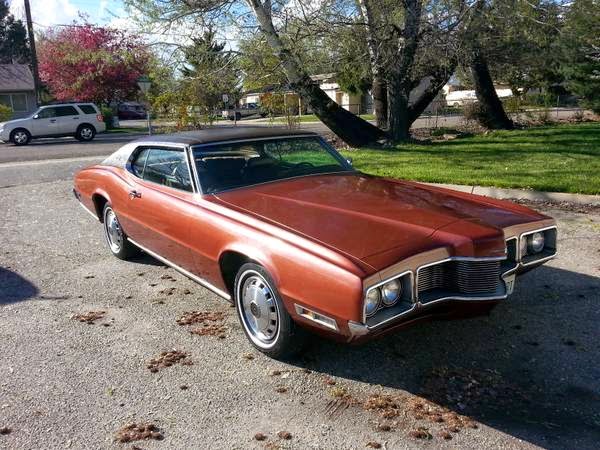 Compared to the original Thunderbird, this hawk nosed monster tips the scales with an entire Fiat X1/9 worth of additional mass.  It is also covered in a ghastly shade of baby poop brown and has an old dog turd colored vinyl top.  Oddly enough, this was not the ugliest or worst Thunderbird ever built (that honor goes to the eleventh generation 2002-2005 T-Bird reboot purchased by blind people around the country). 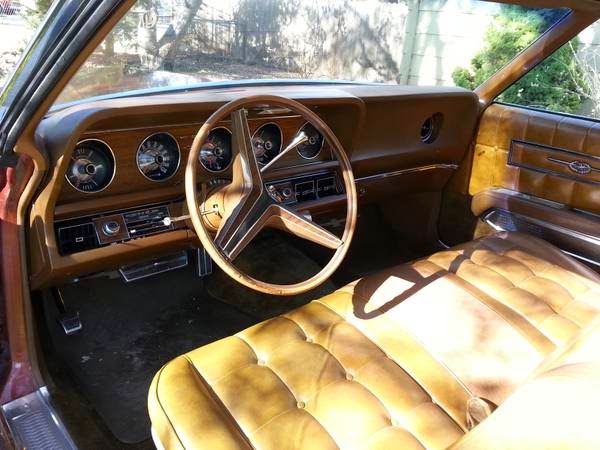 This Thunderbird is equipped with engine code N – meaning it has the 429
ThunderJet engine (known as the 429 CobraJet when installed in the
Mustang) – a big block beast that was originally added to passenger cars
for NASCAR homologation purposes.  Displacing a massive 7.0 liters and
equipped with a Motorcraft 4-barrel carburetor the ThunderJet puts out
360 horsepower and 480 ft-lbs of stump pulling torque. 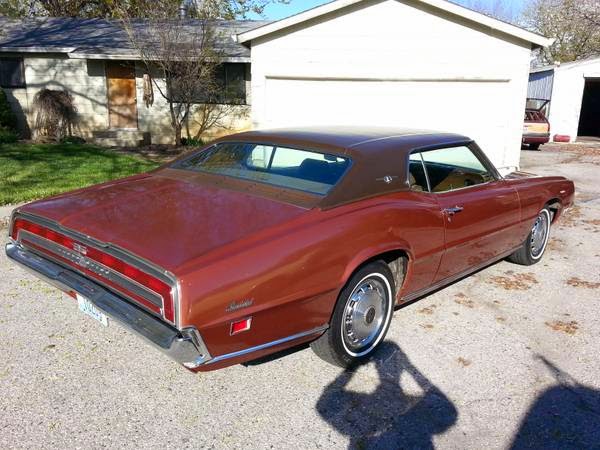 See another big beasty offered for $1 per pound?  tips@dailyturismo.com