In 1962 GM was enjoying a great start
to the NASCAR Grand National season, they’d won 18 of the first 20
races and 12 of those wins were full sized Poncho two doors. It was
also the year that Pontiac introduced the Grand Prix on the full sized B-body (Catalina) chassis.  The name hinted
at its racing pedigree, after all, it had bucket seats, 8-lug wheels on huge finned aluminum brakes, and a center
shift console, it had to be a sports car! In 1963, the Grand Prix was given a minor restyling (along will all other full sized Pontiacs) — it got a cool squared off roof treatment and unique concave rear glass.  Find this 1963 Pontaic Grand Prix offered for $5,500 here on craigslist, located in Brimfield, MA. Tip from Jim. 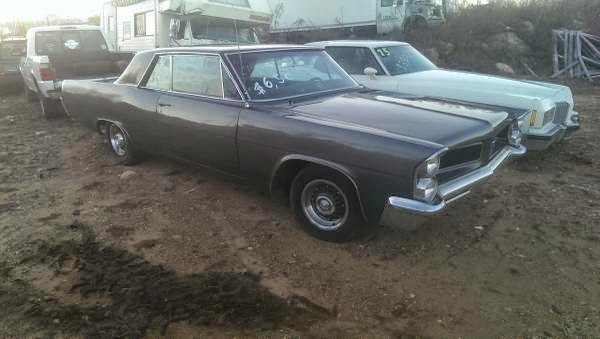 The Grand Prix was categorized as a
personal luxury car like a third generation Ford T-bird, Lincoln Conti
MkII or Studebaker Golden Hawk.  It started life where the Pontiac Ventura dropped off and
was essentially a re-optioned Catalina with minimalist exterior and
upmarket options like a Bonneville.  The personal luxury segment emphasized driver comfort
and style over performance, but ability to accelerate on demand was
essential.   This car was designed for the guy that had fantasies of
hauling azz instead of hauling kids, but still needed room for five. 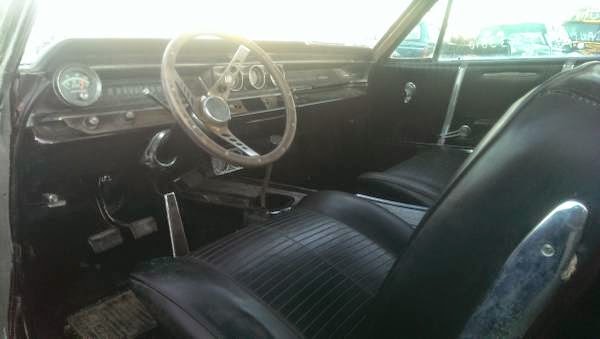 Acceleration in the case of the Grand Prix was accomplished by Pontiac’s
389 V8, a 4-barrel fed version borrowed from the Bonneville and good
for 303 horsepower. Combined with a Borg-Warner T-10 4-speed manual gearbox and
standard limited slip differential, the Grand Prix will do a nice
squat-and-go impression of a gooney bird at take off. 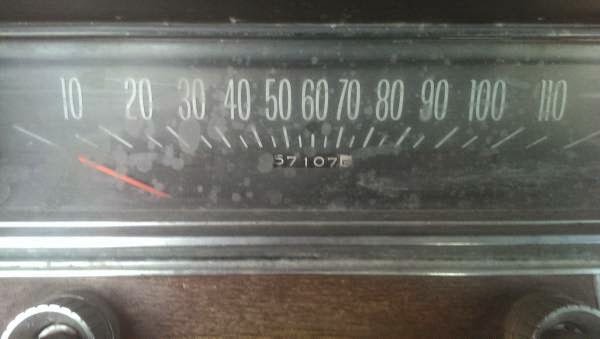 The car looks really nice in the pictures for the current asking price, but the seller makes the following ominous statement: Solid Frame & Floors, not a perfect paint job but its a Tornado
survivor, has some body filler cracks, not rotted or swiss cheese.  You can’t see any ruby slippers poking out from under this beast, so its doubtful that the Grand Prix did any aerial maneuvers, but…you gotta wonder what tornado survivor means. 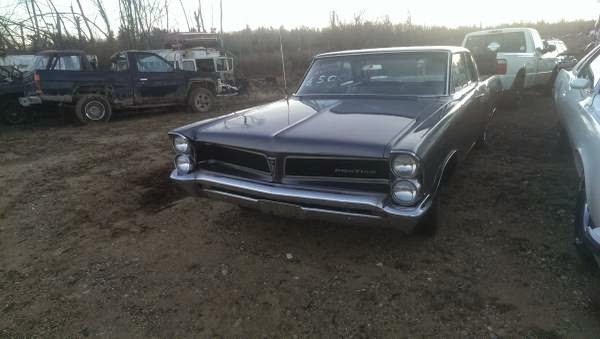