The Bitter SC was a coach built German luxury grand tourer that used the Opel Senator chassis for its oily bits.  Former race car driver turned entrepreneur Erich Bitter started his own car company in 1971 using the old formula of building a sexy body on a cheap donor chassis.  The only problem with the formula was that it was…well…old….and consumers (particularly the kind of people who had 54 large to drop on a sports coupe in 1985) did not appreciate the ruse.  Regardless, today the idea of a cheap look-a-like Ferrari with Opel sized repair bills that isn’t some kludged-together kit car sounds nice. Find this 1985 Bitter SC offered for $5,000 in Tarzana, CA via craigslist.  Tip from Sean S. 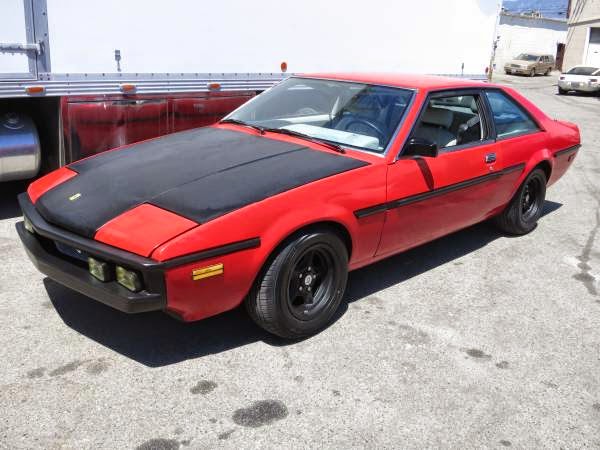 If you own a Bitter and someone asks you what it is, you are going to look at him straight in the eye and say: It is a custom built German luxury car that is more exclusive than a Ferrari 400.  Exclusive…you say?  Folks are always using the term rare in their ads, regardless if they are trying to sell a 1999 Ford F-150 (rare, only 100,000 ever built in this color), but this seller says the SC is “KINDA RARE” (ALLCAPS ARE HIS, NOT MINE…sorry…those were mine).  KINDA in this case means 462 total ever produced worldwide according to this March 2013 Autoweek article, which makes a Ferrari 400 look like something that came from a gumball machine in terms of rarity. 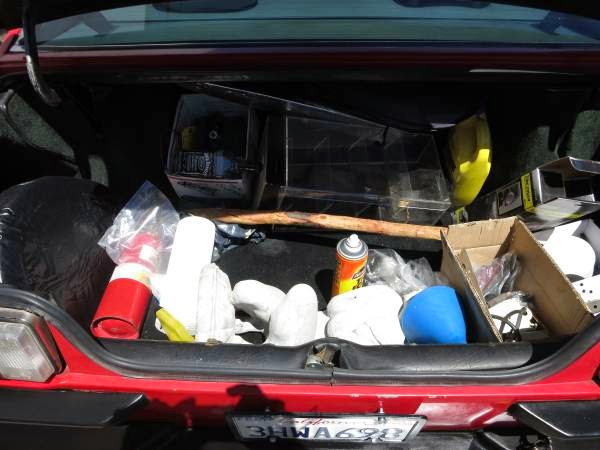 Instead of starting at the engine, I wanted to mix things up a bit on this feature and take a look in the trunk.  I love sellers who include some candid photos of the junk they keep in the car, it is a great way to understand more about the risks of ownership.  First up you can see a yellow Prestone coolant bottle in the trunk, in my experience those bottles always contain water.  Next you see some cleaning supplies, spray bottles, paper towels, tire foam – great for prepping a car for sale.  The fire extinguisher is a good precaution on any car that isn’t basically brand new — a $10 insurance policy against possible loss of $1,000s of your own money and other peoples property.   Not sure what the blue/white stuff is — modeling clay?  A bottle of Jack Daniels is hidden in shadow, ready to celebrate arriving at your destination without overheating or catching on fire.  Walking staff is for those times when you don’t reach your destination. 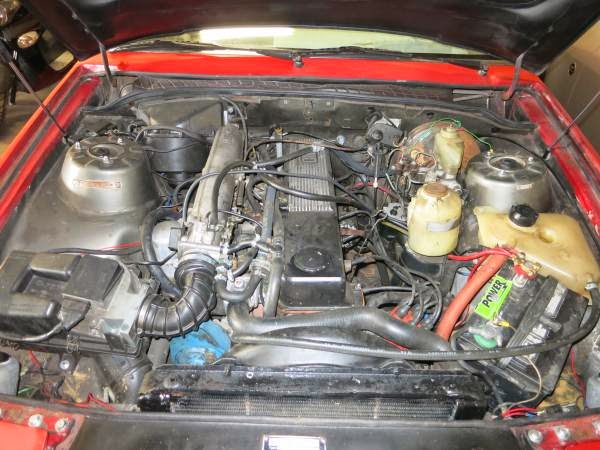 Power for the poor man’s Ferrari comes from a 3.9 liter Opel sourced inline-6 that was good for 207 horsepower.  It won’t thrill you like a Ferrari V-12, but it should start most of the time and be serviceable for the DIY mechanic.  Bitter made an arrangement to sell the Bitter at Buick dealers in the US market, so if you don’t want to do your own work, you could drive down to the nearest Buick service shop and drop it off. 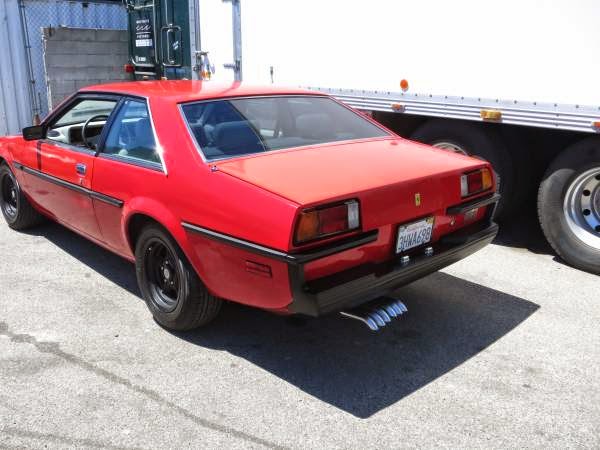 See another car that might bite if you aren’t careful?  Send us your tips: tips@dailyturismo.com  Speaking of tips…checkout those exhaust pipes!!