With the 1973 release of the third generation Chevrolet Chevelle, GM paid homage to yet another Southern California beach town, the highest trim was designated the Laguna.  At the time Malibu and Laguna Beach were small surfer towns void of the legions of botox’d buxom babes more commonly associated with the names today, but that didn’t stop GM from making a version with plastic bolt-on front bits called the Laguna S-3 from ’74 through ’76. Find this 1975 Chevrolet Chevelle Laguna S-3 offered for $7,500 in Santa Rosa, CA via craigslist.  Tip from Kaibeezy. 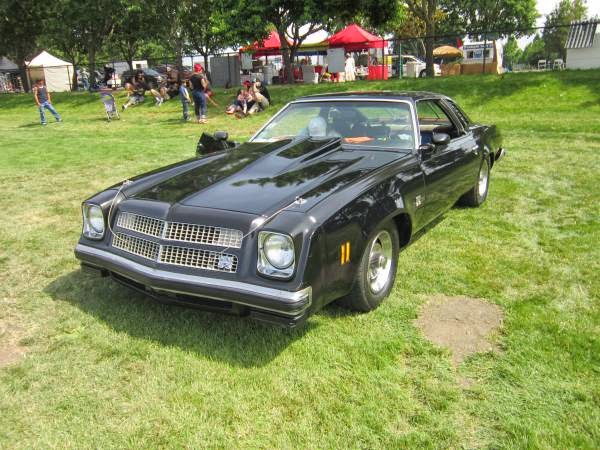 The S-3 name was introduced on the Chevelle as Chevrolet phased out the SS (Super Sport) name in the early 1970s. Not sure what the final S stood for, but the word stylish comes to mind as the S-3 added a urethane front nose, swiveling front bucket seats, and a number of big V8s to chose from. 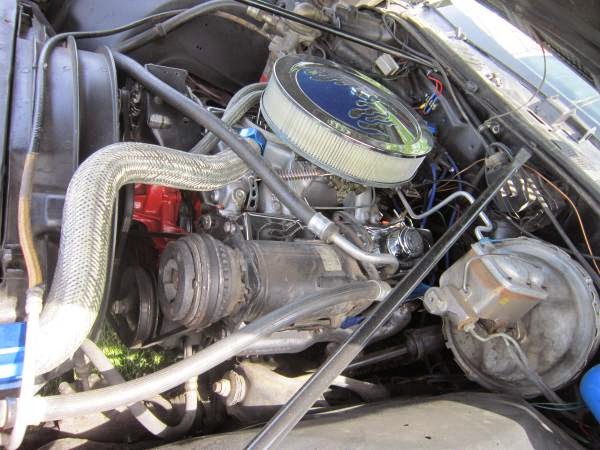 This Laguna S-3 is powered by a 400 cubic inch V8 which would have been rated for a smog friendly 150 or 180 horsepower (depending on 2bbl or 4bbl carb), but this one has been given a number of baby seal unfriendly upgrades, including higher compression heads, high lift camshaft, and should be good for something above 300 horsepower. 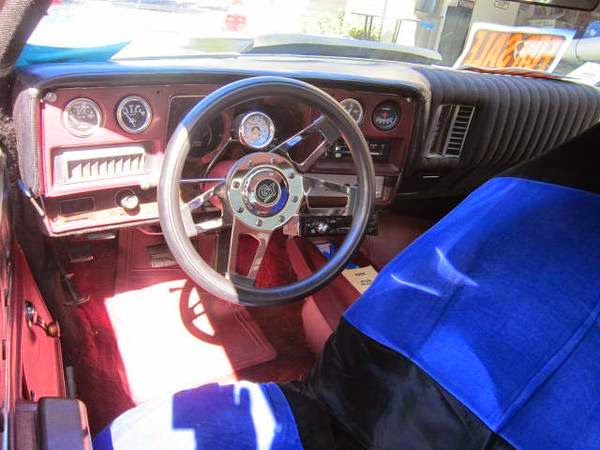 I can’t imagine a time when those funky swiveling seats ever seemed like a good idea to any automotive engineer/car designer/salesman.  It isn’t like getting out of a car has been such a burden that a better solution involves banging your head on the door jam.  The passenger swivel seat could be useful if you are doing drive-by shootings with your amputee buddy, but I just can’t imagine what those future Cobalt ignition switch designers were thinking.  Perhaps the 3rd S is swivel?  Super Sport Swivel? 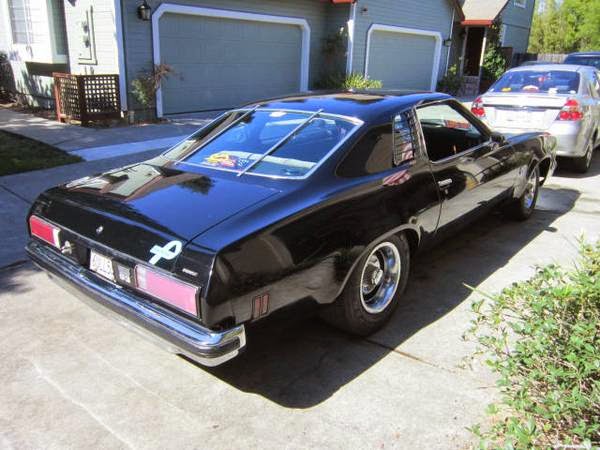 Could You Do It For Less? Manual Trans Jaguar XJS Coffee Brake: Road Sander