Its a poorly kept secret that the unifying force behind the DT staff is ADD (no, not Advanced Dungeons and Dragons, we are talking about Attention Deficit…hey, lets go ride our bikes).  Case in point, how would anyone find a correlation between Taj Mahal, a 1962 Pontiac and the Allman Brothers?  Piece of cake, if you’re willing to follow my down the rabbit hole of this affliction…

I heard the Statesboro Blues for the first time when Taj Mahal  played a free concert on the shores of the Duck Pond at UMass (Amherst) when I was 13 yrs old in 1967. While Taj Mahal is considered the consummate natch’l bluesman, he was in fact raised in Springfield, MA.  A couple of years later, Duane Allman, who was a bona fide Georgian, burst onto the scene with his incredible slide version of the same peach. For the past 44 years, I’ve always thought it would have been great if Taj and the Allman brothers could have collaborated.  Well, tonight, I came across this video where Derek Trucks stands in for Duane Allman as Taj Mahal sings the Statesboro Blues, but only because when I was 8 years old (in 1962), I was introduced to the 1962 Pontiac’s in my uncle’s Buick/Pontiac when my Dad test drove a Grand Prix. Unfortunately, we drove home in a ’62 Catalina 4 door hardtop, even though  the  Star Chief could have been a compromise between those two.

Which brings us to today’s DT where we find that this 1962 Pontiac Star Chief in Statesboro, GA whose owner is offering this 52 years old piece
of ‘Merican Iron on Craigslist for $5,000. 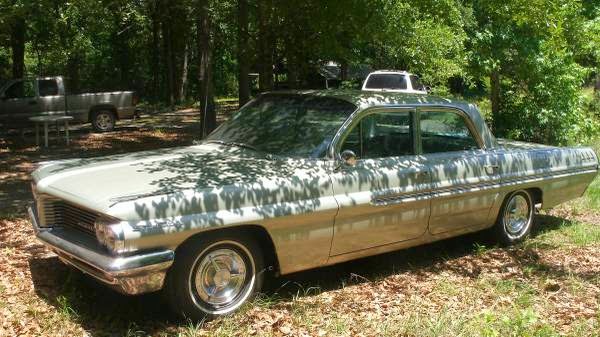 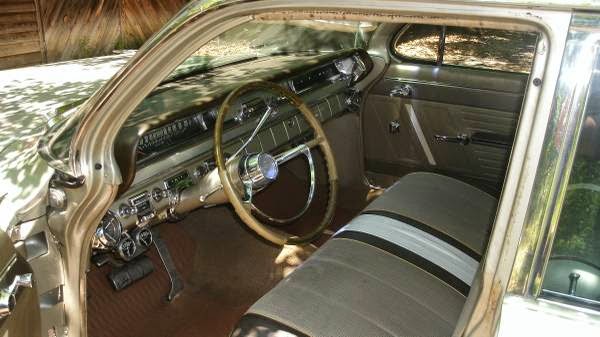 Without any under hood shots, its hard to assess this car’s value.  While some Star Chiefs could be ordered with a 421 V8, the seller makes no mention of the engine in this car which is most likely a 389 ci engine topped with a 2bbl. carb.  Even though this car is in Georgia, it does not appear to have been left out for the kudzoo to consume and sports the interior vents which indicate it was originally equipped with air conditioning. 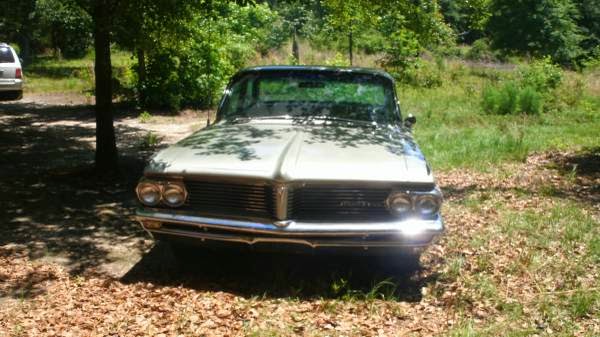 The pictures, taken in the worst possible area (trees overhead casting odd shadows), seem to reveal a car that has been generally well cared for. We weren’t able to find any samples of ’62 Pontiac Star Chief interiors but know that the sportier models had pretty elaborate tri-color vinyl interiors, this appears to have a stock cloth interior which appears to be in remarkably good condition. 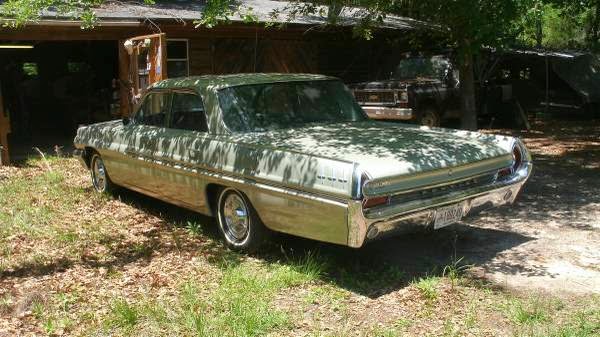 In short, if you live in the SE, this looks like a car that could be driven and enjoyed as is for less than a used Hyundai.

See another dirt cheap jump-in-and-drive-it-home peach of a cruiser email us: tips@dailyturismo.com