For years a classic Mustang in coupe or fastback form was a low priced classic that could be picked up by anyone for a starter classic (Ed – I just re-read this passage and boy did I use the word classic a lot).  In the past decade or so, the fastbacks have appreciated out of the range of the cheapskate, but the coupe started at a lower base, so even with the same percentage increase they are still somewhat affordable, especially if you are willing to live with the inline-6 version.  Find this 1967 Ford Mustang Coupe

currently bidding for $4,800 reserve-not-met with 3 days to go, located in Chardon, OH. 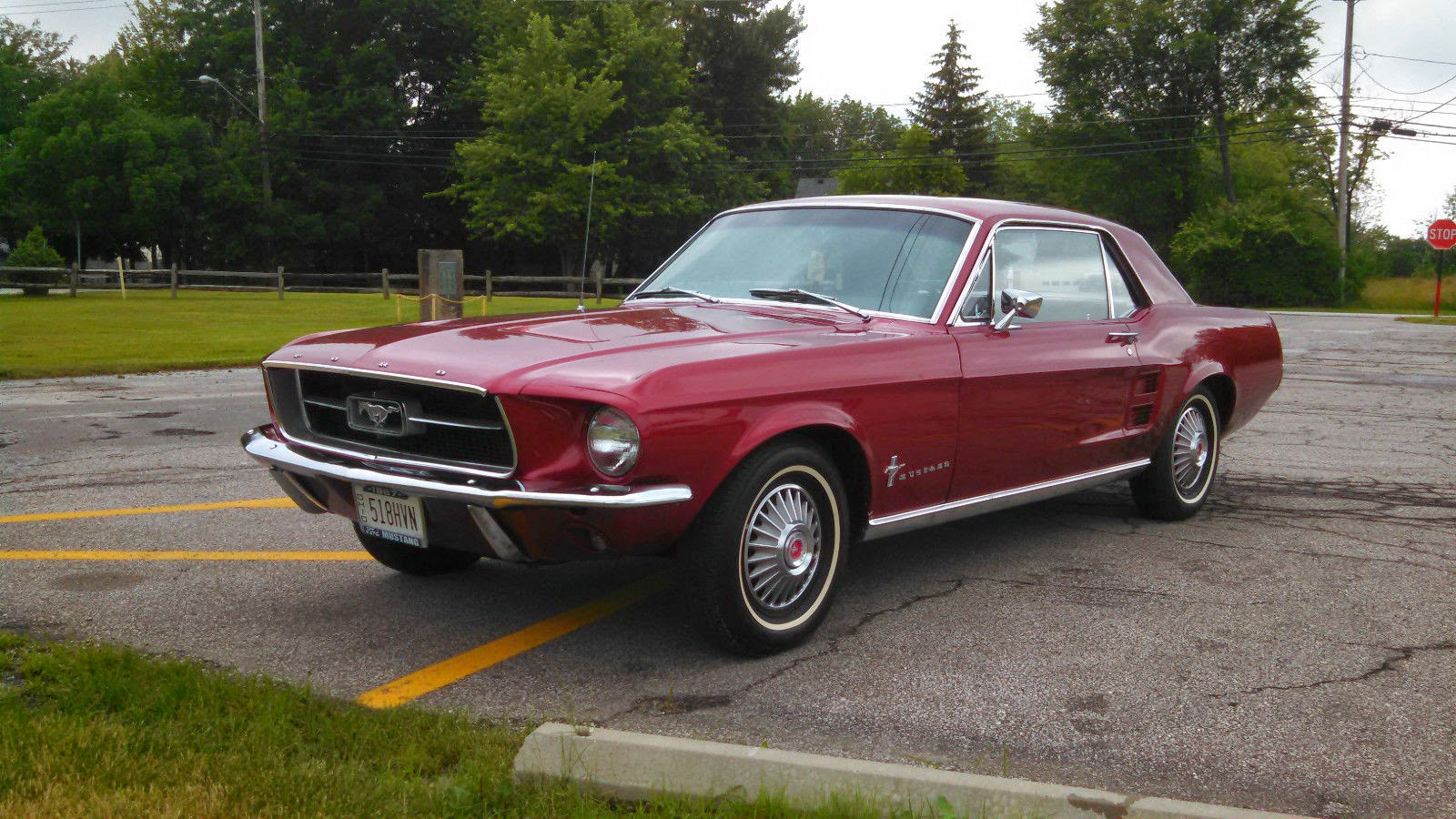 This car is from the first restyle of the first generation (1967-1968) and looks the part of the little old lady driven classic, complete with skinny whitewall tires and hub caps.  The car was originally lime green (barf!) but has been repainted to a dark red (or burgundy?) 10 years ago according to the seller. 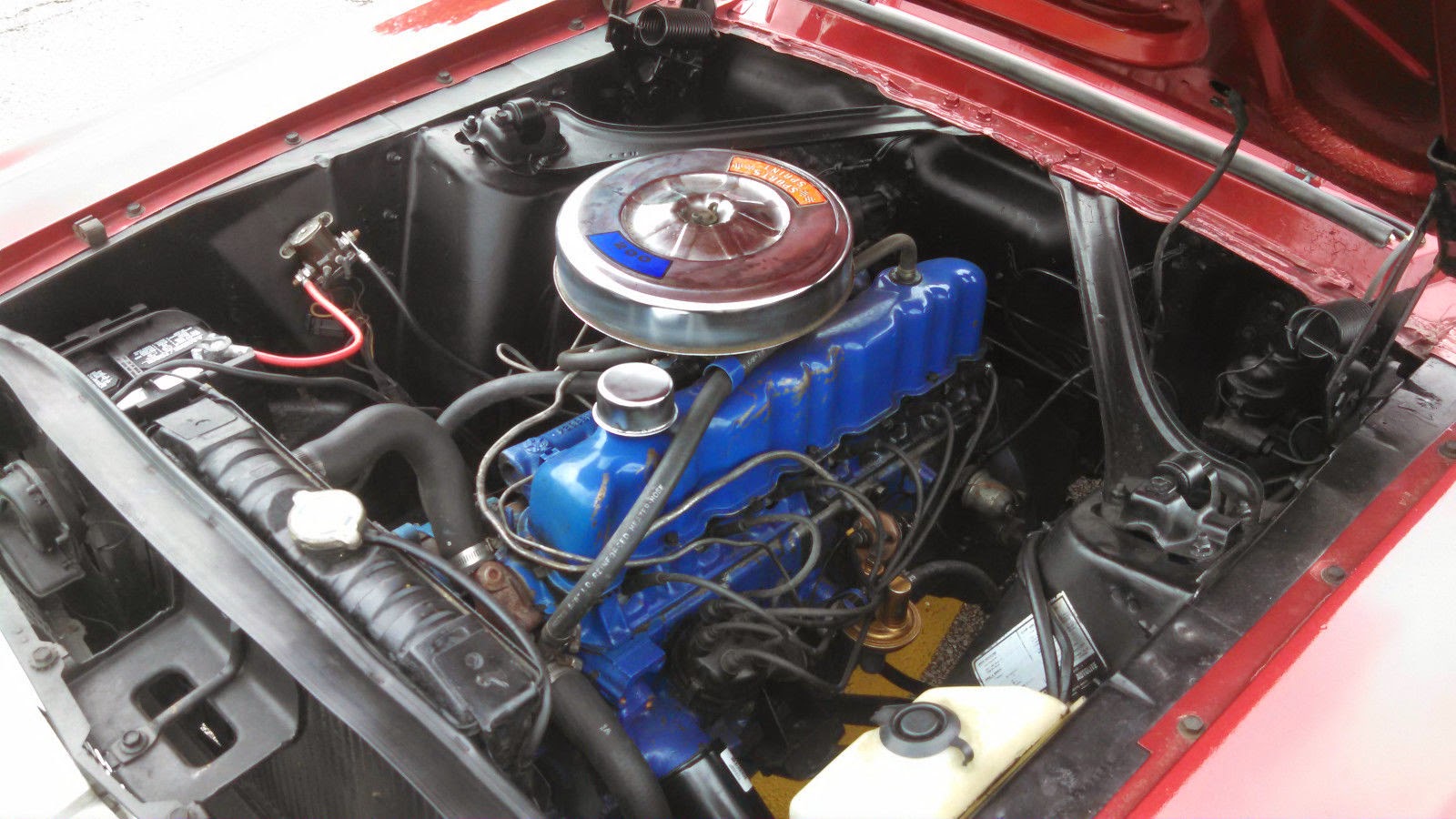 The 3.3 liter inline-6  is fed with a single barrel carburetor for 120 horsepower and 190 ft-lbs of torque.  Power is routed to the rear end via a 3-speed manual gearbox. This isn’t close to being the sportiest combination available from the Mustang in 1967, but who is going to know when you are cruising down the Boulevard? 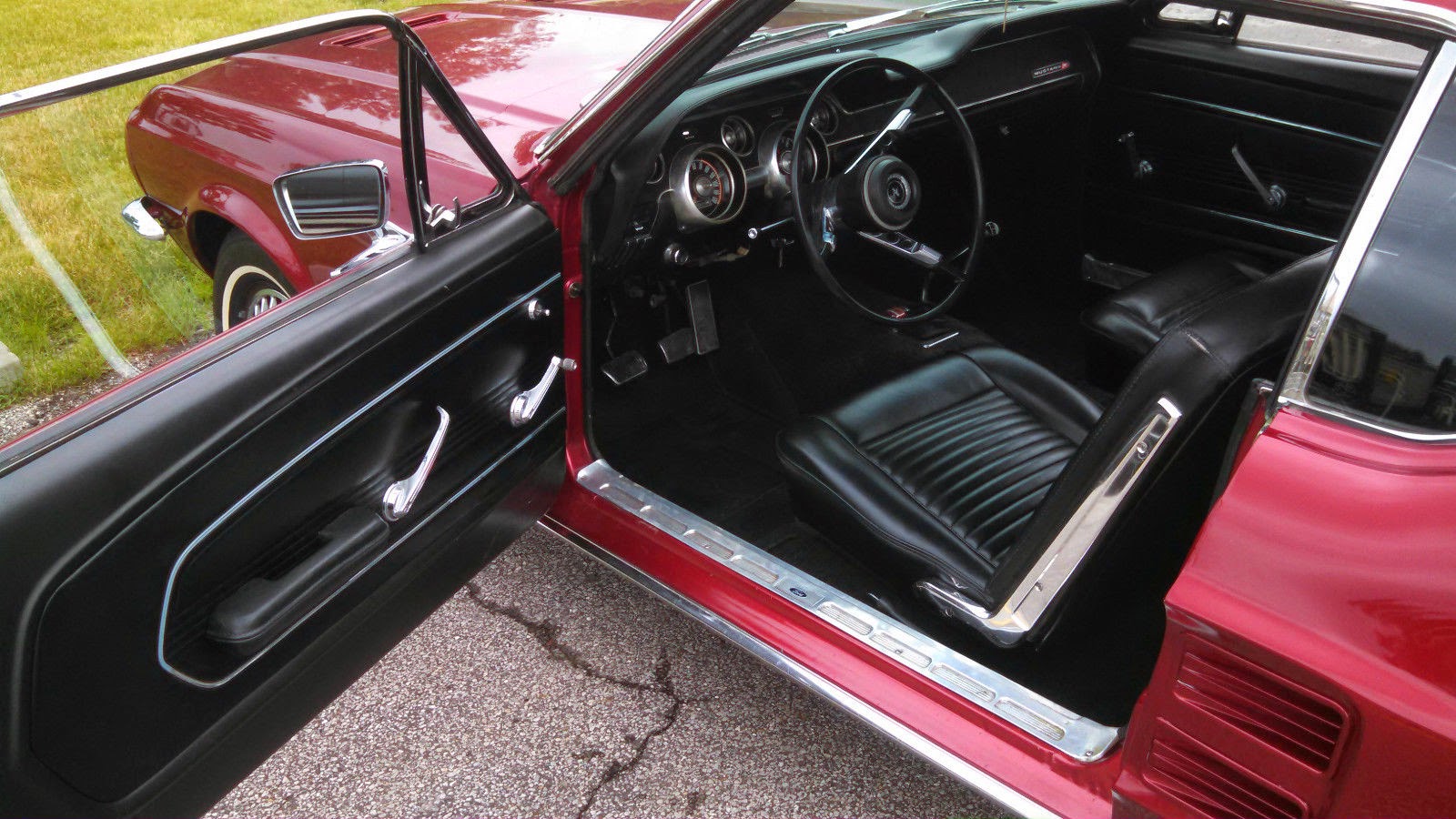 The interior looks in great shape and has probably had some parts replaced, which isn’t a problem at all with the Mustang because you can buy everything and anything from a catalog.  You can even buy an entire Mustang reproduction unibody, meaning you can build your own Mustang from scratch….not that it would be a good idea from a financial perspective. 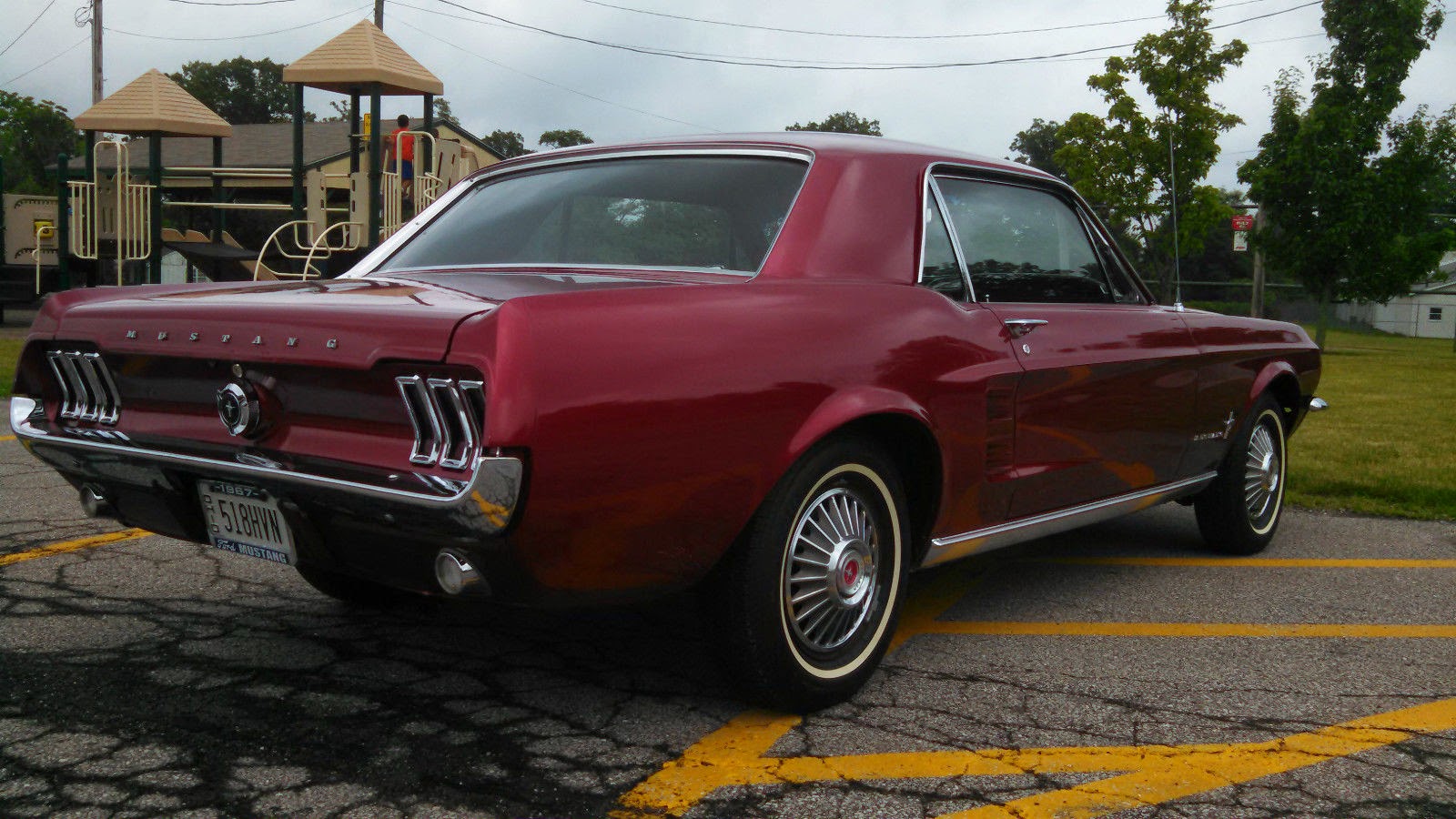