Mention the phrase Chappaquiddick to anyone old enough to have trouble with touchscreens and they will recall it is the place where Ted Kennedy drove his Oldsmobile Delmont 88 into a pond and a young lady tragically lost her life.  Youngsters will confuse it with the game of Chappaquidditch, which is a sport played by young wizards and witches at Hogwarts Academy and is won when someone catches the Golden Snitch or causes a cheerleader from the opposing team to drown.  Regardless, if you want to drive around like an Ivy League elite playboy, ditch the chauffeur at the party and cruise around this 1967 Oldsmobile Delmont 88 offered for $5,400 in SF Valley, CA via craigslist. 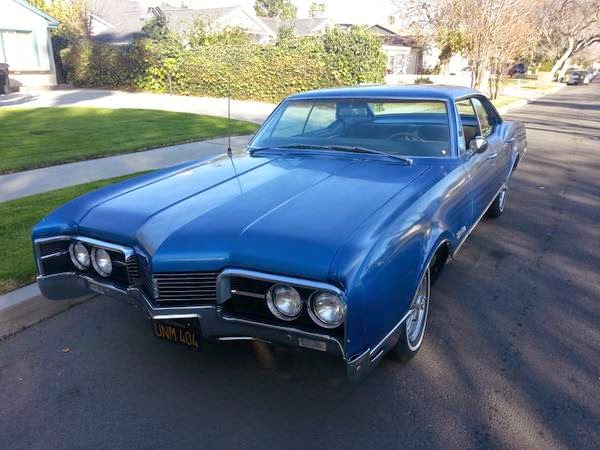 Chappaquiddick became one of those political rallying cries, like Watergate, Whitewater, Iran-Contra, or Bengazi and probably stopped the youngest Kennedy brother from ever being the Democratic presidential nominee– but that isn’t what we are here to talk about.  We are here to discuss the merits of driving around a pillarless 4-door hardtop with dual headlamps surrounding an eagle beak shaped grill. 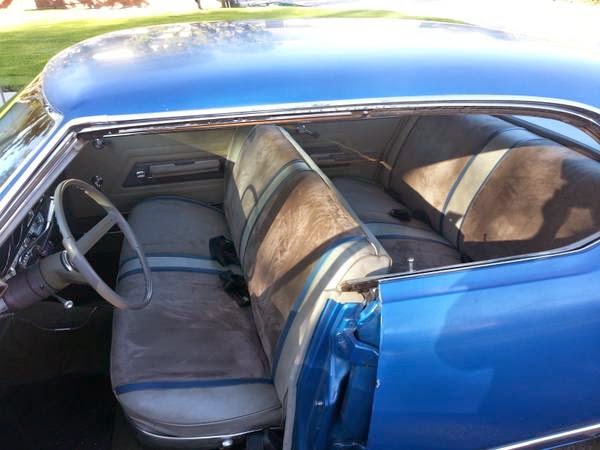 The Delmont 88 model appeared in 1967 as a replacement for both Jetstar 88 and Dynamic 88 versions, but was available with a few V8 engine options, starting with a 260 horsepower 330cu all the way to up a 375 horsepower Starfire 425cu version.  The seller doesn’t specify which version is in this one, so it is probably the basic 2bb 330. 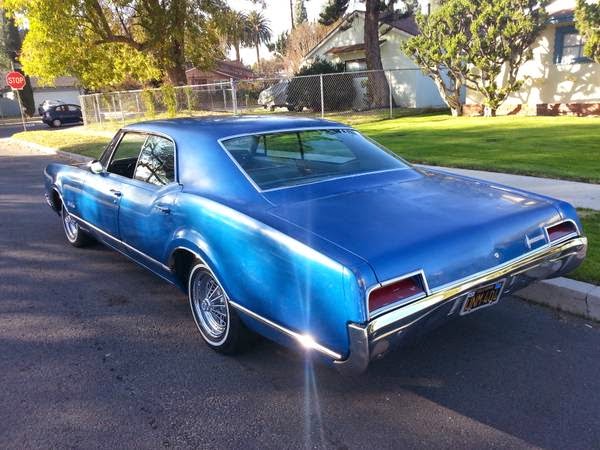 Aside from a tweaked bumper out back and ugly wheels, this Delmont offers a sizable amount of old school class with 4-door convenience. 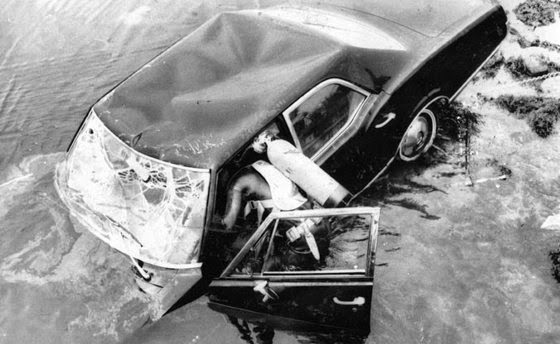 At least this one doesn’t have a crushed roof or water damage.  tips@dailyturismo.com