After yesterday’s rare Dutch treat, an E28 Schulz Tuning Touring, time to take a look at a much more common, attainable and modern take on a shift-your-own BMW wagon. The E46 was basically an evolution of the seminal E36 3-series. With added complexity and potential for expensive failure they are also more modern, lightweight and stiffer than their predecessors. E46 values are now down to dirt-cheap levels and present a compelling alternative to the budget 3-series shopper. Especially since the “Touring” wagon version was sold new in North America, unlike its blockier E36 ancestor. Find this 2000 BMW 323iT with 5-spd manual conversion here on bimmerforums.com, available in Leicester, MA for just $4250 or best offer. Big thanks to Frederic D. for the tip! 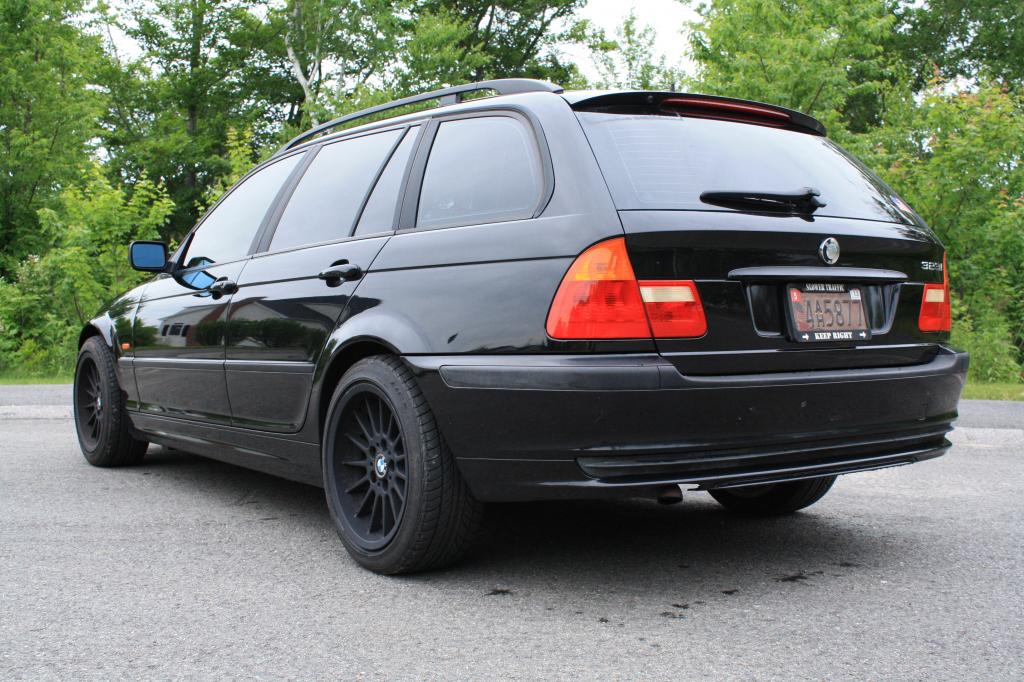 The seller reports this murdered out Bavarian estate has over 200k miles which is a concern for sure; however common BMW problem areas like the cooling system and suspension have recently been addressed. We’d be curious to know exactly what was replaced in order to gauge the amount of repair work we’d be doing in the not-too-distant future if we brought this longroof home. The major selling point – the swapped in manual 5-speed transmission – has a claimed 130k miles on its gears, shafts and synchros. 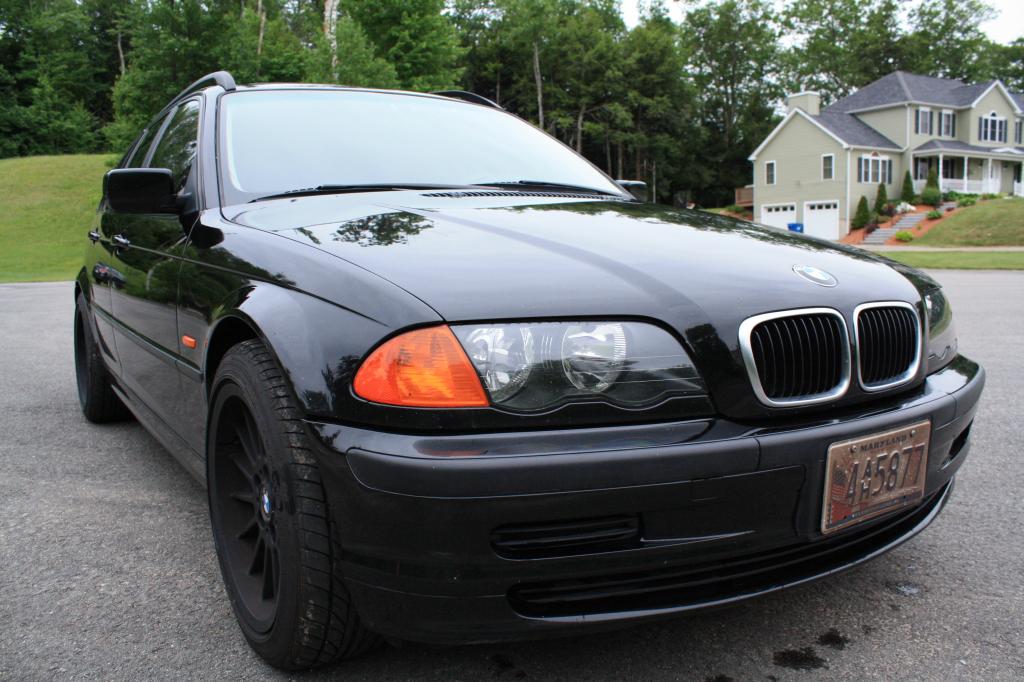 The E46 certainly has a pleasing, classic shape with handsome proportions and simply finished details. Love them or hate them, the Bangle-era BMWs that succeeded this generation were in stark contrast to the understated cleanliness of the E46 design as evidenced here. Black is a color that shows all sins on a car’s body and from the pictures provided, this one looks nice and straight. 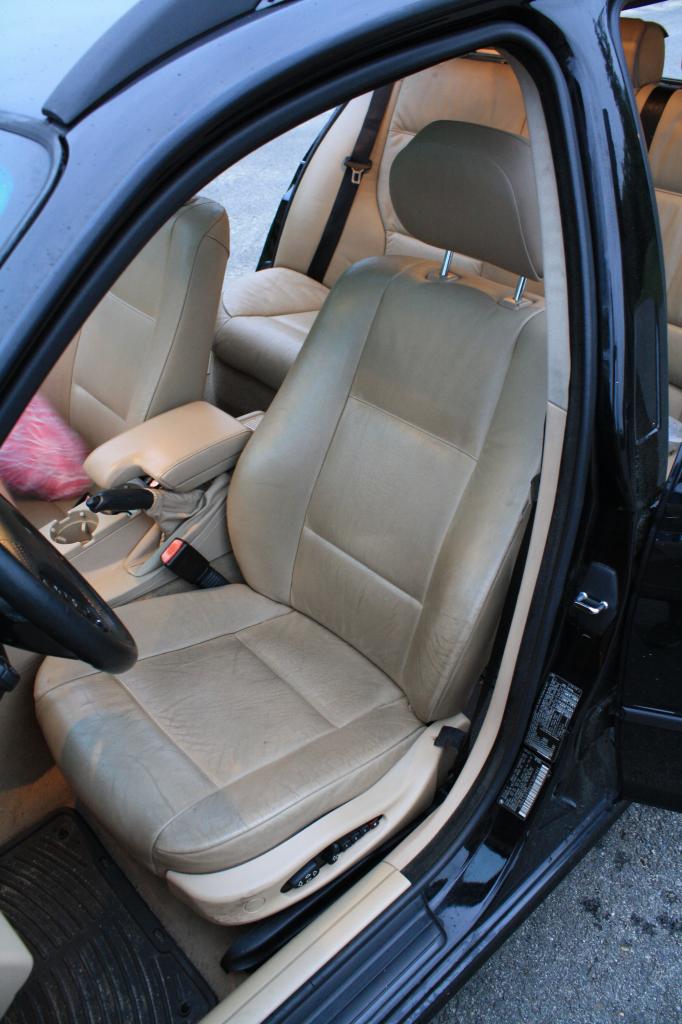 Any 13-year-old German leather interior is going to be looking a bit haggard by now; this driver’s seat tells the story of 200k miles but doesn’t look beyond repair. Some cleaning and conditioning ought to make it look a bit more like its more pristine counterpart on the passenger’s side (which is home to the rare pink fuzzy boa monster, apparently). 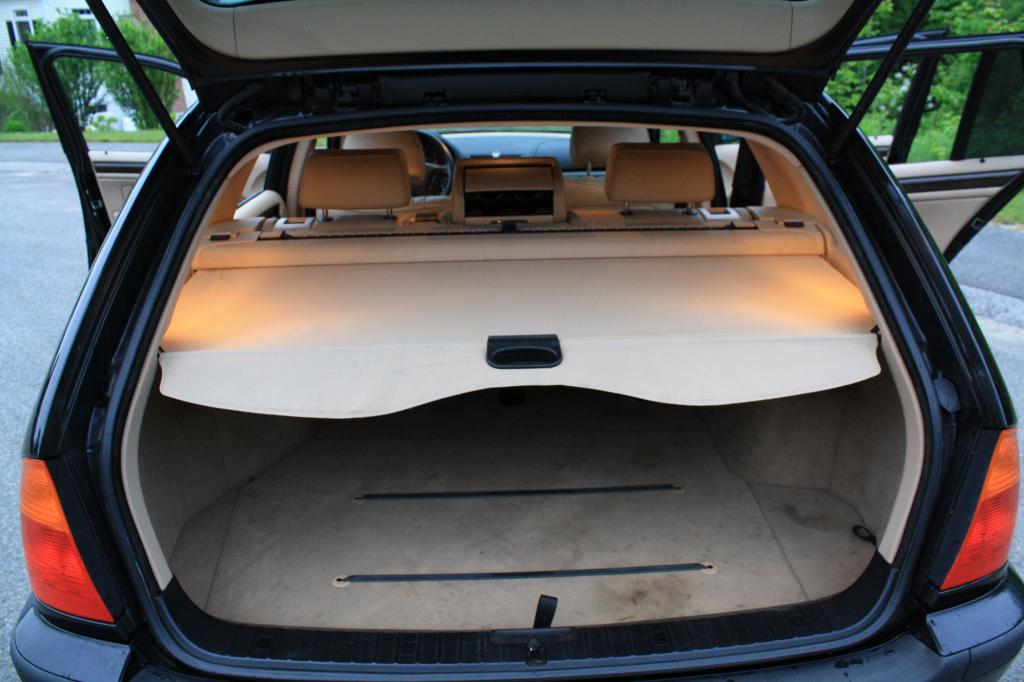 An E46 wagon would really be a great compromise for a gearhead on a budget looking for an all-purpose car to take to the grocery store on milk runs, the junkyard for parts runs, the track for fun runs and the liquor store for “mass quantities of beer” runs. Seating for five, a big-enough cargo area plus the pure and direct BMW driving experience = win. The 2.5L M52 engine won’t give you a huge kick with 168 hp in stock form but it will be more reliable than if it were tuned to within an inch of its life. It does have dual Vanos variable valve timing for improved low-end torque and more area under the curve. 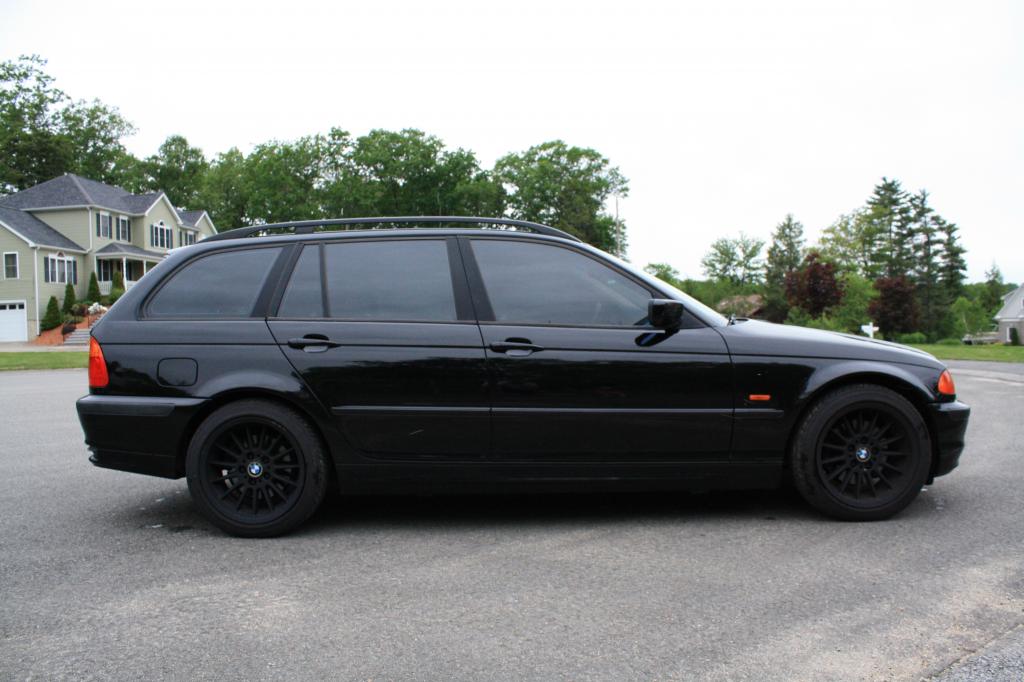 The added flat black E39 Alpina style wheels and HellaStretched tires look a bit odd with the vehicle at stock ride height – this car either needs to be lowered for the full “stanced” effect, or switched back to stock-ish wheels/tires to gain back utility and remove any traces of douchiness. If this were in the DT stable we would “reverse murder” it to gain back a bit of the sleeper factor, but that’s just personal preference.

Find yet another take on the manual BMW family truckster formula? Email us here: tips@dailyturismo.com