The 1988-1999 Suzuki Swift/Geo Metro/Chevy Metro/Pontiac Firefly was a subcompact
hatch family with chassis design from General Motors and a powertrain developed by Suzuki.  The Swifttrofly won’t get you a front row parking at the next valet, but why would you want to let one of those car wreckers to drive your sweet hatchback anyway? Just park it yourself.  Find this 1994 Suzuki Swift GT offered for $5,000 near Seattle, WA. Seller submission from Jesse. 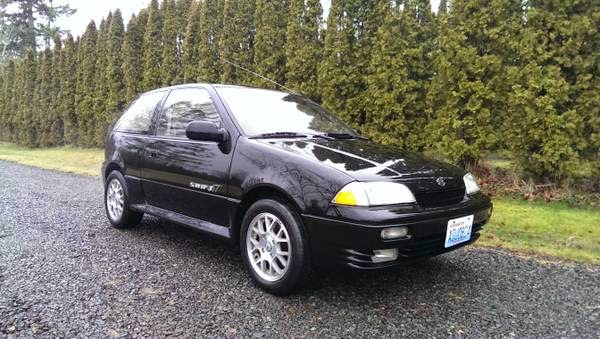 This little Swift comes with a 5 speed manual transmission, fully independent
suspension and a super light 1600 lb curb weight. It isn’t a Bugatti Veyron…heck, it isn’t as fast as a Bugatti Veyron lug nut…but it is cheap and you get to row your own gears. 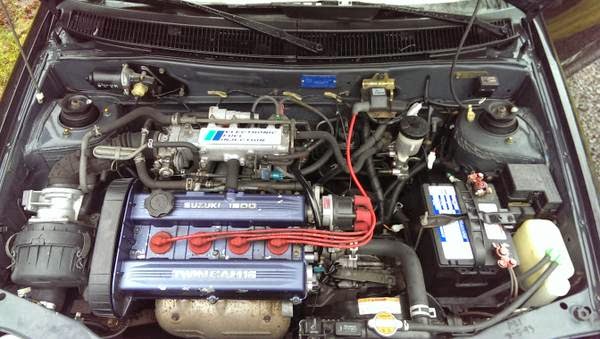 The screaming noises under the hood come courtesy of a 1.3 liter DOHC 16-valve Suzuki G13B 4-banger that puts out 100 horsepower at lofty 6800 rpm. This is the kind of old school small displacement hot-hatch engine that loves being bounced off the rev limiter repeatedly. 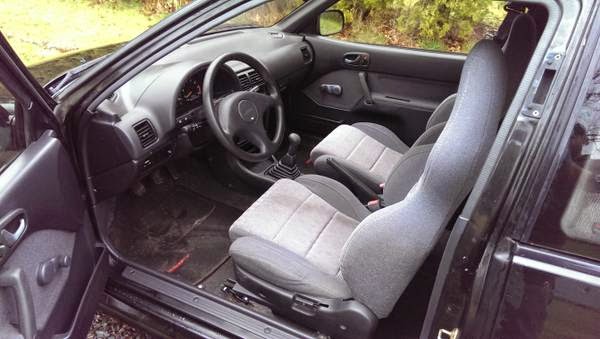 The Swift isn’t luxurious on the inside, but you aren’t driving this thing for its Lexus-like ride qualities.  Actually, the seats don’t look bad for long rides and roll up windows save weight and eliminate a point of failure. 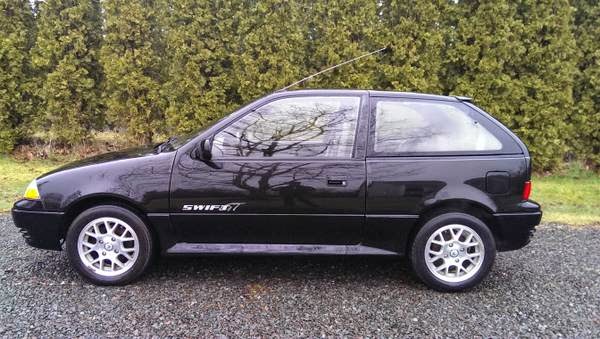 Got your own odd ball hot hatch for sale? Send it here: tips@dailyturismo.com