here on ebay, and read the original write-up below.

22-July-2014: The Studebaker Lark was built from 1959 through 1966, assembled at Studebaker’s South Bend, Indiana manufacturing plant.  The sales of the first generation in 1959 and 1960 were surpisingly good, because the big three hadn’t released their compacts yet, but once the Tempest, Corvair, II/ Nova, Falcon, and Dart/Lancer hit the showrooms in 1960/61, the Studebaker Lark sales cool considerably.  A restyled Lark was launched in 1962 with a nicely restyled design led by Brooks Stevens, who was famous for the Studebaker Gran Turismo Hawk, ’49 Harley Davidson Hydra-Glide, Jeep Wagoneer, Miller Brewing Logo, Oscar Meyer Wienermobile and those hideous Excalibur Roadsters that look vaguely like a 1930s Mercedes and ride on old Studebaker chassis.  Regardless the Lark remains one of the better deals on a compact classic and would make a decent casual driver.  Find this 1963 Studebaker Lark Regal

currently bidding for $2,050 reserve-not-met with a $5,500 buy-it-now on ebay located in Reno, NV.  Seller submission from Andrew. 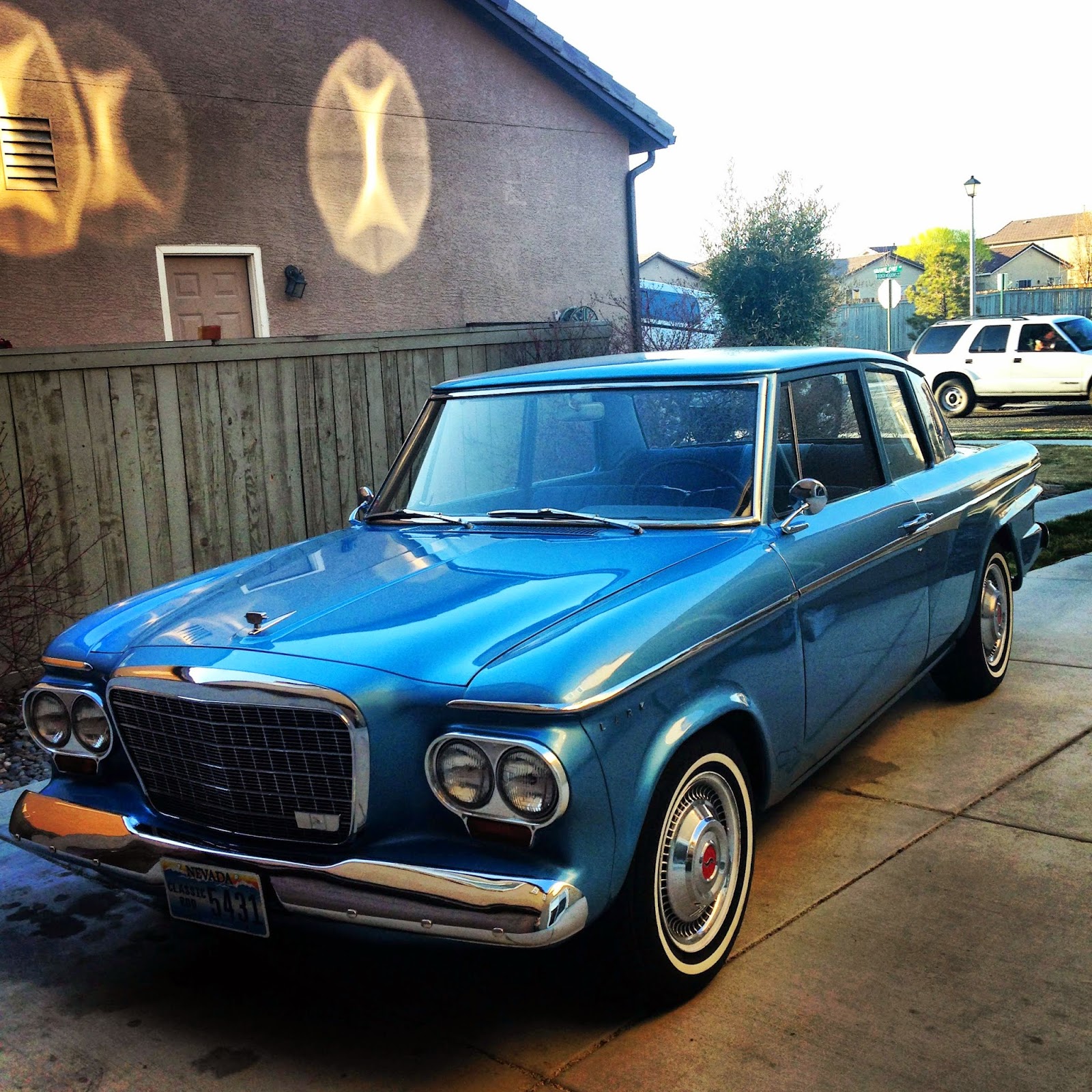 Ladies, gentlemen and car sellers around the globe — pay attention.  This is how you take pictures to sell a car.  The ebay ad has a handful of the photos embedded in the ebay user interface (great!), but the seller also includes a link to a imgur, a site whose name is unpronounceable, but all the kids use it these days to quickly and easily share hi res pics of them eating soup.  Think of it like Flickr, Shutterfly, Photobucket, Picasaweb Google+, but with a very simple and mobile focused user interface setup for sharing pictures to third parties.  You can use it for everything but taking pics of your private bits, for that you need to use something called snapchat, which I understand removes parts of your anatomy if you used incorrectly.  Wait…not anatomy…anonymity…ah. Yes.  I don’t mean to sound like an old grouch, but you know society is headed in the wrong direction when a software business setup specifically for sending pictures of your frank and beans to your friends is valued somewhere on the order of the GDP of Somalia, a country of 10 million people that can track its history back to the 3rd century BC…but I digress. 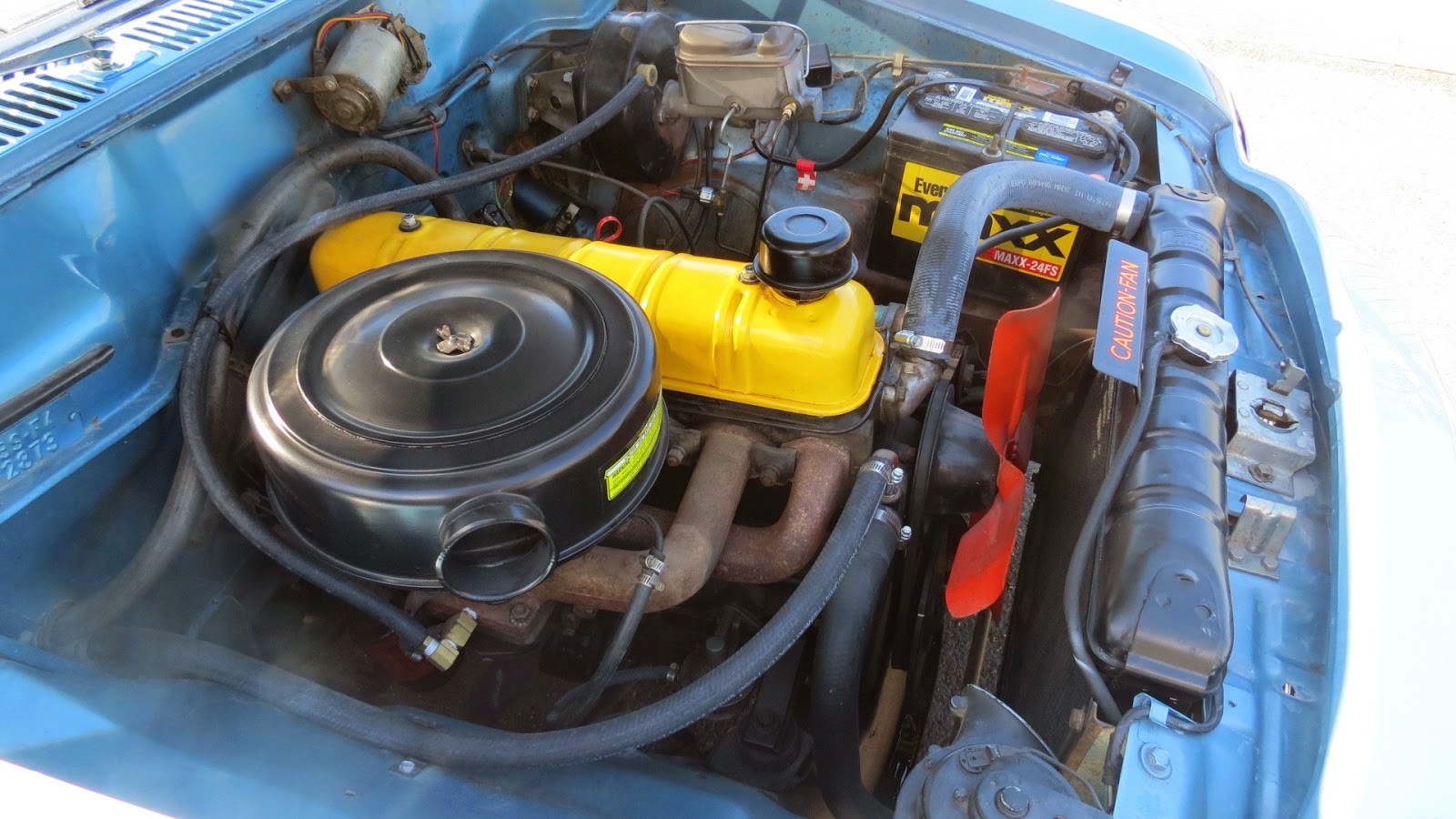 Underhood the Lark is all business.  No LS1 swap here, just a trusty 170 cubic inch inline-6 fed by a single down draft Carter carburetor and good for 112 horsepower and 154 ft-lbs of torque. 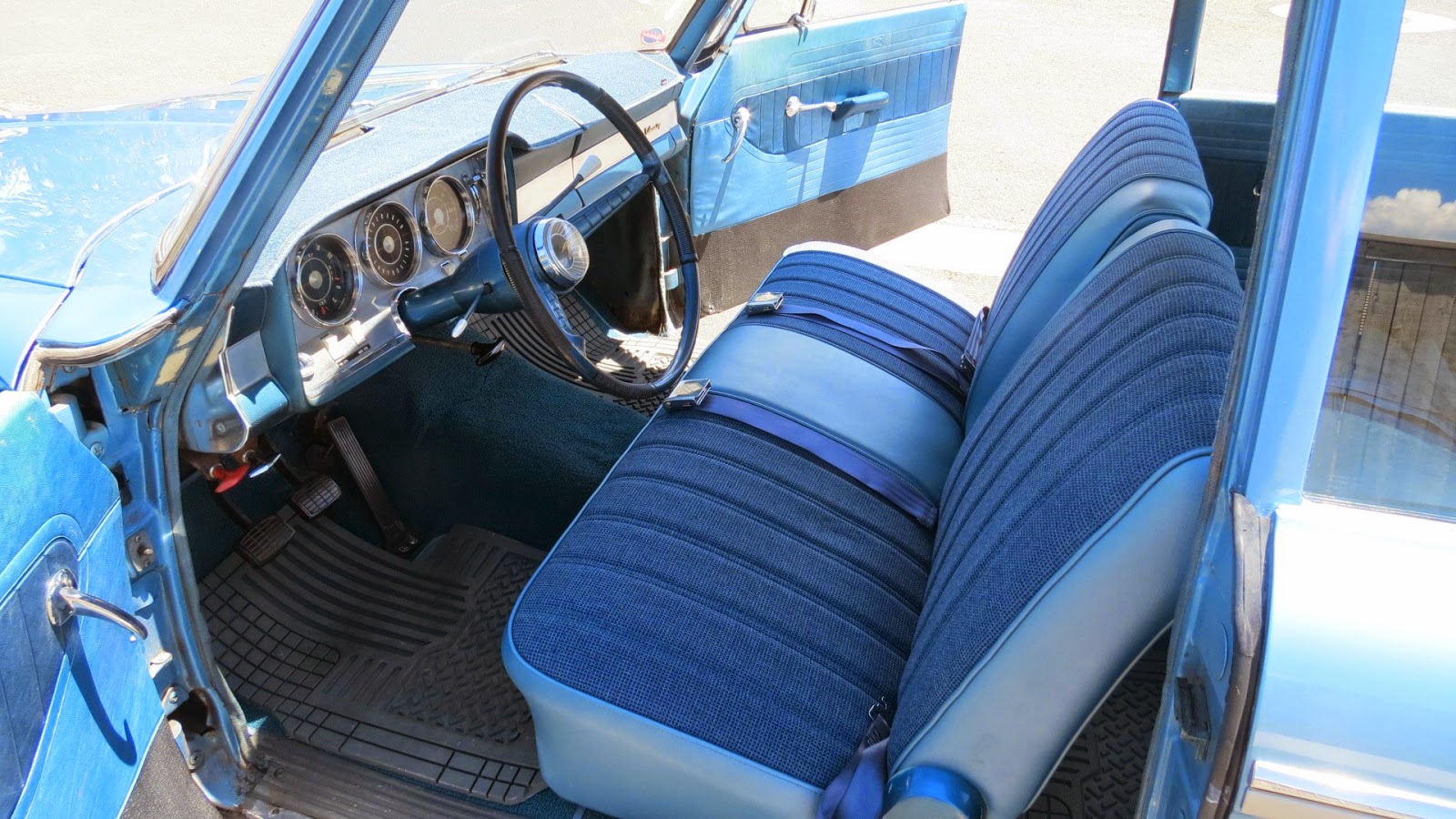 The inside of this Lark shows very nicely, but more importantly you can see the three pedals and column shifted manual gearbox.  No word if this one has the hill holding brake system that was available on similar era Studebakers, but it would be bitchin if it did.  You can lift your foot off the brake on a hill and the car will stay stationary until you start to letup the clutch. 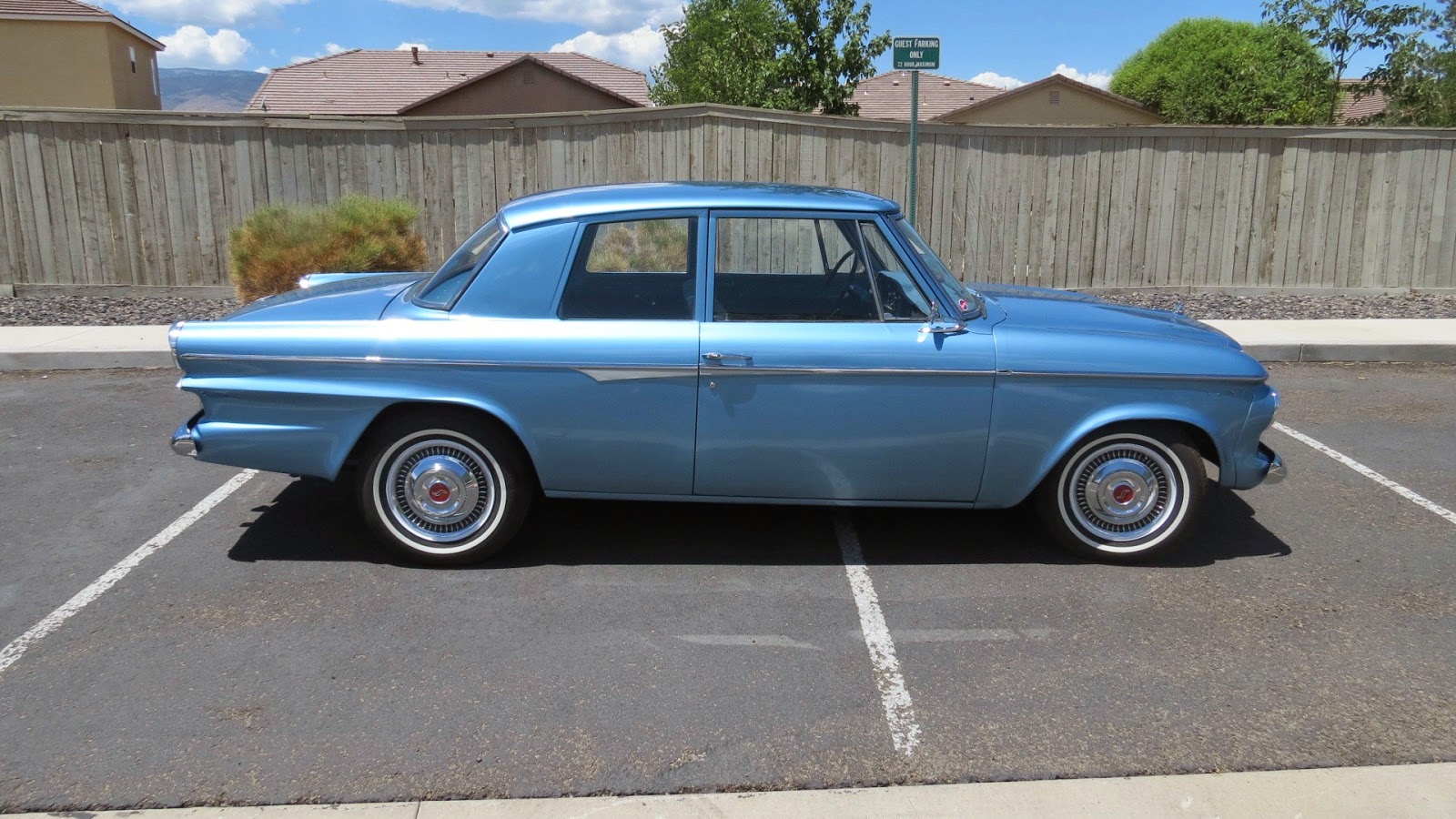 Got your own classic to sell? Send us a tip — as always, its free!  tips@dailyturismo.com