The Volvo 242, at the risk of sounding like a hipster, is one of the coolest anti-cool cars. They were decidedly uncool when introduced (think Donald Sutherland-esque community college professor in a corduroy sport coat with elbow patches) but these cars have endured the decades so well that lensless glasses frame wearing aspiring graphic designers now find them cool, because they are so square and uncool. Regardless of current public perception, early 240s are now on the cusp of graduating from just “old used cars” to being recognized as vintage collectibles. It’s rare to find one that has barely been used at all in 2013, just in time to start riding a modest wave of appreciation. Find this 85k-mile 1983 Volvo 242 DL for sale in Tulsa, OK for $3750 via craigslist. 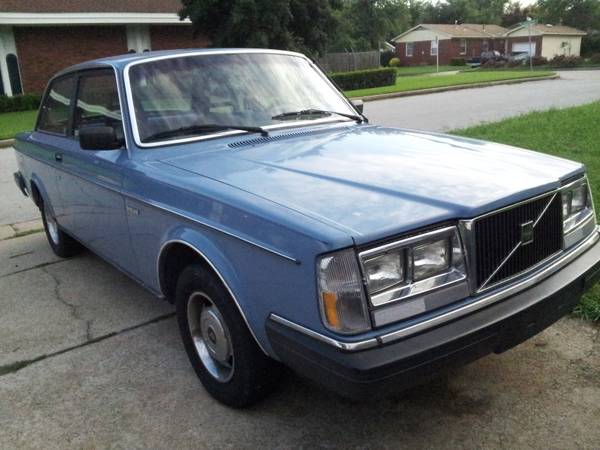 This 242 looks incredibly well preserved for its age and intended usage as a daily commuter, considering the base-model DL spec with 14″ steel wheels, naturally aspirated B23 2.3L four, and M46 4-spd plus overdrive manual trans. Low spec survivors like this car always seem to be automatics; the fact that this one isn’t burdened with a slushbox is a major plus in the drivability department. 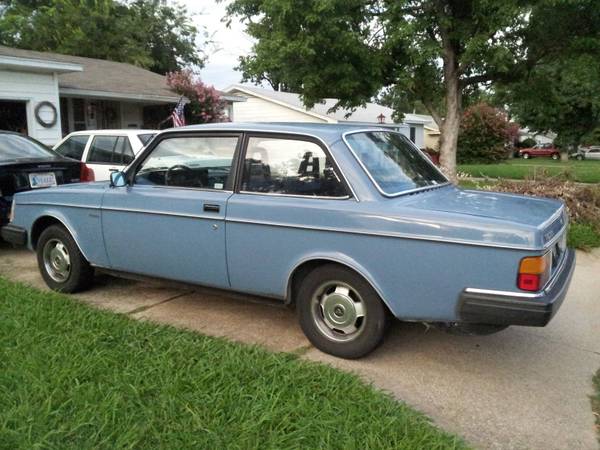 Scotia Blue is a great original color for 240s, and the 242 especially. This is high quality single stage paint so when it starts to get chalky, just buff and wax it back to sparkling like a teenth of Albuquerque’s finest Blue Sky, 99.1% chemically pure, methylamine-based “product.” 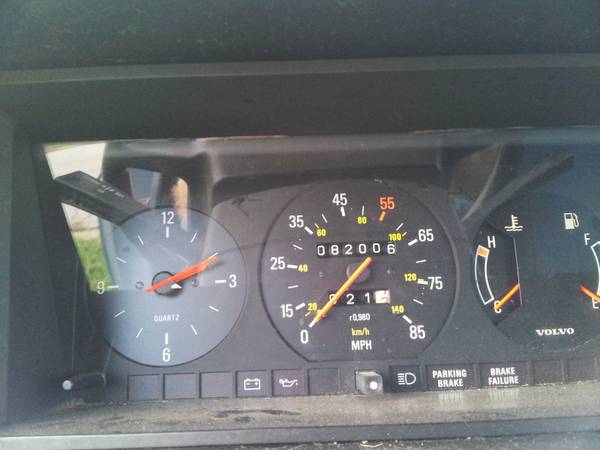 Volvo market watchers might be interested to compare our featured car to this one, a twin 1983 242 DL in the same blue known as “Badger.” It was built by a well known Volvo enthusiast and is now being re-sold via ebay (not by the builder). That car has 612k miles, a recently upgraded/rebuilt engine, widened steel wheels and patina stripes – where the blue has worn through to primer – hence the name. It recently showed up on another car blog, and as the price creeps up towards $4k we have to think that the featured Tulsa car at a lower price with 86% less mileage on the clock is worth a closer look.

These cars are also close twins to our own Daily Turismo Project Car, the only real difference being the blue on blue color scheme vs. white on tan for the DTPC. If this 85k-mile 242 only needs a new exhaust system (likely a few hundred $) it is probably the nicest original 30 year old Volvo on the market at the moment.

For comparison’s sake here’s Badger’s build thread, classified ad from last year (sold at $2950), and a quick post from the current owner.