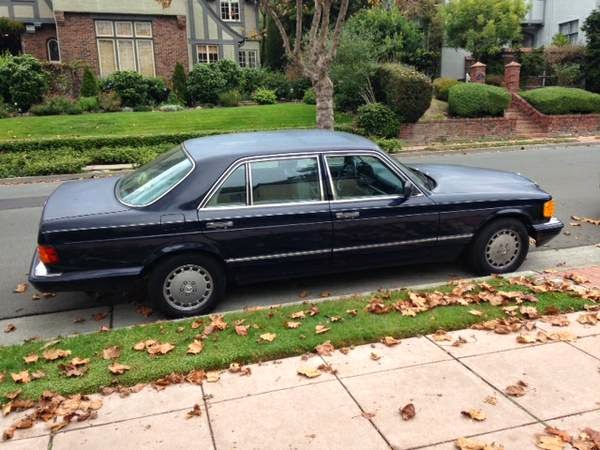 If you are going to buy a W126, you may as well get the flagship long wheel base
huge-engine variant. This is also a later model in the production life, so teething problems will have been addressed and it should be better equipped.  The top of the paint looks iffy in the photo, but it could be morning dew or a strange reflection, because the seller only mentions the scratch on the rear 1/4 panel and a missing drivers side window — but otherwise calls it a gem of a car.  72k miles on the odometer lends credence to this opinion. 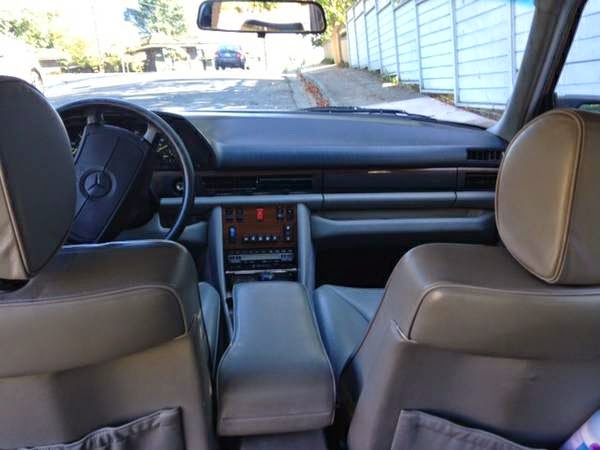 This 420 SEL is powered the M116 4.2 liter V8 putting out 221 horsepower
and 240 ft-lbs of torque, all mated to a 4 speed automatic
transmission.  The big Benz doesn’t drive like a Miata – but it’s not
slow like a Panzer tank…think more like an M2 Bradley or HMMWV.  It
has got enough torque to get to 60 mph in 8 seconds; not fast by modern
standards, but it’ll let you merge safely on the freeway if you can
afford the 1/2 gallon of gas, and these things are thirsty for dino
juice.

The seller didn’t include many exterior shots, so I grabbed this screen from Lethal Weapon 4 — that is Mel Gibson’s stunt double on an upside down table being dragged behind a pre-fab home…you’ll need to see the movie to understand, but one look at that W126 and you know you want it.

See another for sale? tips@dailyturismo.com