The W110 Heckflosse (German for fintail) was a 4-cylinder powered executive class sedan
built in Germany between 1961 and 1968.  It was the baby-brother to the high-end W111 chassis that later transformed into today’s S-Class.  Regardless, the economical W110
has its own set of fans today, mostly people who appreciate it for its
simplicity, style and economy.  Find this 1967 Mercedes Benz 200 W110 offered for $6,000 in San Gabriel, CA via craigslist. 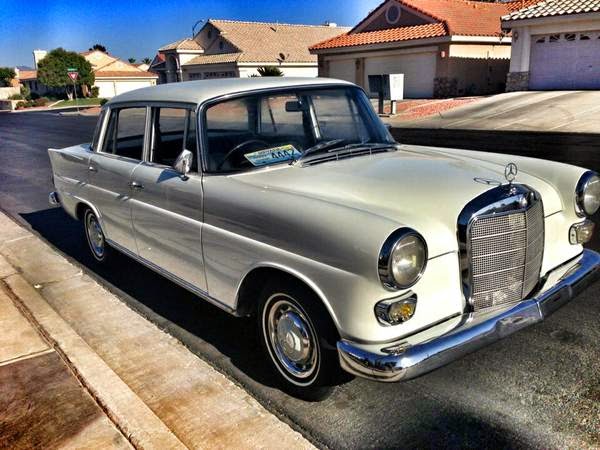 Mercedes produced over 600,000 of these tanks and you can find plenty for sale – but picking a winner is important. This one has a decent looking coat of white paint covering the outside and the chrome/brightwork looks great.  The right hand drive is not going to be everyone’s cup of tea, but it shouldn’t be a deal breaker. 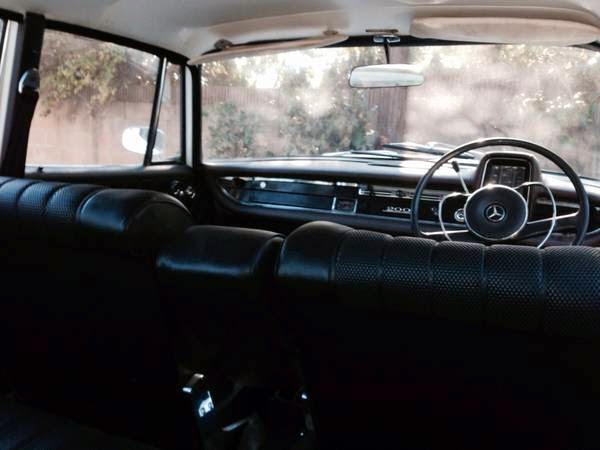 The seller doesn’t specify, but this car was probably imported from the UK, New Zealand or Japan — somewhere where it is acceptable to drive on the left side of the road.  The interior does look nice, so unless there are some issues that show up in an in person inspection, I think this car would be worth a bit more with left hand drive.  The 2.0 liter M121 inline-4 is good for about 100 horsepower give-or-take. 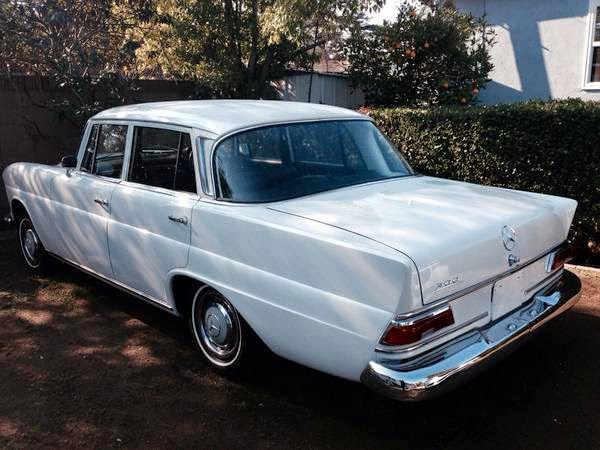