New Haven, Connecticut is a classically old school American city.  It was founded in 1638 by Puritans, was birthplace of Eli Whitney’s cotton gin, home of Ivy League school Yale University, birthplace of the Knights of Columbus, birthplace of the hamburger, steamboat, submarine, corkscrew, lollipop, frisbee…the list goes on. New Haven is also a diverse and affordable city with many neighborhoods in which to find a decent home at a good price. What better place to find a classically old school American coupe, also packed with history, technology and surprisingly affordable?  Find this 1965 Chevrolet Corvair Corsa Turbo 4spd for sale on New Haven, CT craigslist for $4,999. 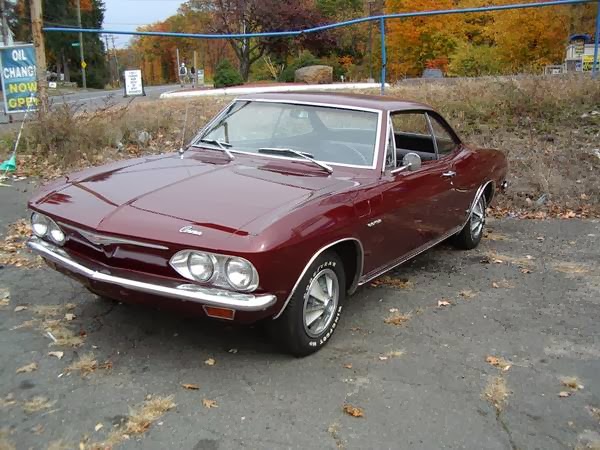 The price of this car really stands out in comparison to yesterday’s $22k yellow ‘Vert and while you may be right to point out that was a much nicer car, this one isn’t some rusted to crap basket case with an automatic transmission. 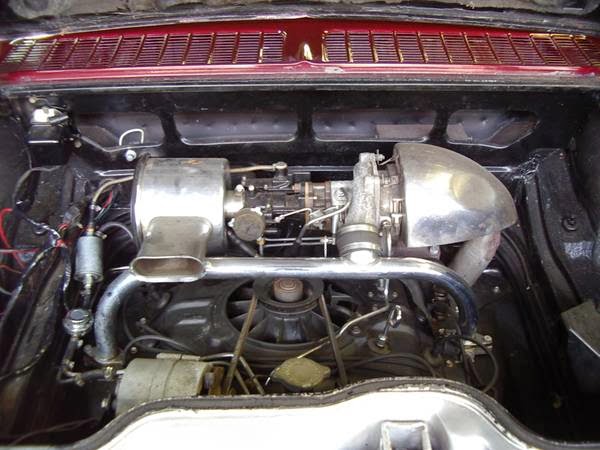 The fact that General Motors beat Porsche to the market with a rear-engined air-cooled flat-6 turbocharged engine by 10 years isn’t well known, but the fact remains that the 180 horsepower 2.7 liter draw-through turbo equipped Corvair would blow the doors off anything from Stuttgart in 1965. 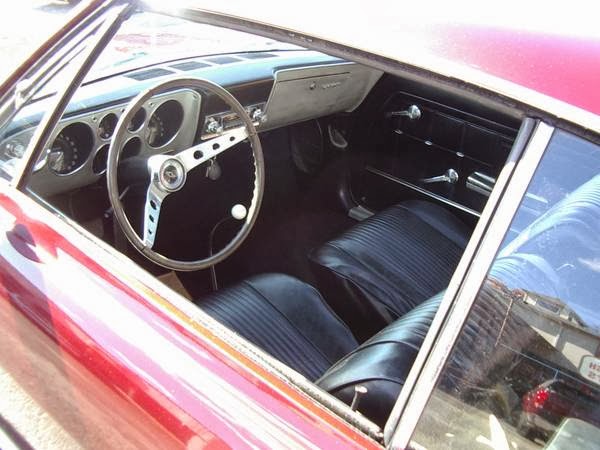 The inside of this Corvair looks to be in decent driver condition, not some show queen, and you’d let your friends eat a lollipop/hamburger or uncork a bottle of wine in the passenger seat.  The seller does admit some rust near the battery tray, but you can get a new one for $31 on Jegs.  Rust in one spot could indicate rust elsewhere and CT is a road-salt area, so just be sure to check the bottom thoroughly as the underside pics do show some surface rust.  With any luck the car wasn’t driven much in the winter and the bottom has been covered in a protective coat of oil mist and hydraulic fluids. 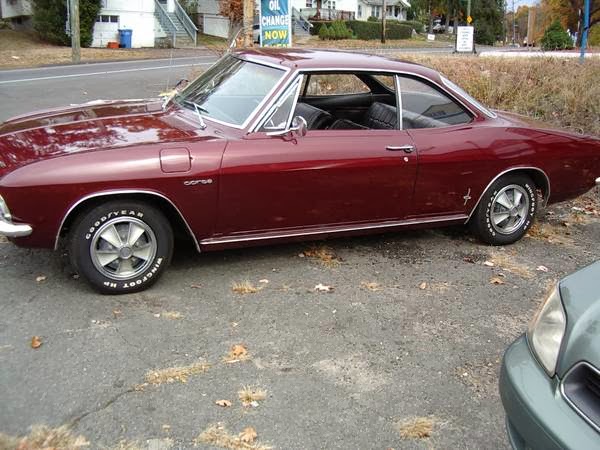 See a better mid-sixties 4-spd coupe for $5k? Send us a tip! tips@dailyturismo.com