There is something about the Volkswagen Beetle that brings out the Mr. Hyde in normally mild mannered people. Perhaps it is purgatory-slow speeds and clack-ity-rackity noise from the stock Beetle engine that drives its owners mad and convinces them to transform the egg shaped coupes into wheel-standing coffins.  Whatever the reason, we can’t think of one not to buy this 1973 Volkswagen Super Beetle with 513 horsepower turbocharged Acura V6 available in Reno, NV for $6,500. 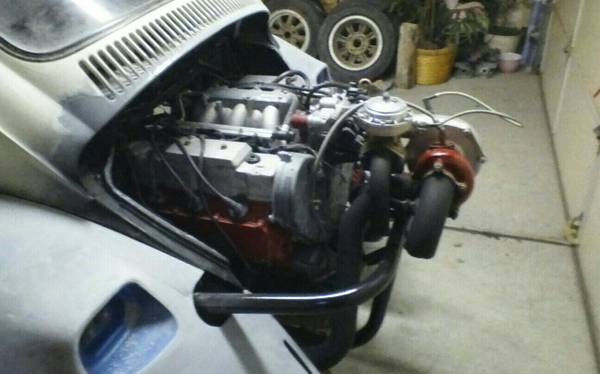 Did you, like us, mentally ask the question, does a turbocharged Acura V6 fit in the back of a Volkswagen? Regardless, the answer is no, but that didn’t stop the owner of this Bug from spending a claimed $27,000 on the engine and ‘race’ transmission alone.  What?  You can spend $27k on a engine/trans but you can’t take 5 minutes to write a few details of what we are looking at in the ad?  We’d appreciate any insight from Honda/Acura experts to let us know what they see in the comments below. C35A? 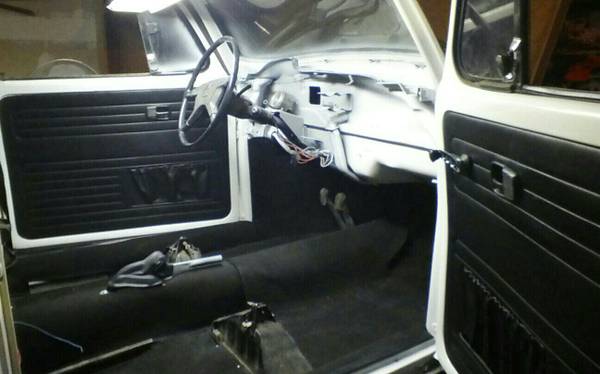 No mention from the seller on what kind of transmission is included in the car, but from the looks of the pedal setup it seems to be an manual (the accelerator pedal is likely hiding behind the tunnel in the shot above).  No stock VW transmission will take that kind of abuse, so we can only hope this BeeTL-S is equipped with a Mendeola transaxle like you’d find in an LS-powered sand rail flying over dunes in Glamis.  A huge late spooling turbocharger and a high-strung DOHC V6 will make for some interesting dynamics with the go pedal engaged…warp speed ahead… 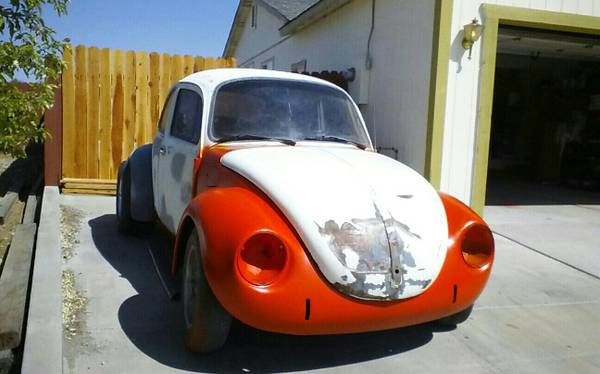 We really had high hopes for the condition of this project Beetle, but given the poor description in the advertisement and low asking price we can’t expect much. The Super Beetle is a great platform for this kind of build since they are regarded as the ugly “fat chicks” of the VW community (not our words) but include meaningful upgrades like a real McPherson strut front suspension. When complete this car should be completely insane and instantly wrapped around the nearest telephone pole, but for those few seconds it will be the best 911 turbo impersonator you can buy for a few grand.