Many years ago Carroll Shelby partnered with Hertz Rent-A-Car to provide Shelby Mustangs for the rental market.  The cars were returned to Shelby and he sold them to the public for cheap because nobody wanted an ex-rental car.  Today, the Hertz GT350H is a high dollar collectible sought after by Shelby fans and command six figure prices from sites like Hemmings.com.  However, many years later Papa Shelby had relations with another rental company and spawned a Chrysler front wheel drive hot rod called the CSX-T which today are 100th the cost of a Hertztang.  Find this 1987 Shelby CSX-T Thrifty Rental car for sale in Henderson, NV currently bidding at $750 with 1 day to go via ebay (and on craigslist for $2k).  (This article was featured on the front page of Jalopnik.com via kinja) 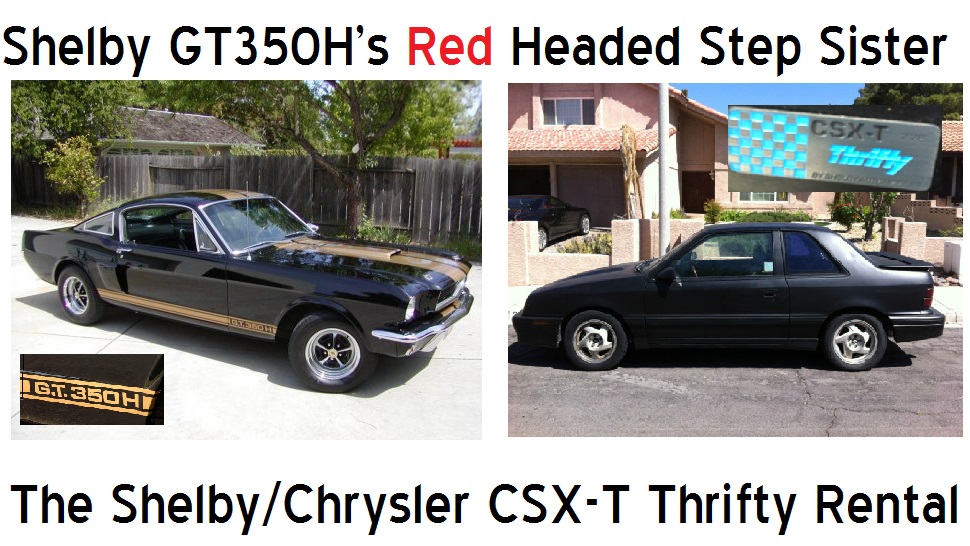 Only 1000 of the CSX-T models were ever produced, making them similar in rarity as the 1966 GT350H.  Unfortunately this is where the similarities end…as the GT350H was rented by racers and campaigned in SCCA races on the weekend, but Thirfty CSX-T was driven to Thrifty’s on the weekend for ice cream; in 1987 the days of racing a stock car in SCCA was ancient history. 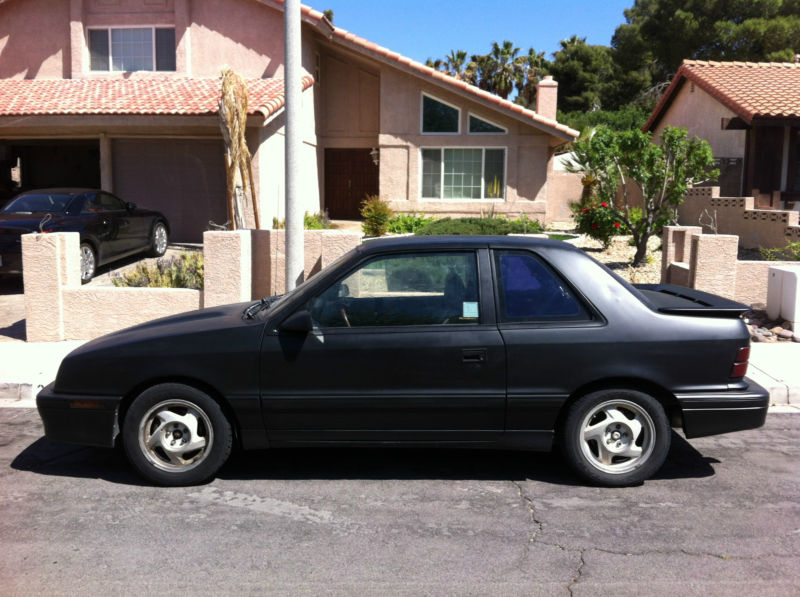 The CSX was based on the Dodge Shadow/Plymouth Sundance, but with a sprinkling of Mr Shelby’s magic powder to make things more fun. Shebly added a bit more power, some stiffer suspension parts and cosmetic external pieces to put a little more quick-step in the Shadow’s dance routine.  This particular CSX-T is wearing a coat of faded or flat black paint and fits the bill for an 80s rat rod.  The 2.2 liter Chrysler turbo I engine was equipped with a non-intercooled Garrett T03 turbocharger boosting the power output to 146 horsepower and 160 ft-lbs of torque.  Power is put to the front wheels via a 5 speed manual gearbox. 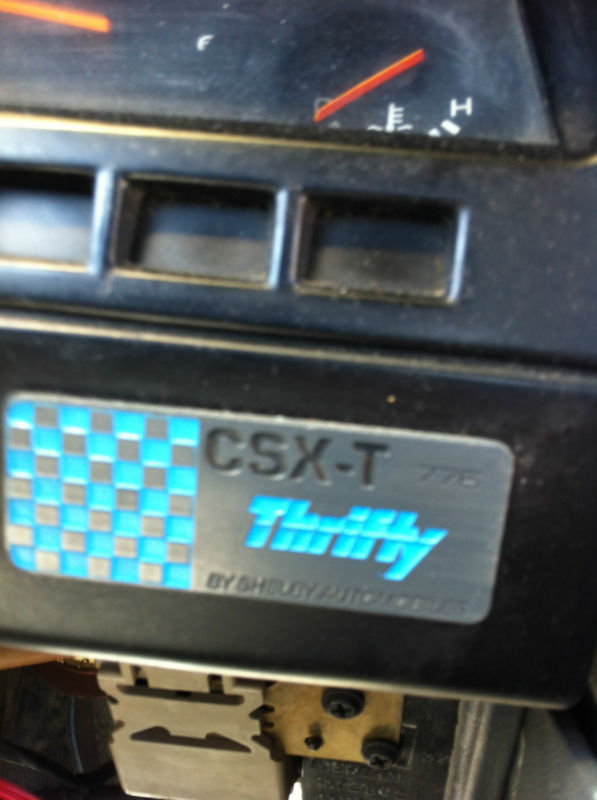 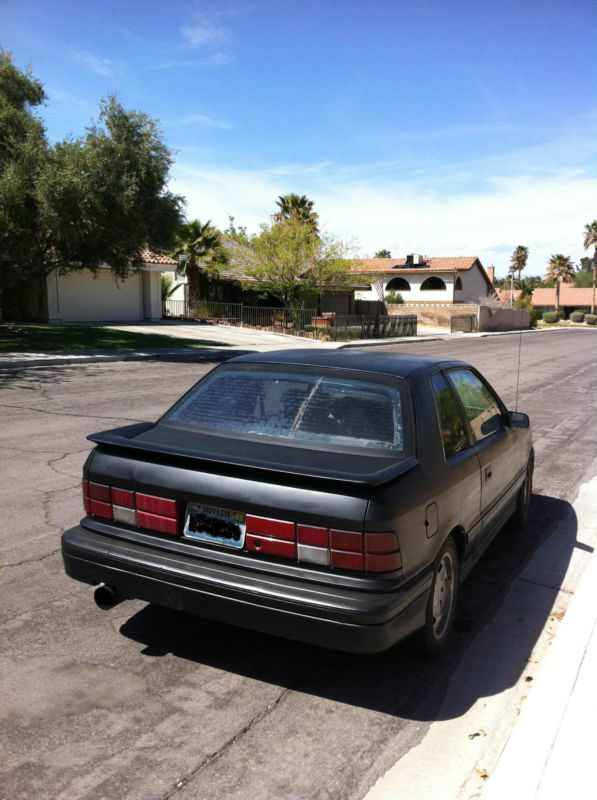 This CSX-T proudly displays its “Thirfty” dash plaque and is number 775 out of the 1001 cars produced.  We don’t think that the CSX-T will ever be as sought after as the GT350H, but clearly the current prices are nearing bottom and this would be a good time to pick up a clean example…

If have your heart set on a front-drive Shelby coupe, but you prefer a Dodge Shelby Daytona, those are cheap too!  Here is a 1989 Shelby Daytona near Washington, DC that looks in fair shape for $2500.