From 1971 through 1975 the Opel Ascona was imported with the 1.9 liter 4-banger to North America and sold in Buick dealerships as the Opel 1900.  In 1976, GM switched to importing the Isuzu badged
Kadett (aka Bellett Gemini) which was appropriate because it looked like a 1970 Kadett…but I digress.  The ’75 OPEL Ascona was a solid car but was not cheap
when priced against a host of Japanese competition.  The Deutschmark
was up, the Japanese Yen was down, so along came Honda/Toyota/Nissan to fill
the need.  Find this 1975 Opel Ascona 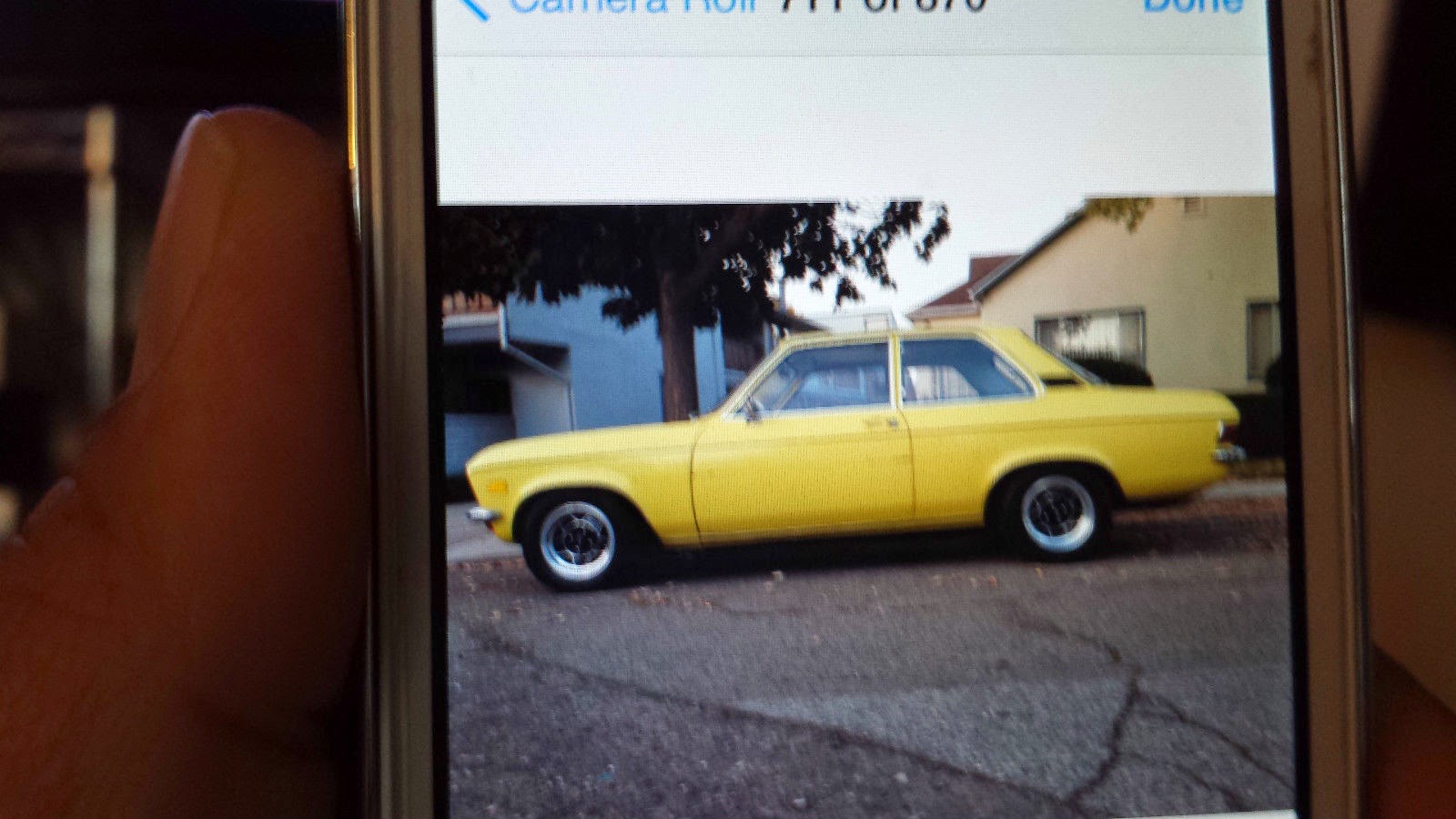 While there always seems to be a smattering of Opel GTs for sale every day, the Mantas and Asconas are becoming as rare as hen’s teeth.  While this one is a little high priced, finding a decently preserved, running one is getting very tough. Finding one with a manual transmission, tougher still.  In its swan song year in the US, the 1975 Opel 1.9 liter engine was fitted with Bosch Fuel Injection for improved performance.  There are no under the hood shots, so there is no telling if this car is fitted with FI or converted back to a carb. 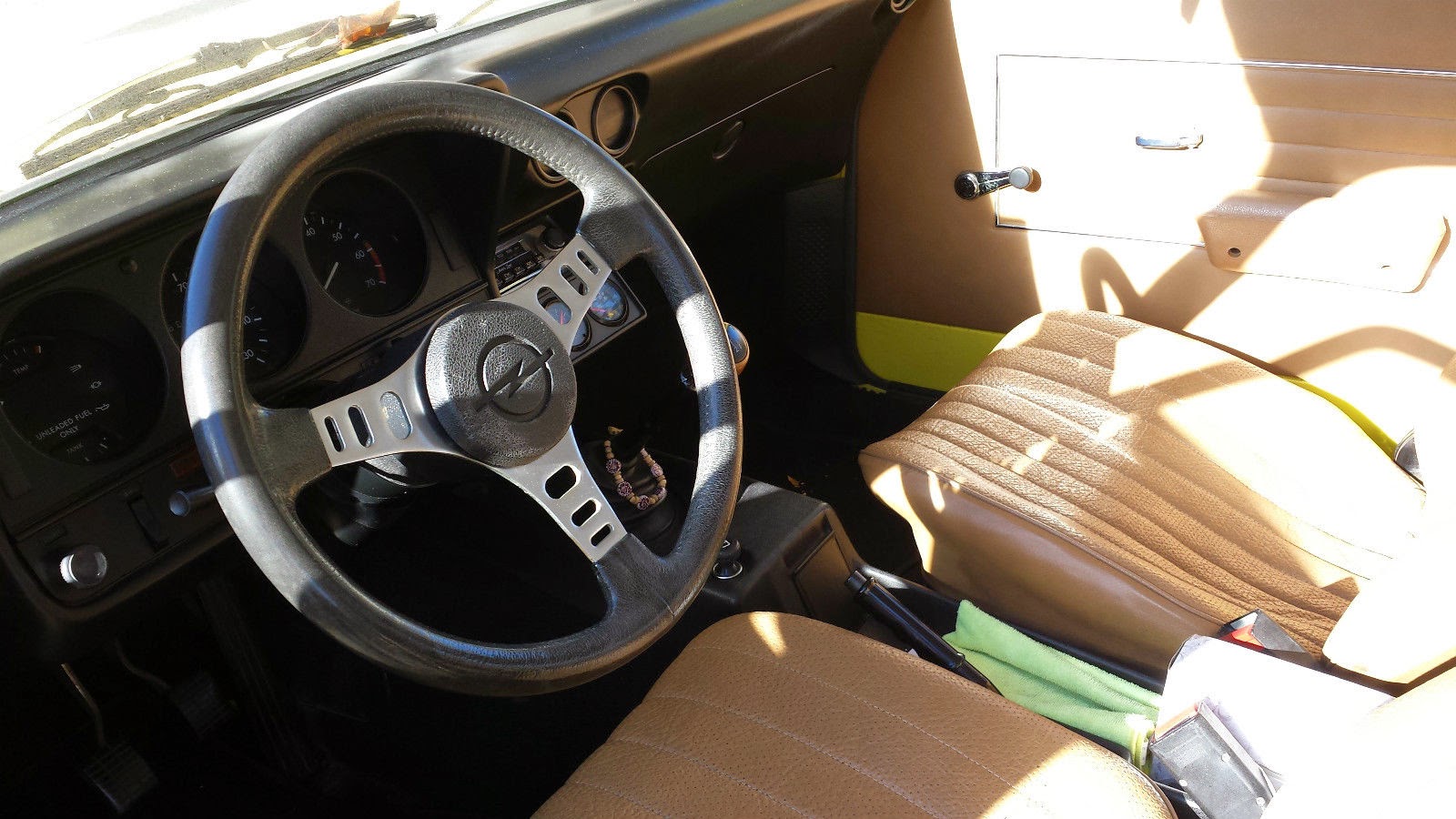 The Series A Mantas were unceremoniously bumped out of SCCA
competition because they were doing just a little too well, so anyone who wanted to
race an Opel had to do it in the Ascona instead.  While that might sound like a disadvantage to the determined Opel racer, the Ascona actually had a little better weight distribution that the more aerodynamic Manta.  A little slower on the straights but a little quicker on a tight track.  Some serious fun can be had when you’re driving a slow car fast. 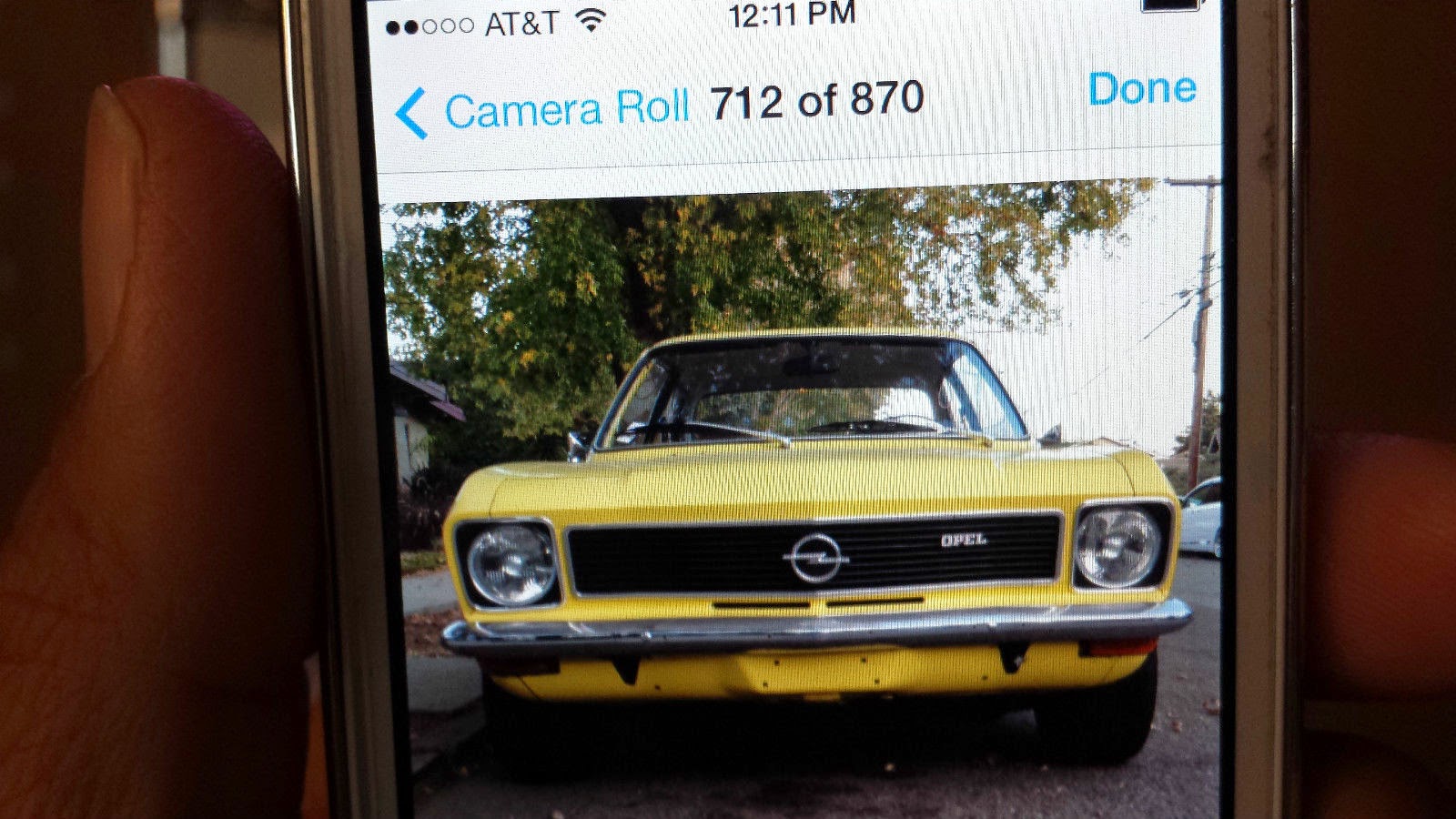 As a commuter/family car these square little boxes had
tons of room in the back seat and had a trunk that only Aldo Moro, Vito
Corleone or a funeral director could put to its full use.  Hunsbloger recollects a story about a buddy of
his who bought one, drove it for a couple of days, then took it to the racetrack and rolled.  He learned a harsh lesson about insurance, racetracks, housewives and their commuter
cars.

The strange combination of pictures of pictures is truly baffling, but with a little imagination, this could be a sweet ride.