Last time we featured VW’s little 2-door wagon from the ’60s, the Type III Squareback, it was this “special” El Caminoized custom. Today let’s take a gander at the opposite end of the spectrum with a slightly scruffy but completely stock and original example of this attempt by VW to break into the automotive mainstream. Find this 1968 Volkswagen Type III Squareback for sale in Berkeley, CA for an even $5,000 via craigslist. Tip from fueltruck605 via craigslist robot. 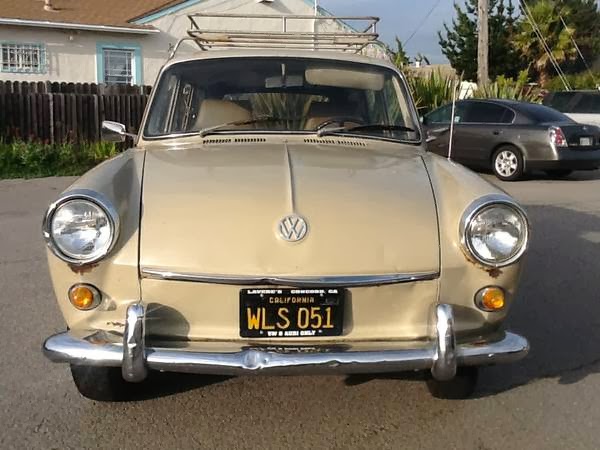 Aircooled Volkswagens are kind of like dimwitted yet faithful dogs. You know they will always be there waiting for you when you get home (in your far superior daily driver), they aren’t the smartest or most capable beasts, but you love them anyways. VW’s manufacturing techniques, materials choices, and quality control were second to none as they refined the aircooled lineup, despite their odd 1930’s engineering and bargain prices. 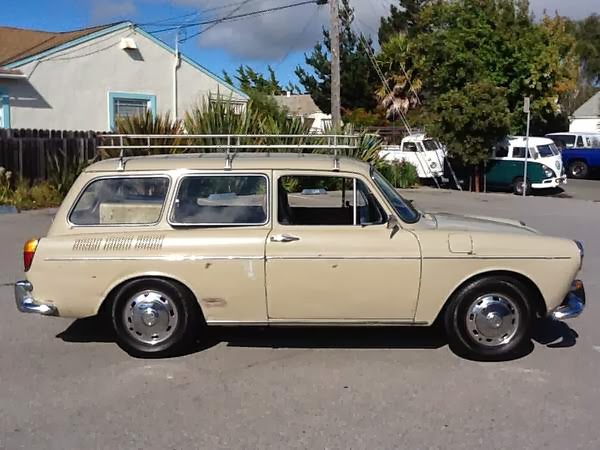 The Squareback was one of three body styles offered by VW for the “technically better than the Beetle” Type III. There was a Fastback version offered in North America, as well as a “Notchback” or 2-door sedan offered in other markets. The Squareback has good proportions and all of the Type IIIs are not bad looking cars, but are so much smaller than a modern subcompact…even though they look normal sized in pictures. The 21st-century mind must recalibrate to realize what passed as normal size for an automobile 50 years ago. 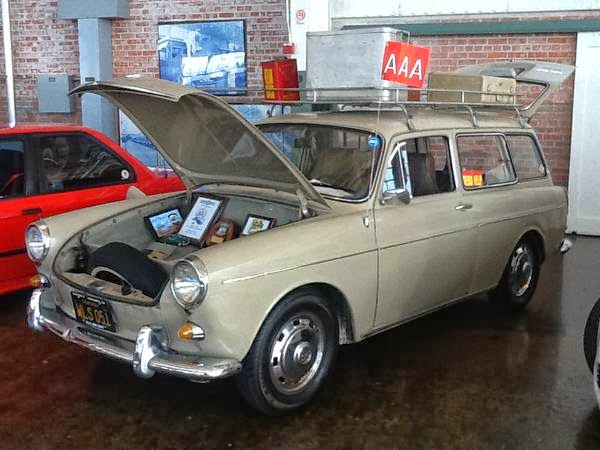 This one comes with all manner of plaques and awards displayed under the front hood, along with its claimed original paint job and stock demeanor. The seller is right when he/she says that “finding an untouched VW is difficult today.” If untouched = unmodified, then yes – it is difficult because parts have always been cheap for these cars and modifications just a few easy wrench turns away. Just be aware that modified does not equal improved – just because it’s easy to change something doesn’t mean you made it better than the thousands of engineers who slaved for years to design the thing. 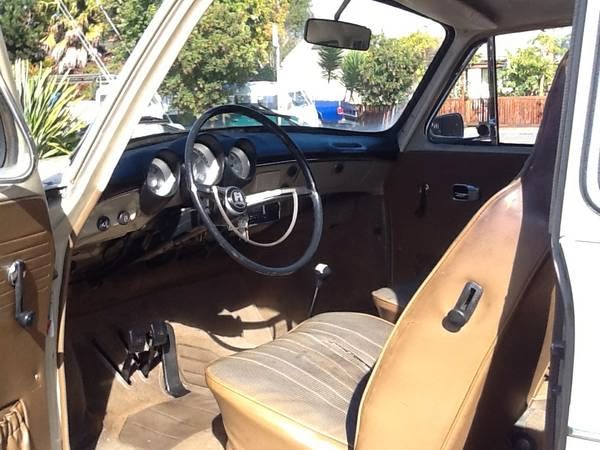 The Type III interior had a bit more flair than earlier VWs with its tri-binnacled dash. Otherwise, this is familiar territory to anyone who has driven a Beetle or Karmann-Ghia. Floor-hinged pedals, upright chairs, a windshield two feet in front of your face, a large thin rimmed steering wheel connected to a light and lively front end, and a shifter that feels not like a direct mechanical link to any transmission, but more like an engine order telegraph that’s giving commands to some small man in the deep rear recesses of the car. He may or may not do what you tell him. 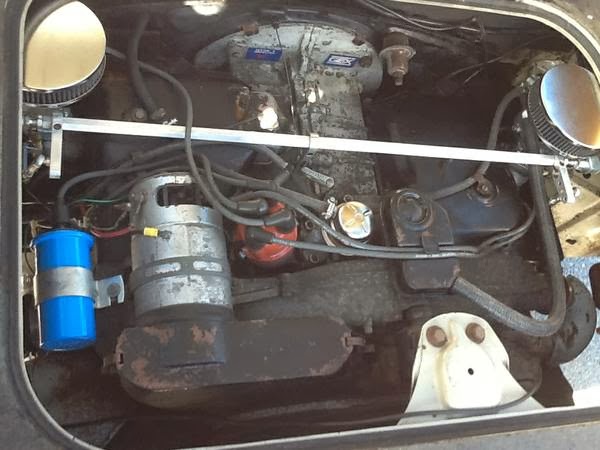 The Type III used a “pancake” version of the Type I aircooled flat four; instead of the upright fan shroud VW fitted a flatter, more compact cooling system that made the whole engine fit under the rear load floor of the wagon. Being a 1968 model year this 1600cc workhorse was the last to use dual carburetors. In 1969 (yes, 1969!) they introduced the Bosch fuel injection system and set the stage for the gradual 20 year phaseout of the carb from automotive engines, to the chagrin of rednecks and curmudgeons the world over.