In 1961 Chevrolet introduced the Corvair 95 light truck version to join the 2-door and 4-door Corvairs released in 1960.  The Corvan was available as a Greenbrier Sportswagon, (essentially a panel van), Loadside (conventional rear loaded pickup) and the Rampside (uses a side door to access the lower front section of the bed).  It is the thinking man’s alternative to the amusingly expensive VW Bus/Van/Transporter/Kombi and is sketchy enough when moving that you will never want to drive at speeds that will cause the swing axle to suddenly decide to kill you. Find this 1961 Chevrolet Corvair Pickup here on eBay

currently bidding for $2,602 with 2 days to go located in Sherman Oaks, CA. 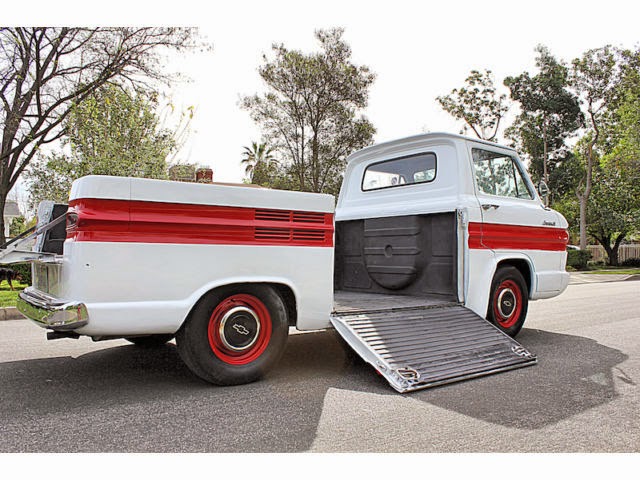 The Corvair 95 used a cab-over (or cab forward) configuration to maximize cargo hauling capacity (and passenger sea-sickness), but you won’t find the engine under the driver’s rear.  It used the same rear mounted flat-6 attached to the rear wheels as all other Corvairs, and the result as a strangely low middle/front section of the cargo bed.  (In case you were wondering, those are Chevy S-10 pickup hub cap covers — Hunsbloger) 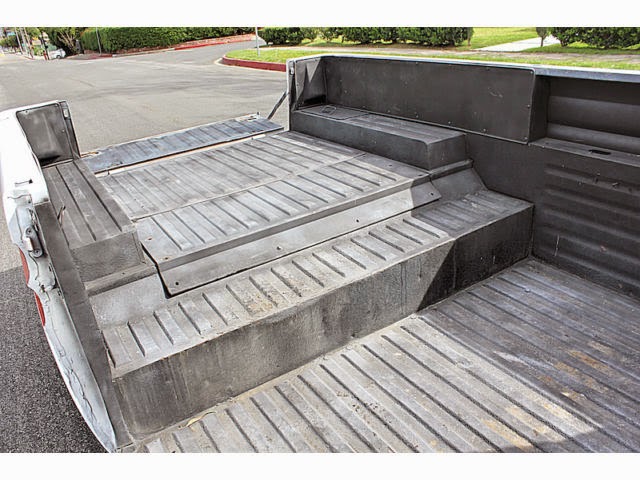 If you were willing to roll your junk over an engine hump you could get the curiously named Loadside version (bed opening at the back) but most buyers opted for the Rampside — named for the ramp on the side. The 2.4 liter aircooled flat-6 under the hump pushes out 80 horsepower, but a swap to turbocharged 180hp engine from a later ‘Vair wouldn’t be that hard. 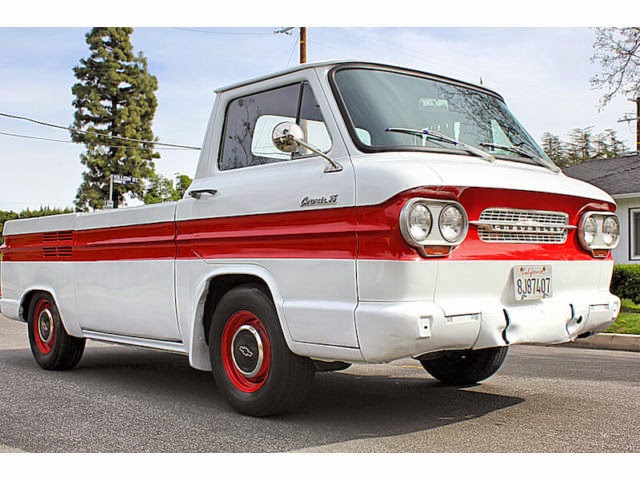