The Mercedes-Benz W210 chassis was sold with the under the E-class from
1995-2002.  Mercedes offered some versions with 6-cylinder engines where the E stands for executive, but in 1998 the E for eggads my spleen just ruptured AMG version was released.  It was a $70k trebuchet in a schoolyard spitball fight and sent lesser German sedans home with their tailpipes between their legs.  Find this 2000 Mercedes-Benz E55 AMG offered for $5,500 in Thousand Oaks, CA via craigslist. 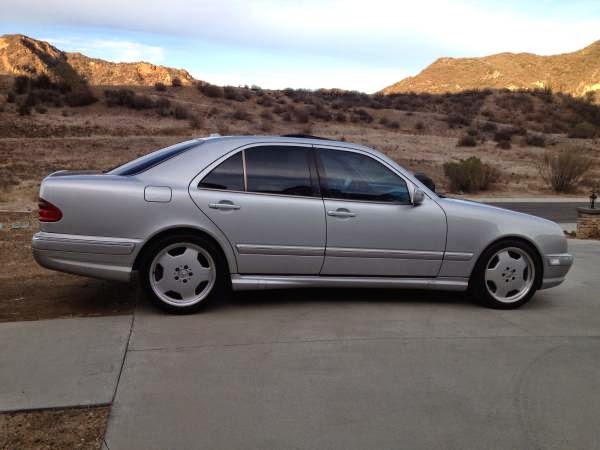 This 349 horsepower V8 powered muscle sedan has 258,000 miles on the odometer, but looks ready for another few hundred k.  Ignore that little voice that tells you this thing is about to blow up and focus instead on the odd whispers that suggest it is just getting broken in.  If each mile that was put on this thing was a testament to its build quality, then this particular example must have been built by the finest tech at AMG’s Affalterbach facility.

That is a whole bunch of miles…but if it has lived this long…why not try and flip the odo?