In the opening scene of the 1995 Martin Scorsese film Casino, a peach suited (with pink shirt, pink tie) Ace Rothstein (played by Robert DeNiro) steps into a Cadillac El Dorado Biarritz and is instantly engulfed in the orange flames of a large car bomb.  The movie was based loosely on an actual true-to-life event of real mobster Frank Rosenthal who survives the explosion thanks in part to an extra thick piece of steel placed under the driver’s seat, ostensibly to balance the car left/right weight distribution – but you don’t find that out till the end of the movie.   I’m sorry if I’ve spoiled that for anyone, but we don’t do spoiler alerts here at DT because we enjoy spoiling things – gotta a problem with that, get your own site. If you want to live your very own Ace Rothstein life of chips, chicks and coke, keep reading and start the right way by saving your cash for the other white stuff and pickup this cheap 1979 Cadillac El Dorado Biarritz currently bidding for $4,494 reserve-not-met in San Francisco, CA via ebay. 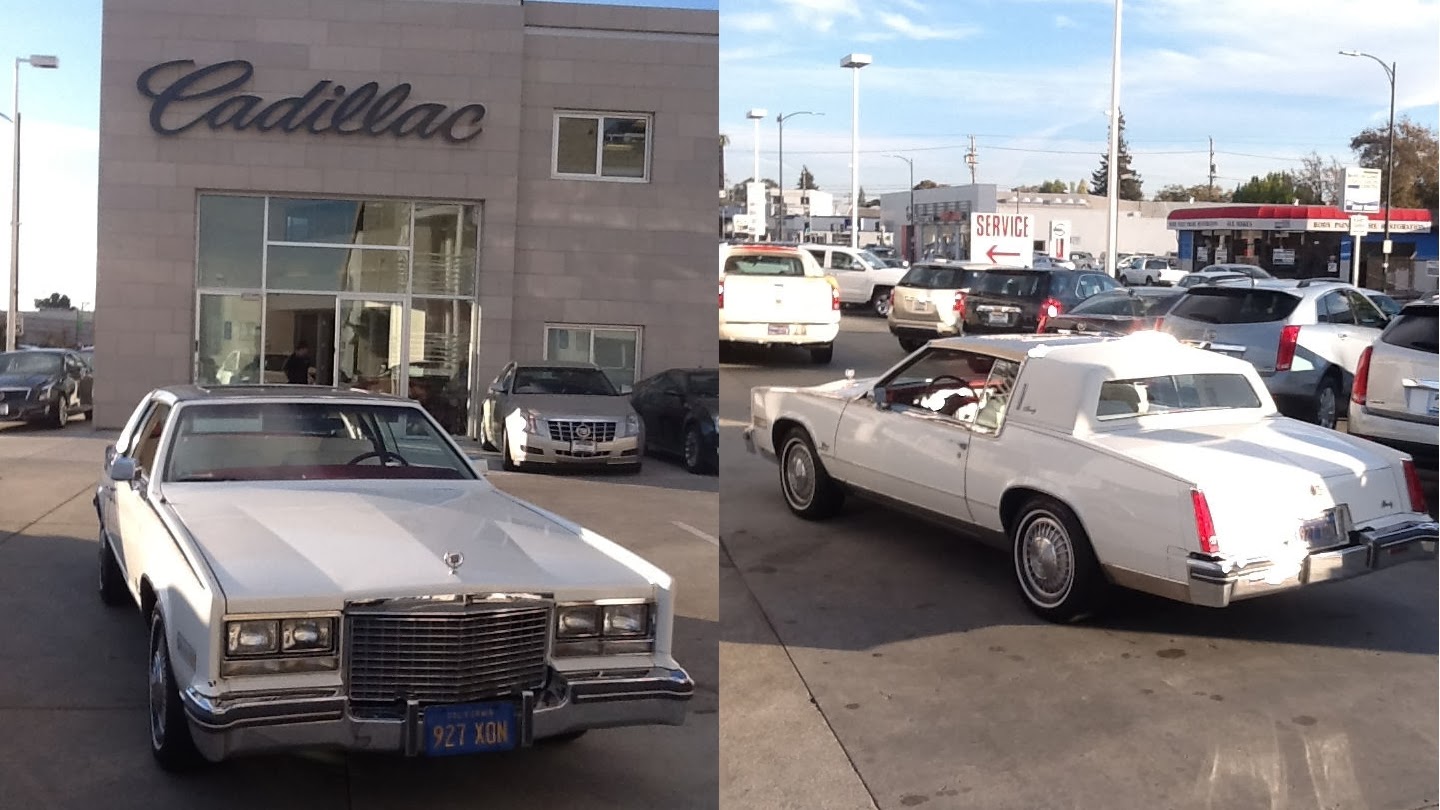 The 9th generation Cadillac El Dorado (1979-1985) shared its E-body front-drive platform with other notable cruise liners- the Oldsmobile Toronado and Buick Riviera.  Not to beat on a dead horse-head, but the Eldorado dates from a time when gangsters needed nice, plush automobiles with big back seats and larger trunks and weren’t worried about Nürburgring lap times or turn-in under braking.  Before you start saying “but you need a good handling car to evade the police” – just forgettaboutit.  A real wiseguy doesn’t run from the cops, he surrenders peacefully (with some properly poignant epithets thrown at his captors); does a dime; gets out wiser/smarter and goes and whacks the mother##$%*er who ratted him out in the first place.  No need for a summer tires, manual transmission or rear wheel drive for any of those activities. All you need is AC in the front and  enough room in the trunk for a few large shovels and an old roll of carpet or two. 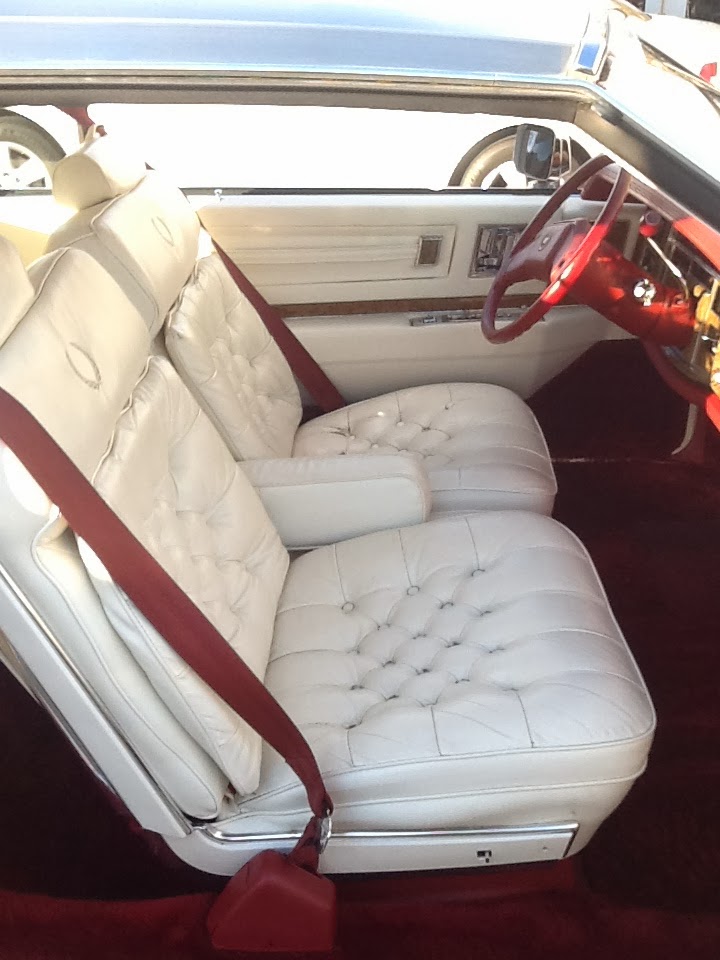 The interior of an El Dorado is the highlight of the car – and it doesn’t get any better than the top of the line Biarritz edition (named for some fancy shmancy resort in France…but it really doesn’t matter).  White leather pillow top seats (as done by Lazy-Boy not Recaro thanks!) and white doors accented with deep red dash, seatbelts, steering column — ooooo eeee.  Looks gooooooooood.

Oh snap!  Robert DeNiro’s stunt double gets toasted in this screen capture from Casino (from imcdb.org)