The engineers at Renault may have been may not have been joking when
they chose the Spanish word for “fire” when naming the R17
successor…but it certainly is funny in hindsight. Regardless, the Fuego was built by Renualt from 1980 to 1986, sold in the US through
AMC dealers and featured such innovations as
the world’s first keyless remote system and steering wheel mounted
stereo
controls.  Find this 1985 Renault Fuego offered for $3,000 in Temecula, CA via craigslist.  Tip from FabianW. 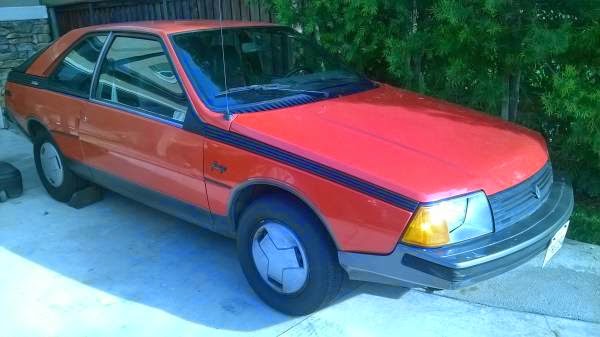 The Fuego was designed in house at Renault,
overseen by Robert Opron
who was responsible for design of the Citroën SM, GS & CX.  It isn’t a bad looking car and bares a passing resemblance to Giugiaro’s Isuzu Impulse (that is a good thing in case you were wondering).  The 2.2 liter inline-4 is good for 107 horsepower and mated to a 5-speed manual gearbox. 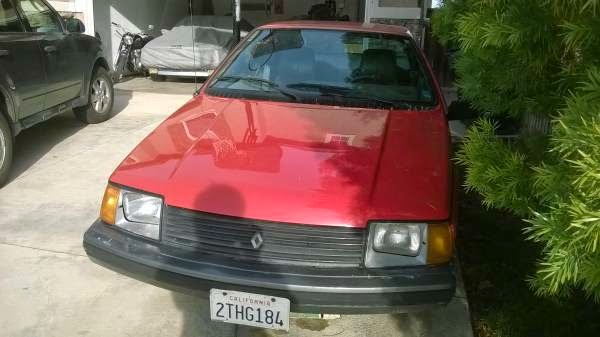