The E90 (sixth) generation Corolla (1988-1992) will be forever remembered as the start of the inevitable decline of fun from Toyota’s entry level compact, starting with its unforgivable switch from rear to front wheel drive (a pox on your children’s children!!)…except that it is a better car in virtually every way compared to its predecessor. It was more refined, more comfortable, better looking, blah blah — yeah, you get the picture.  Find this 1989 Toyota Corolla GTS offered for $4,300 in the Los Angeles area, CA via craigslist.  Tip from FuelTruck. 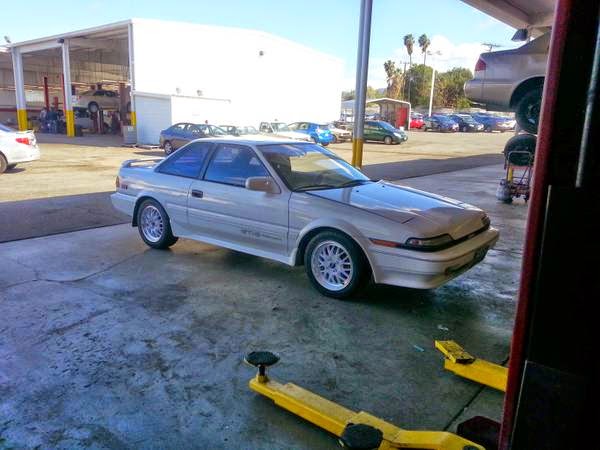 Before everyone gets their clown pants in a bunch, I’d like to point out that the rear-drive AE86 Corolla is probably a better platform to modify, and rear wheel drive is mostest bestest…but the E90 generation Corolla now had all models (sporty, sedan, hatch) all living on the same front-drive NUMMI built platform.  Sales increased and Toyota’s inevitable climb to the worlds largest automobile manufacturer in the world continued one bland cheese sandwich at a time. 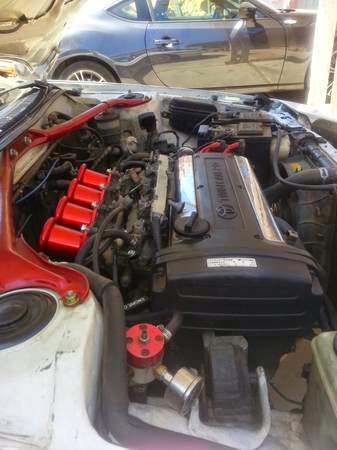 The US spec GT-S would have come with a 4A-GE 16-valve 1.6 liter inline-4 good for 130 horsepower, but this car has had a 20-valve “black top” 4A-GE built in the late 1990s for Japanese market Corolla and good for 165 horsepower.  The black top 4A-GE used a speed-density calculation for airflow instead of a mass airflow sensor because of the use of 4 individual throttle bodies for air control and fuel metering. 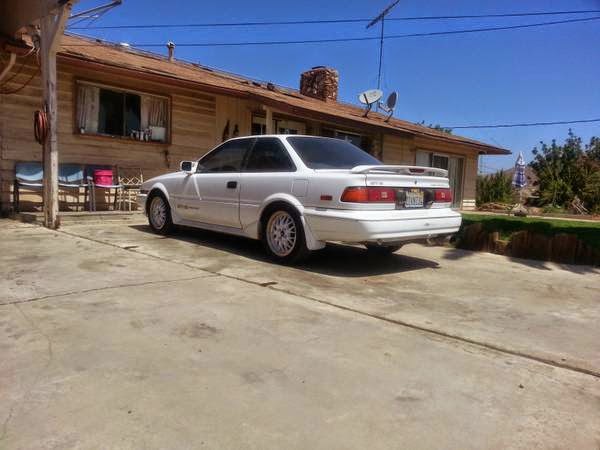 See another car being sold for cheap probably because it won’t pass a California smog test? tips@dailyturismo.com