You might recall that a few months back (okay, it was almost a year ago…where does the time go?), CFlo’s wife picked up the Schmetterling, a great running/driving BMW 2002 for a non-project car.  It isn’t a perfect show car, but it starts runs and you can park it on the street without worrying the city will tow it for being abandoned.  What more can you ask for in an inexpensive classic?  Not much.  Find this 1969 BMW 2002 offered for $6,200 near Tucson, AZ.  Tip from DK. 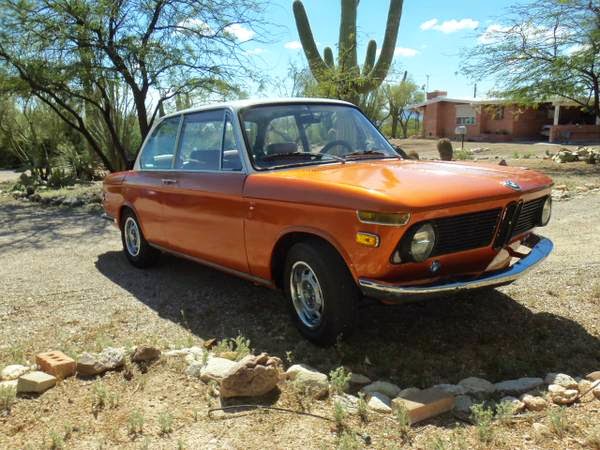 The BMW 2002 has been called the European
equivalent of the Ford Mustang or Datsun 510.  They are inexpensive, parts are
plentiful/cheap and, most importantly, they are easy to understand,
diagnose, and fix when things go wrong…and things always go wrong.  The trick is that with the 2002 the problems are easy to reach (checkout all that engine bay clearance) and relatively inexpensive. 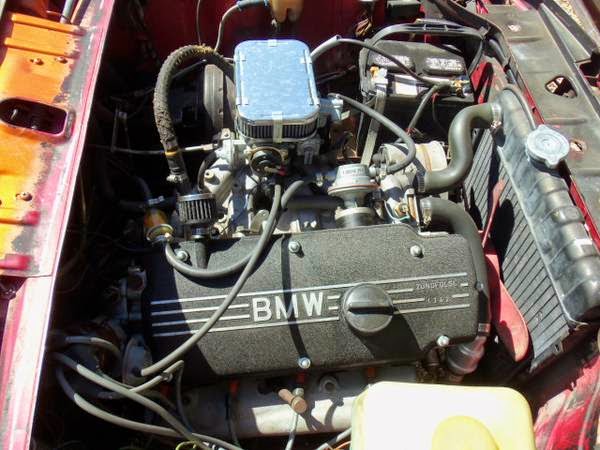 The BMW M05 (parts of the M10 series) is a 2.0 liter inline 4-cylinder rated at
100 horsepower and 106 ft-lbs of torque.  It does a great job of hustling the lightweight 2002 body around the curves and it will return decent fuel economy no matter how you shove your foot into it. 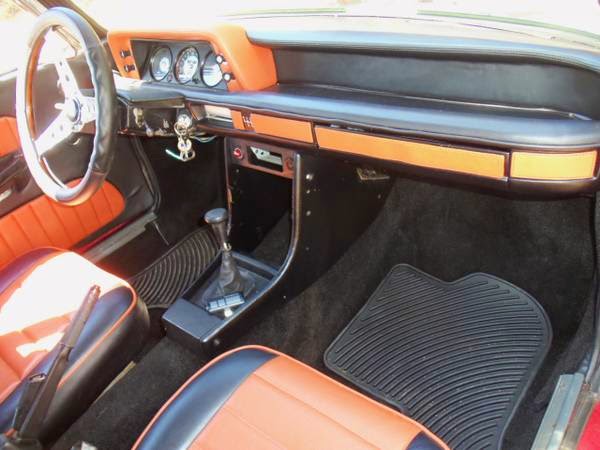 Typically a 2002 at this price point would feature an original and torn up interior, but this one has been redone in some kind of orange/black prison style setup.  It actually looks nice in the pictures and if the fit is nice it would be cool feature on this little classic. 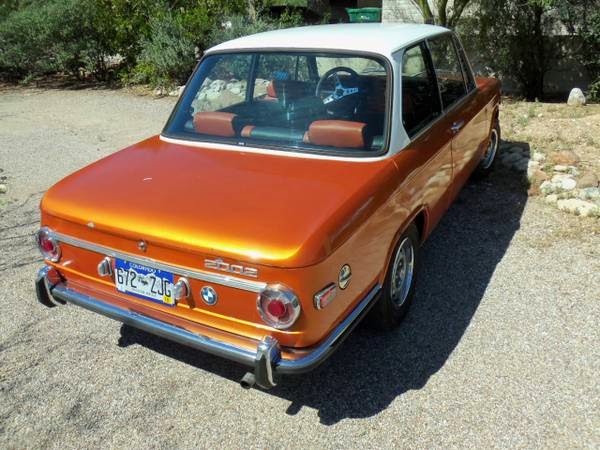 See a better deal on a copper colored classic? tips@dailyturismo.com