The Rover P4 was a saloon car built for from 1949 to 1964 and looked a lot like the Studebaker Champion.  The early models received a center mounted fog lamp that earned them the nickname “Cyclops” but by the time this one rolled off the assembly line it appeared more normal and was about to be replaced by the Mark II.  Find this 1954 Rover P4 75 offered for $3,500 in Prescott, AZ.  Tip from Matt. 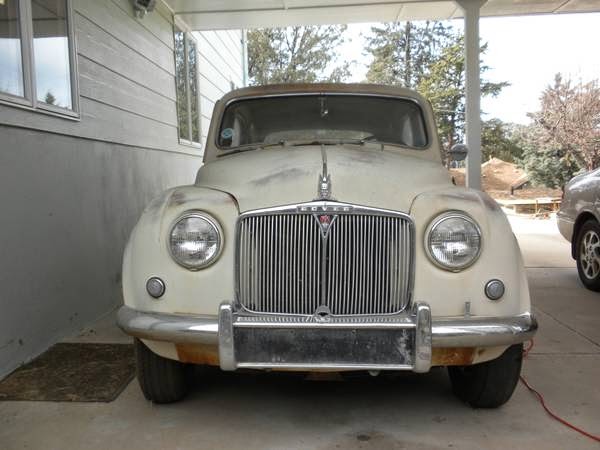 I’ve got to admit that my understanding of the 1950s Rover lineup is somewhat limited, but internet sites seem conflicted as to the use of the P4 name with the 75, and this seller simply calls it a Rover 4-door sedan.  Wikipedia’s article says the P4 is a fleet use name while the consumer cars would have been simply called a 75, but gives no link to a standard Rover 75 page.  A few other sites like simoncars.co.uk simply call the 75 a model designation within the P4 family. Perhaps a Rover expert can chime in the comments and clear things up. 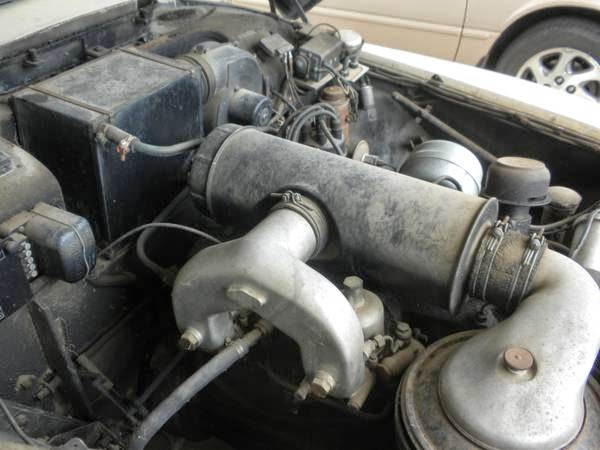 Under the bizarre looking air cleaner/intake plenum is a 2.1 liter Rover IOE (no, this does not stand for Index Of Effluency from the 24hrs of LeMons, but it probably would be an instant winner if you entered one..) inline-6 good for 80 horsepower and 115 ft-lbs of torque. 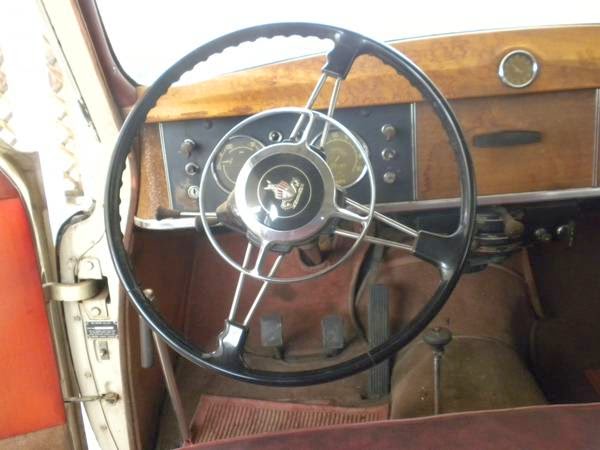 Inside you will find a proper 4-speed manual shifter mounted to the floor, capable of coaxing rapid 0-60 sprints in just around 26 seconds. 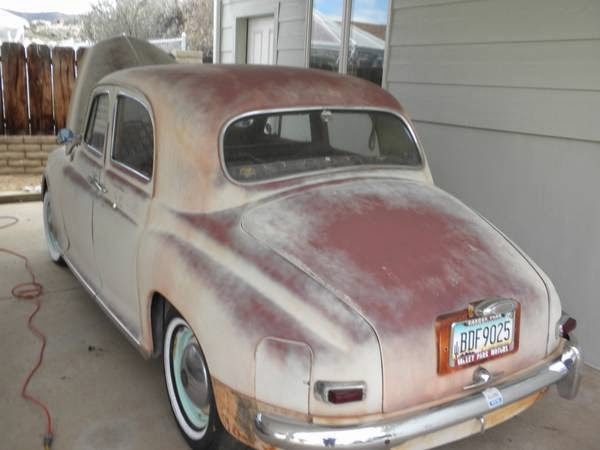 See a better classic that needs a complete overhaul?  tips@dailyturismo.com