Most ‘Some Assembly Required’ and ‘Zombie-Proof’ badged vehicles on the Daily Turismo are horrific things that no-one in his right mind would bid on – and today’s featured vehicle is awesome and would be welcome in our garage.  This home-built Panzer IV Tank project is for sale on ebay in Paragould, AR currently bidding at $1,275 reserve-not-met with 4 days to go. 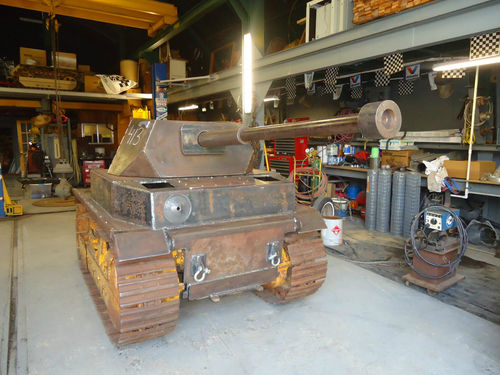 The day-to-day problem with owning and storing a real Panzer tank is the size; but this intrepid tank builder solved that by building a 1:2 scale Panzer tank.  Sure, you can’t fit a crew of 4 into this tank – but when the zombie apocalypse comes you aren’t going to want 3 other half-turned losers trying to steal your water supply – it’ll just be you and some ammo against hordes of undead. 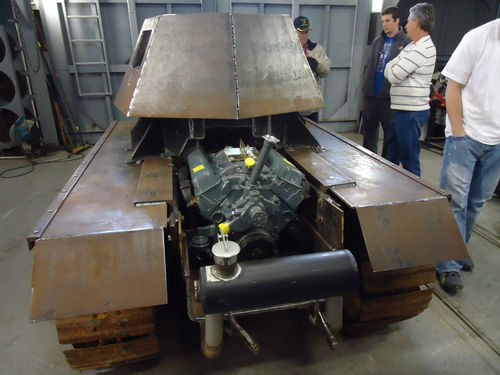 This Panzer sits atop a 1957 Case Terra-Loader chassis and is powered by a Chevy 305 engine and GM turbohydramatic slushbox.  As previously mentioned we feel the 305 is a mistake when 350’s are so cheap – but someone probably paid the builder to take the 305 off his hands and its driving an 8,000 lb tank, so it doesn’t matter. 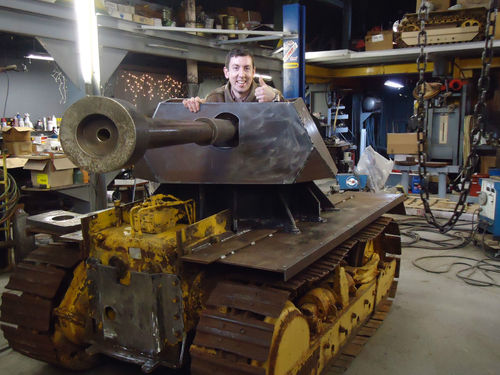 The barrel caliber looks a bit small to us – so we’d need to swap that out for something that packs a bigger punch and mount a co-axial machine gun for additional terrorizing capabilities.  It is also important to armor plate the sides in a sloped manner so that explosives and projectiles can’t wedge in between the body and turret in a combat situation.  Bottom line: if this were closer – it’d already be at DT headquarters.

See another tank for sale?  email us here: tips@dailyturismo.com