The 2nd generation Pontiac Firebird was sold from 1970 through 1981 – bridging the gap from the height of the muscle car madness through the worst of malaise era.  When the gas/oil/emission crisis hit, the power densities dropped and giant winged bird hood emblems took over for actual performance.  When the big Pontiac 6.6 liter giant finally was laid to rest it was replaced with a 4.9 liter turbocharged V8 that was down 10 horsepower but up on low end torque.  Find this 1980 Pontiac Firebird Trans Am Pace Car, Turbo 4.9 V8 for sale in Vancouver, BC for $3,000 CDN.  Tip from Bandit on oppositelock. 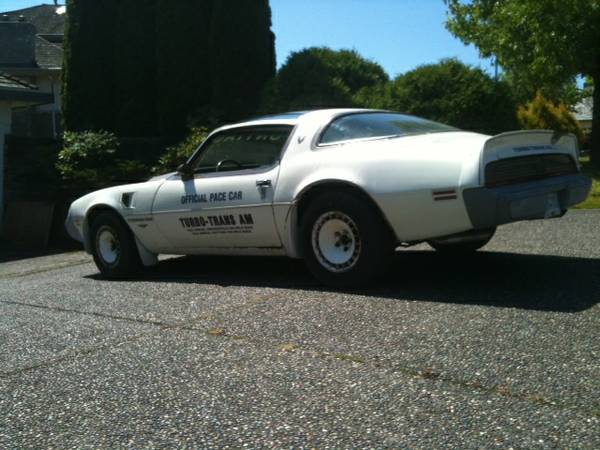 This Indy 500 Pace Car edition wasn’t actually used anywhere near the famous Brickyard, but was simply the attempt by Pontiac to lure a few more buyers into the showroom with some ridiculous door graphics. 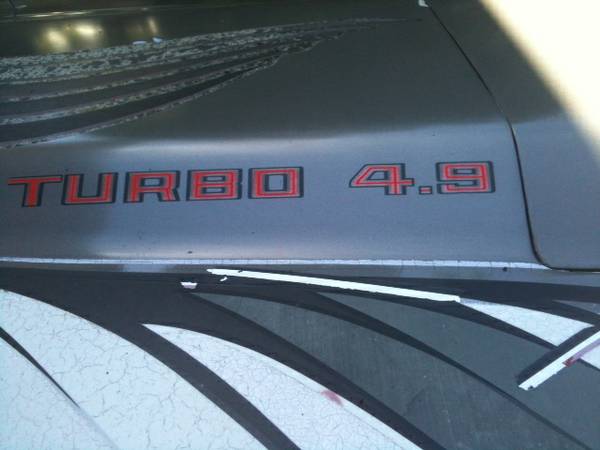 The Turbo 4.9 liter V8 is a monstrous pushrod V8 that is less boosted and more choked by the small Garrett T03 turbocharger as it puts out a measly 210 horsepower – essentially the same rating as Ford’s 2.3 liter inline four with the same basic turbo in the SVO Mustang a few years later.  We can’t possibly conceive of the reason why Pontiac engineers would have put a small non-intercooled turbocharger on a 4.9 liter V8 back in 1980, but at least it only lasted for 2 years. 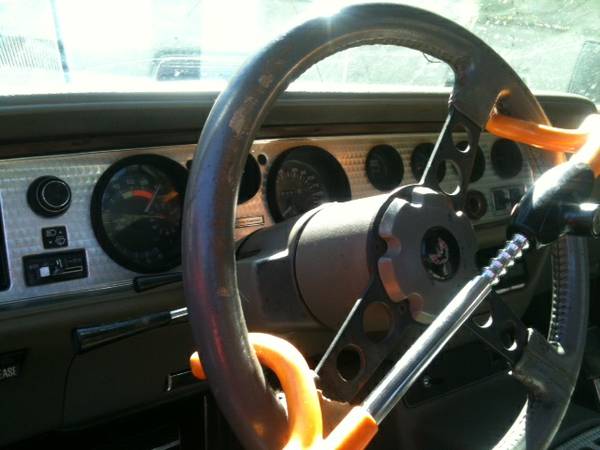 See a better turbo V8 coupe from the eighties? email us here: tips@dailyturismo.com