The Porsche 912 was in essence a 911 with left-over Porsche 356 engines shoved in the back…or so the rumors go.  The 912 actually outsold its flat-6 powered big brother for the first few years of production, probably because it gave the owner the 911 looks with a much lower price tag.  Additionally, previous Porsche owners already used to clackity-clack racket and abysmal performance of the Porsche flat-4 (related to the VW flat-4, but more expensive and evolved over the years for Porsche use) had no problem stepping from a 356 to a 912.  Find this 1966 Porsche 912 with Volkswagen Type 1 engine for sale in Redlands, CA for $6,900 via craigslist. 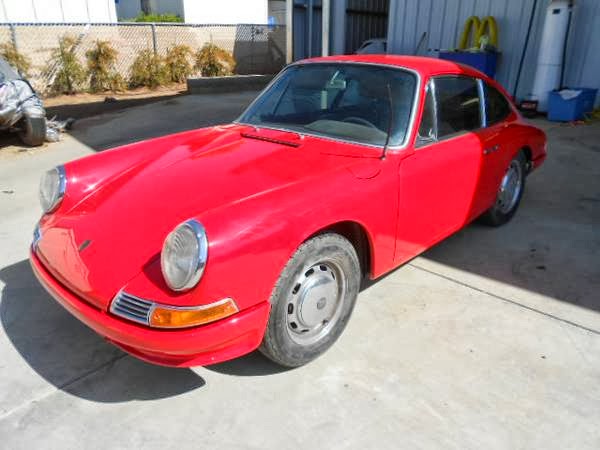 This 912 is offered for considerably less than the average going price of the 912s we’ve seen recently, probably because it is powered by a VW Type 1 engine and covered in red overspray.   The engine is clearly not original; where the generator stand/oil filler neck casting bolts to the case – on a VW the flange is horizontal (0 deg. to ground) and on a Porsche 356/912 engine it’s at an angle.  The Type 1 engine is forgivable because it is related to the Porsche flat-4 and should be considerably cheaper to run/upgrade in the long run.  The overspray is less forgivable…since it indicates a really cheap or lazy DIY paint job and will take considerable effort to correct. 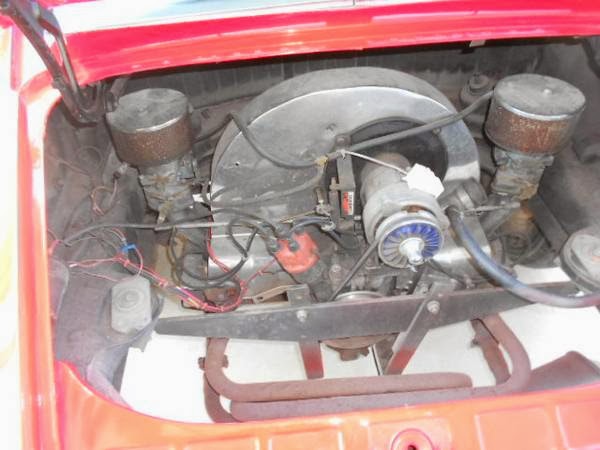 Aircooled VW engines rely on a floor in the engine compartment with a tight seal to keep the air cooling fan’s intake air separate from the air being heated by the engine’s exhaust (and the cooling system’s exhaust, too). The builder of this swapped creation has left the compartment completely open but we’d recommend making a gasketed horizontal bulkhead to help keep the little VW running cool. This engine is also littered with cheap aftermarket parts and would likely run better if converted to the standard OE VW cooling shrouds and vacuum-advance distributor.

See a better deal on a flat-4 powered classic? email us here: tips@dailyturismo.com