The Subaru 360 microcar was built by Fuji Heavy Industries from 1958-1971.  It shares its rear engine layout, roomy interior and brutal slowness with Volkswagen’s Beetle, but is more matched with a Fiat 500 for size/comfort. This example first appeared on the DT cardar back in March from a tip from Kaibeezy but the price keeps dropping week after week and it was recently sent in by FuelTruck.  Find this 1969 Subaru 360 Young S offered for $6,200 in Daly City, CA via craigslist. 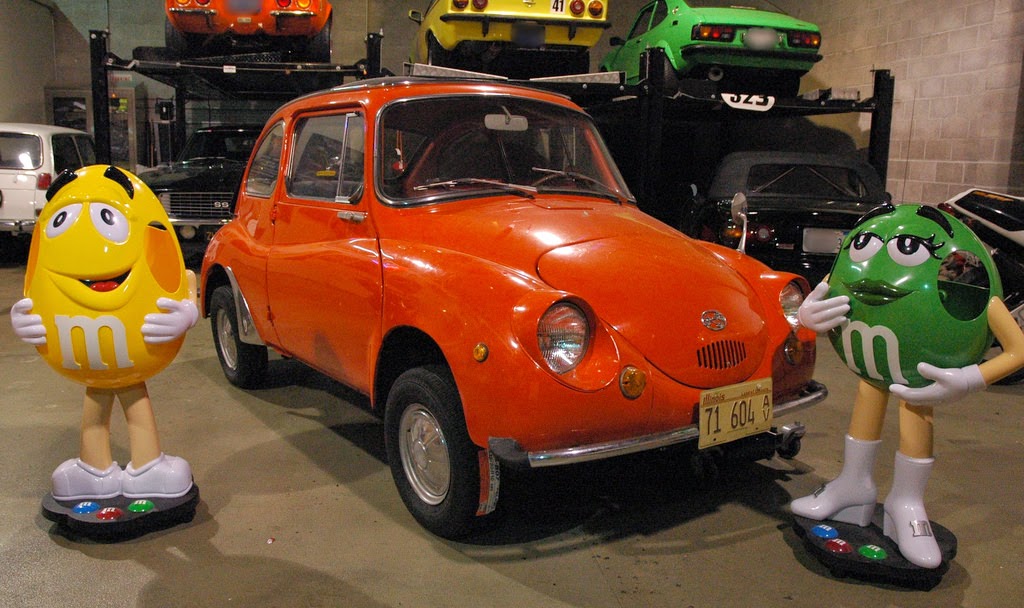 The Young S designation was a “sport” edition of the 360, and added bucket seats, a more powerful engine and a 4-speed gearbox.  This particular Young S edition comes surrounded by a few giant M&M figures…just what is going on in this garage?  Who puts Opels on lifts and Frozen movie props in the same room…? 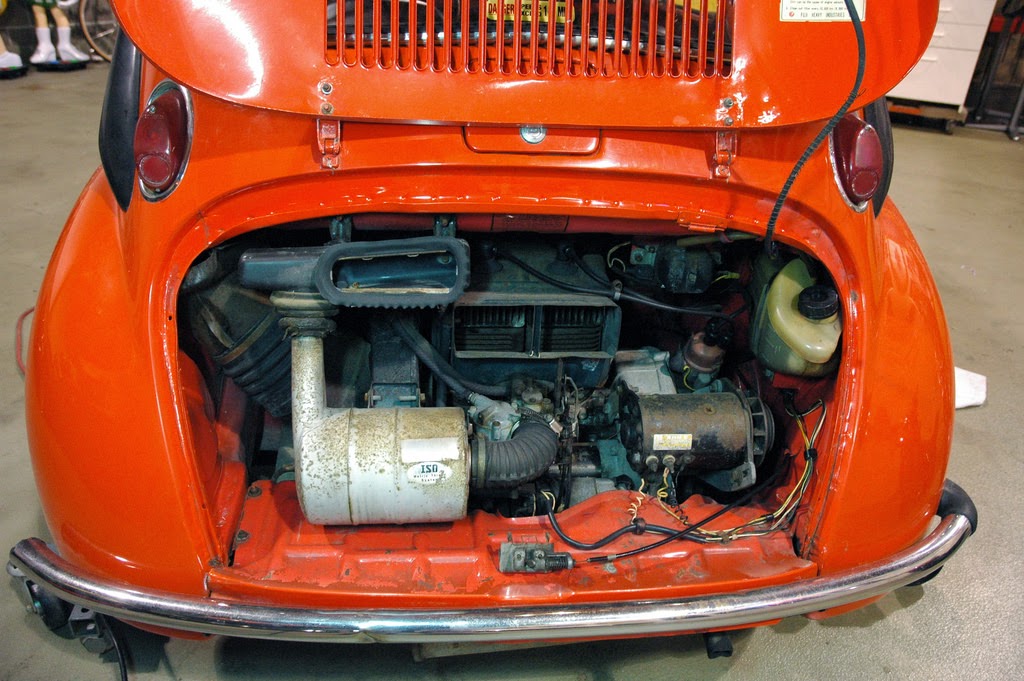 The 360 name was a description of the displacement in cubic centimeters
(0.360 liters) for the EK32 2-cylinder gasoline 2-stroke engine that
puts out 36 horsepower on a good day.  The K32 uses a Subarumatic oil-gas mixing system
to pre-mix the fuel-oil before being injected into the 2-stroke engine
and will propel the 900 lb kei-car to a top speed of 60 mph. 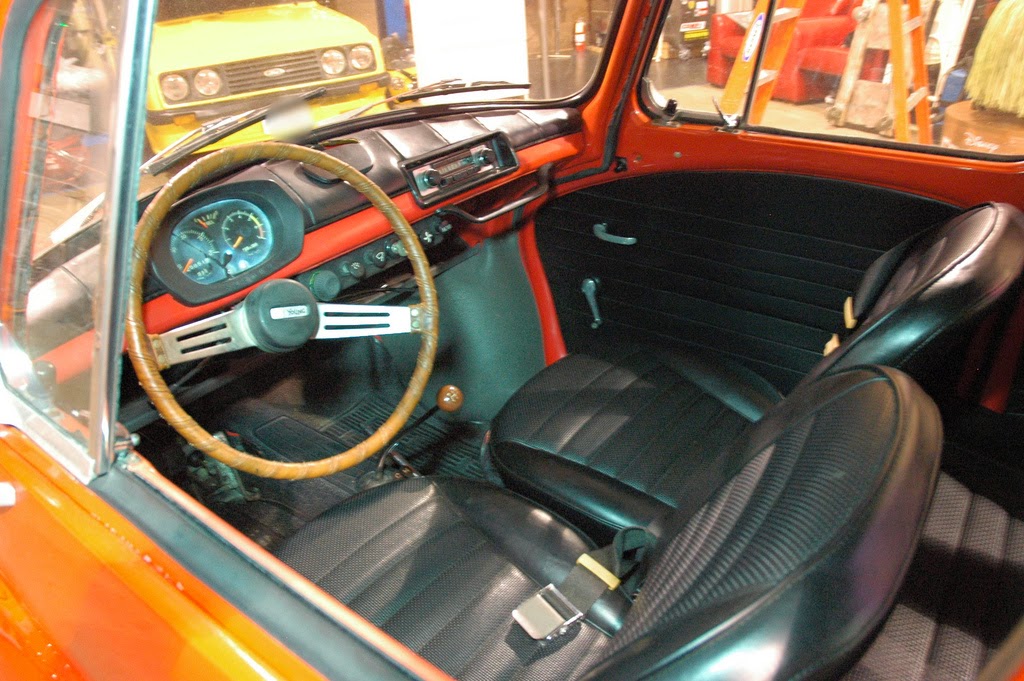 The inside of this 360 looks good for a car with such a low asking price, but it isn’t like the little 360 is much of a collector car these days.  Hagerty says a condition 3 “Ladybug” should be worth about $6,600, so this one is priced about right. 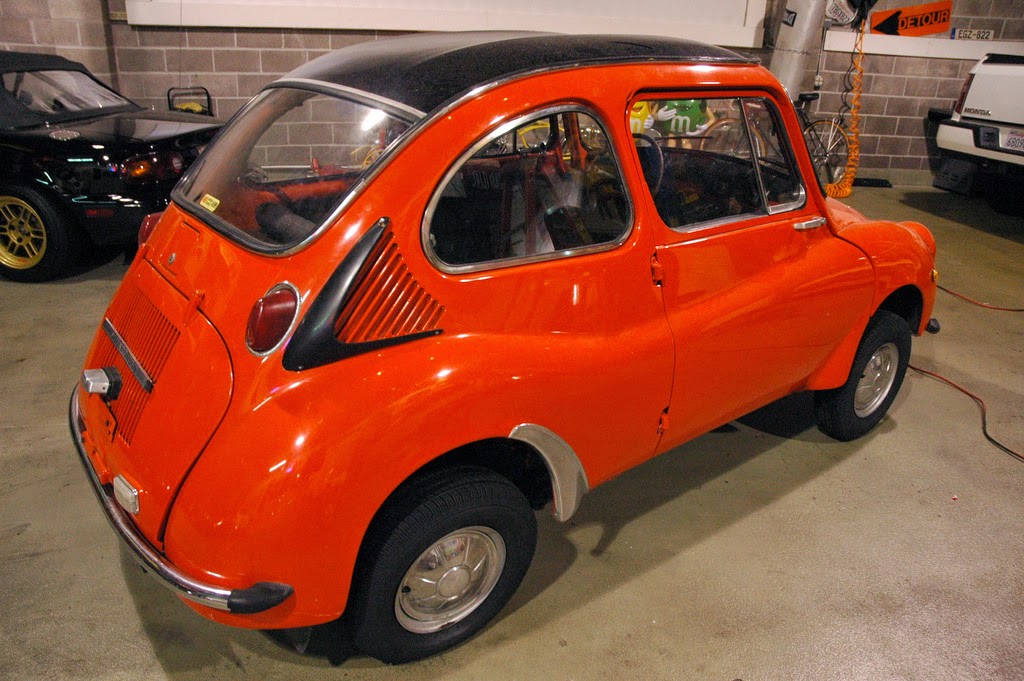