The Dodge Charger was introduced in 1966 as a competitor to the pony car offerings from Ford and GM, but in typical Chrysler fashion, it was plus sized and late to the party.  It wasn’t a bad car, it just exemplifies the typical Mopar approach to car building, which is to build something similar to the other guy’s segment winners, but with a twist.  It’s like Ford and Chevy are playing a ultra competitive soccer game at the local park and the Dodge guy shows up in full lacrosse gear.  Guys, I’m ready to play.  Find this 1973 Dodge Charger SE offered for $6,000 in Lodi, CA via craigslist.  Tip from Kaibeezy. 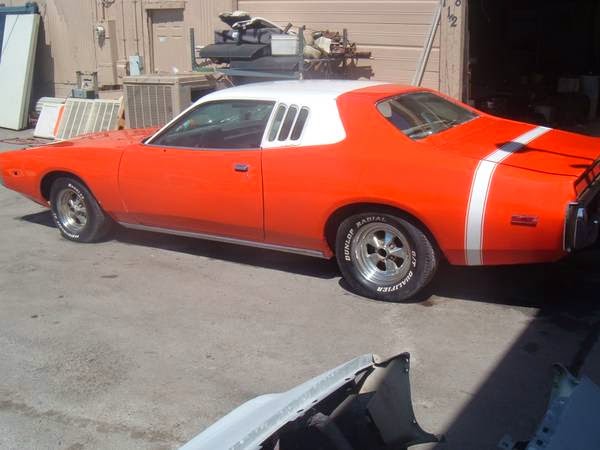 The Charger was on the big side of the pony car segment and is probably better classified as a personal luxury coupe – like the Ford Thunderbird, or Buick Riviera — especially in the later years when it got seriously bulked up on roids.  But it still had unique Chrysler wackiness to it — like the triple opera windows.  Seriously.  Who needs opera windows on a muscle car, much less three of them per side? 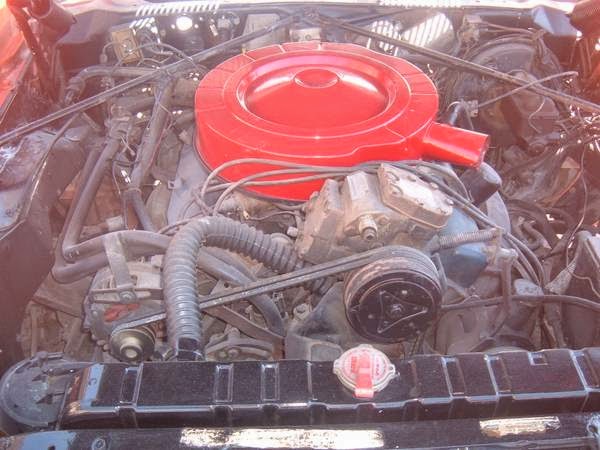 Under the hood of this orange beast is a 400 cubic inch (6.6 liter) V8 and the appearance of dual exhaust out back indicates that it might be the high performance version making 260 horsepower and 365 ft lbs of torque (vs the 2bbl and single exhaust 400 that only put out 175 hp).  The engine is mated to a 3 speed slap-stick slushbox automatic, which should be fine for cruising duties, but could be swapped out for a 4-speed if desired. 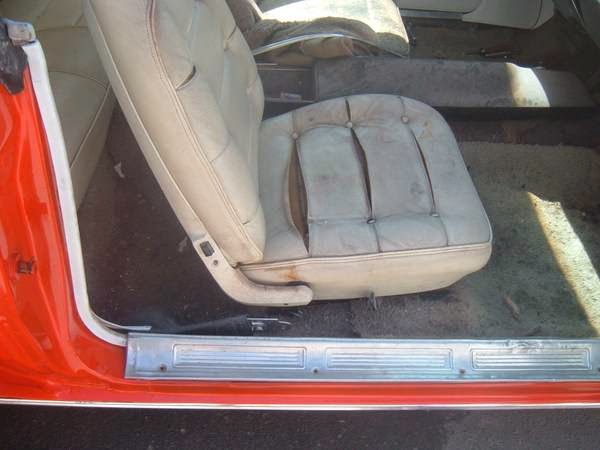 Ugg — the interior looks to need the most work out of anything.  The idea of a white interior sounds great on paper, and if I know anything from watching Burn Notice on USA, it looks good too.  Unfortunately if you are a burned spy and need to use your dove interior Charger to haul around wounded comrades or captured bad guys, that white interior is going to be torn up and covered in bodily fluids in no time…sort of like the above picture. 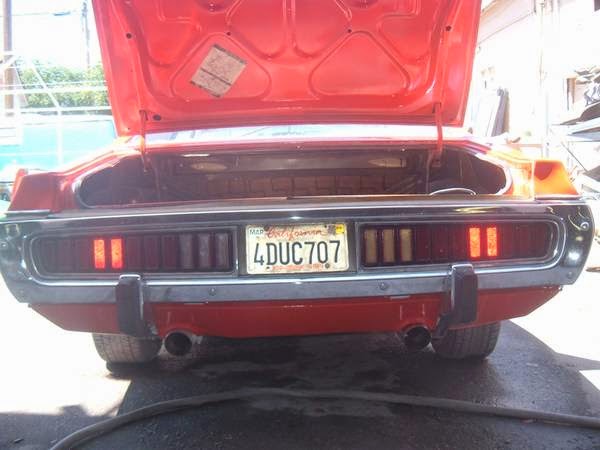