The Volkswagen Caddy is a VW Golf/Rabbit based pickup truck, typically powered by a diesel engine and generally known for being frugal with fuel and slower than a kid’s powerwheel ride-on toy. Seriously, purgatory levels of slow mixed with diesel fumes…but..and here is the BIG but…I can’t help but like them.  It is probably some deep character flaw based on years of being forced to drive diesel automobiles, but for the short period of time that I drove a VW Rabbit diesel, it was actually an enjoyable experience.  Slow, but fun.  Find this 1981 Volkswagen Caddy Diesel for sale in Ashland, OR, currently bidding at $3,150 reserve-not-met with 2 days to go. 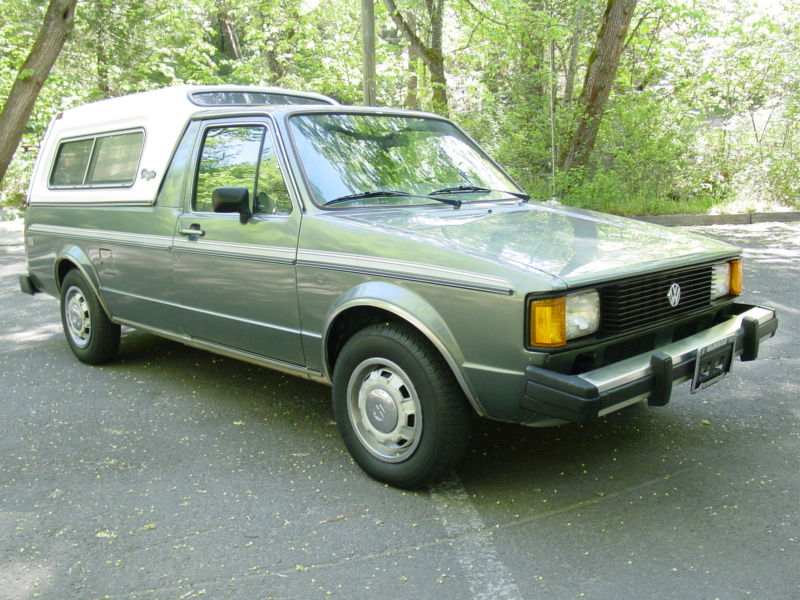 From my own personal experience driving around diesel powered VW front drivers from this era, I can say that merging into the freeway was like like riding a miniature pony in a steeplechase race. Thankfully, the unassisted rack-and-pinion steering, coupled with a high degree of ackerman in the front steering gives superb feedback and the driver is keenly aware that the front tires are throwing in the towel at the slightest of sign of steering input. 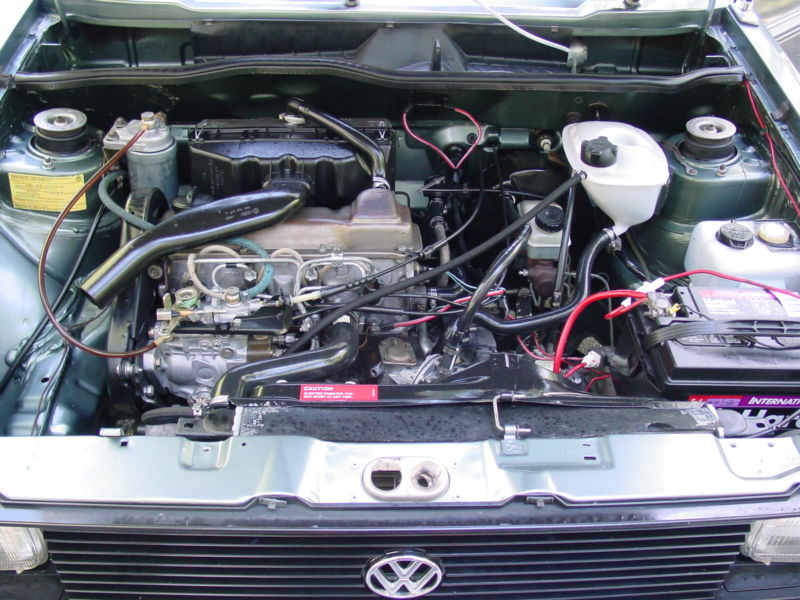 The Caddy is powered by a 1.6 liter inline-4 cylinder diesel engine that puts out 60 horsepower into a 5 speed manual transmission connected to the front wheels.  Did I mention that it is slow?  Really, painfully, root-canal-narrated-by-Bobcat-Goldthwait, slow.  “Yeeahhhh…its about…err…35 minutes into the procEEEdure and the dentist is still trying to ream out the first root…3 mooore to gooowww.” 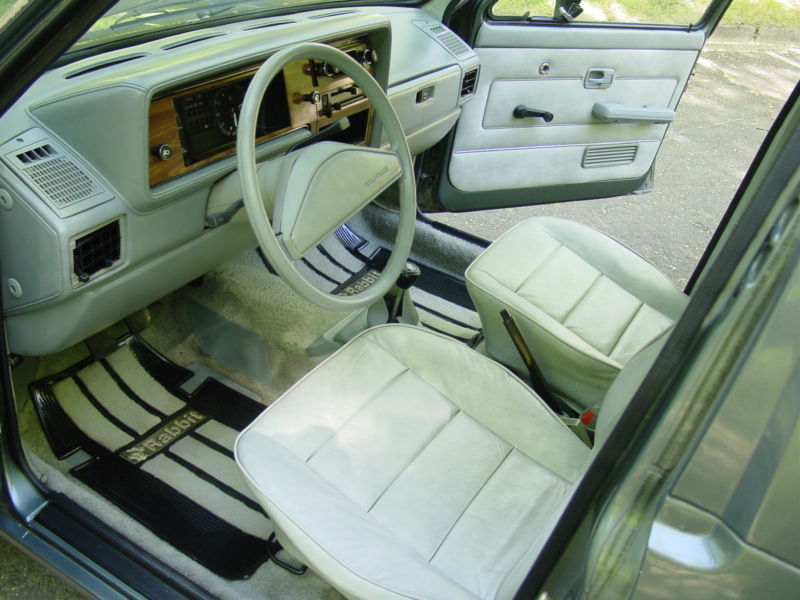 The lime green interior in this Caddy looks good (in relative terms), and we are likely to believe the claim of 97k original miles…but it is no longer a one-owner car once it is picked up by some flipper…FYI. 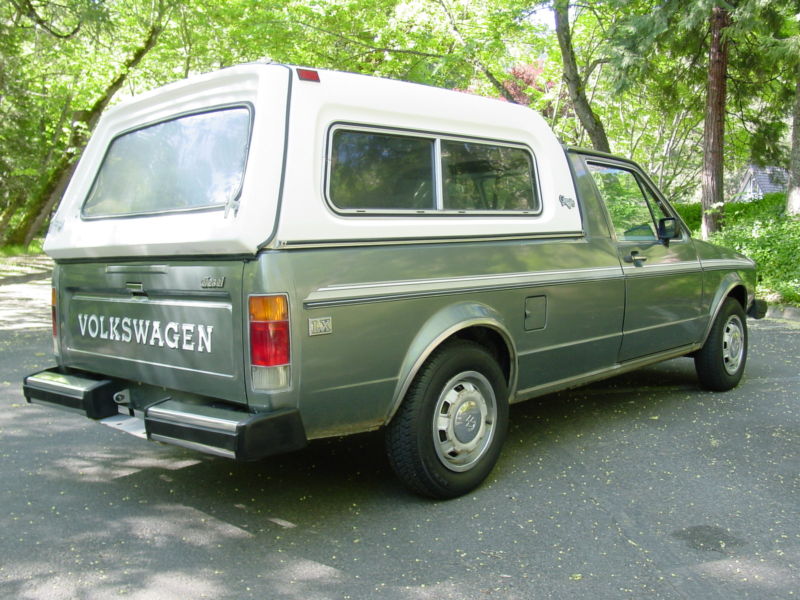 This Volkswagen was actually badged and sold as a Rabbit Pickup – it wasn’t until 1982 that the Caddy name was used and only in Europe.  Whatever, this doesn’t detract at all from this green-bean colored 45mpg oil burning snail with a shell.