There is an old piece of advice when selling a used car that says “never show a picture of someone driving the car.”  The idea is that potential buyers will have a hard time disassociating the previous owner with the car, however, it’s okay if you wear a paper bag with a “mad face” on it over your head.  Find this 1990 Mercedes-Benz 300D W124 for sale in Eugene, OR for $4,000 via stanceworks.com forums.  Tip from Ignatius Reilly. 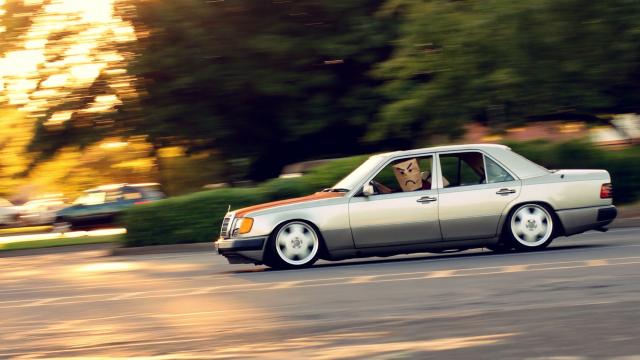 The W124 didn’t come with a paper bag and sharpie in the glovebox, but it was powered by a 3.0 liter OM606 inline-6 cylinder turbo diesel that puts out 143 horsepower and 195 ft-lbs of torque – respectable numbers when compared to any other vintage Mercedes diesel engines.  This one has been converted to run on veggie oil, but performance should be only mildly reduced. Un-transesterified raw vegetable oil (as opposed to processed biodiesel) usually has a lower specific energy content than “dino” diesel so you should expect some reduction in power and slightly worse fuel economy, but this also depends on the specific type of oil being used, e.g. canola, corn, soybean, sesame, etc. 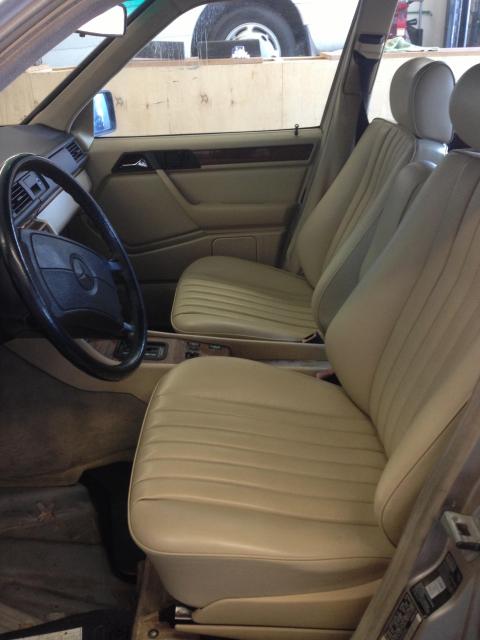 The inside of the madbagged Benz looks in great shape, probably because the owner was always covering the seats with paper bags…  The car is also equipped with big 18 inch AMG rims with “stretched” tires and a rusty hood.  Perhaps the seller should have covered the hood with a paper bag. The hellastanced aesthetic could be removed just as easily with a different set of wheels/tires and a paint job for the hood. 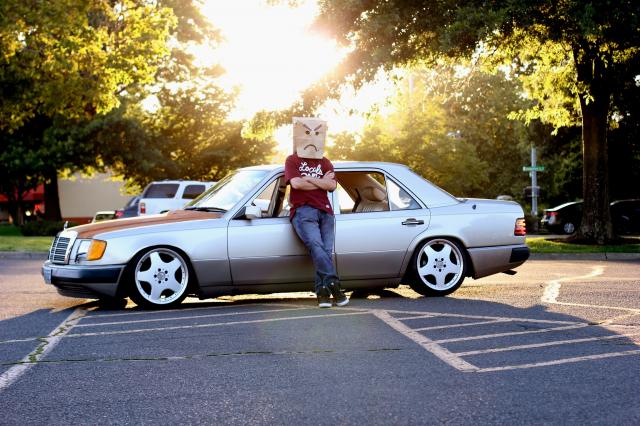