The ancient Samurai in Feudal Japan were a class of Warrior-nobles, the word
Samurai actually a verb meaning “to wait upon the upper ranks of
society.”  The reign of the Samurai came to an official end in 1947 when the last remnants (the Shizoku) were outlawed in post war Japan, but their influence was reduced in the 19th century with the adoption of a Western style military.  The automotive version of the Samurai was a four-wheel-drive compact from Suzuki that ruled the lightweight off-road market segement from 1981 to 1998.  Find this low mile 1985 Suzuki Samurai here on eBay 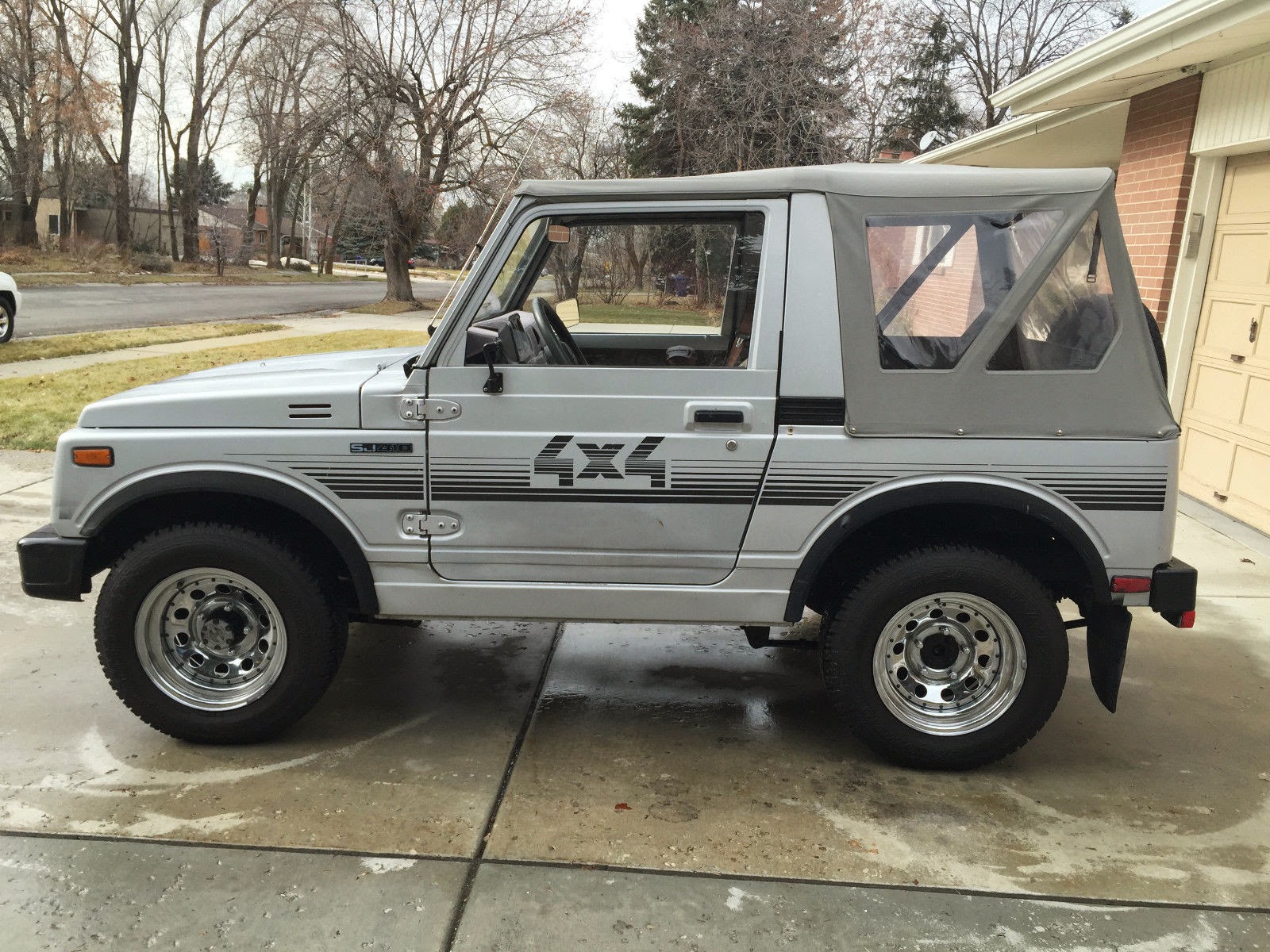 The second generation Samurai makes a miserable ride on road, but is
legendary for its off-road capability, with one beating Jeep record for highest altitude achieved for a 4-wheeled vehicle at 21,942 ft in 2007.  This Samurai isn’t a record breaker, but it does have only 34k on the odometer according to the seller…who gets defensive in the Q/A section about those miles and the amount of time it spent being towed behind an RV. 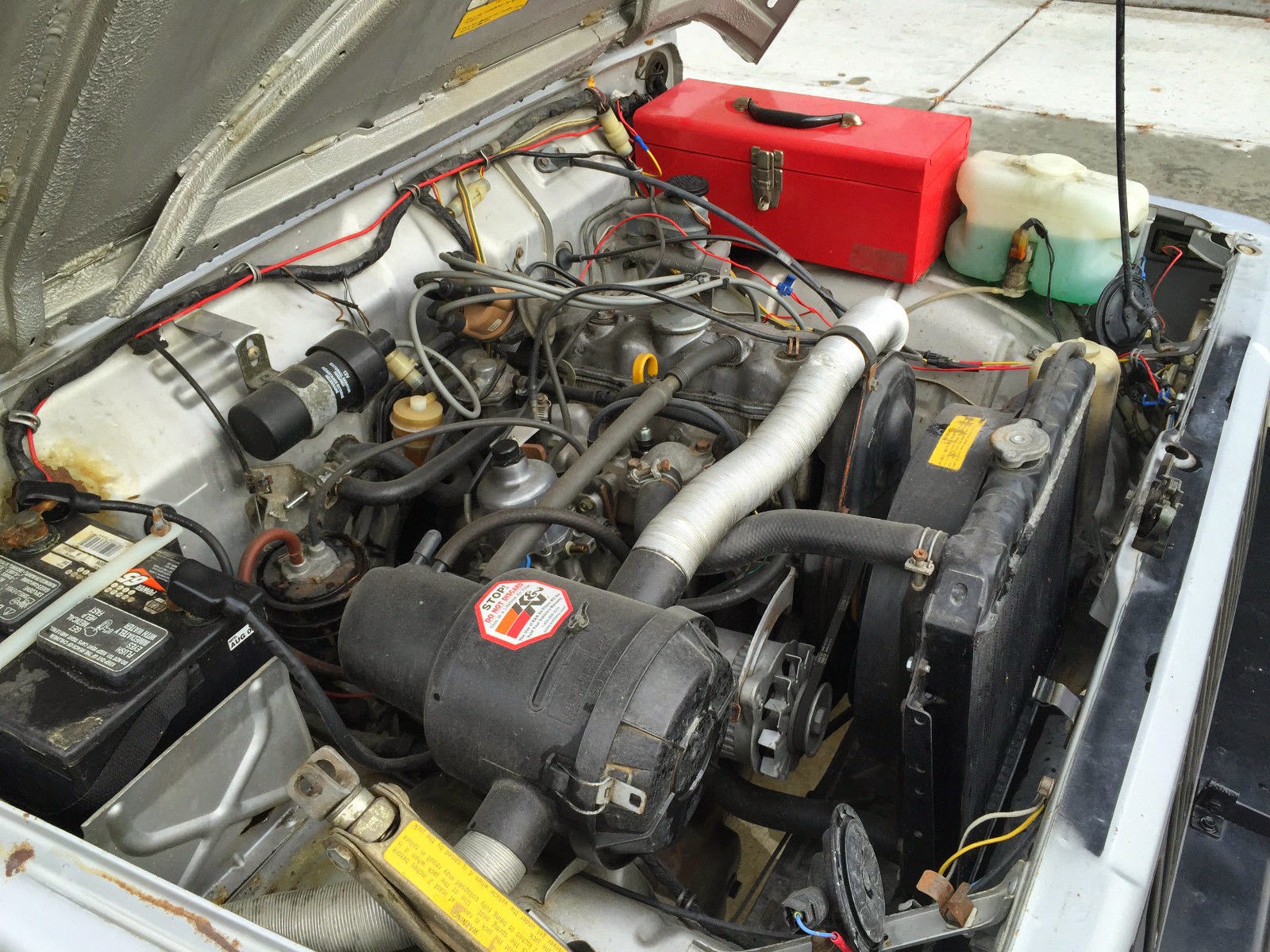 Power from the Samurai is a 1.3 liter boat-anchor inline4 that puts
out 63 horsepower and 76 ft-lbs of torque.  The little engine is mated to a
5-spd manual – a slushbox would put this thing in motor-scooter-slow
territory.  Thankfully the Samurai only weighs 2000 lbs – that is only a
sophomore frat-boy more than a 1st generation Miata.  This light weight
makes the Samurai surprisingly versatile in off-roading – and its small
footprint allows it to make it through places that huge full sized
pickups (and their anatomically challenged drivers) won’t dare. 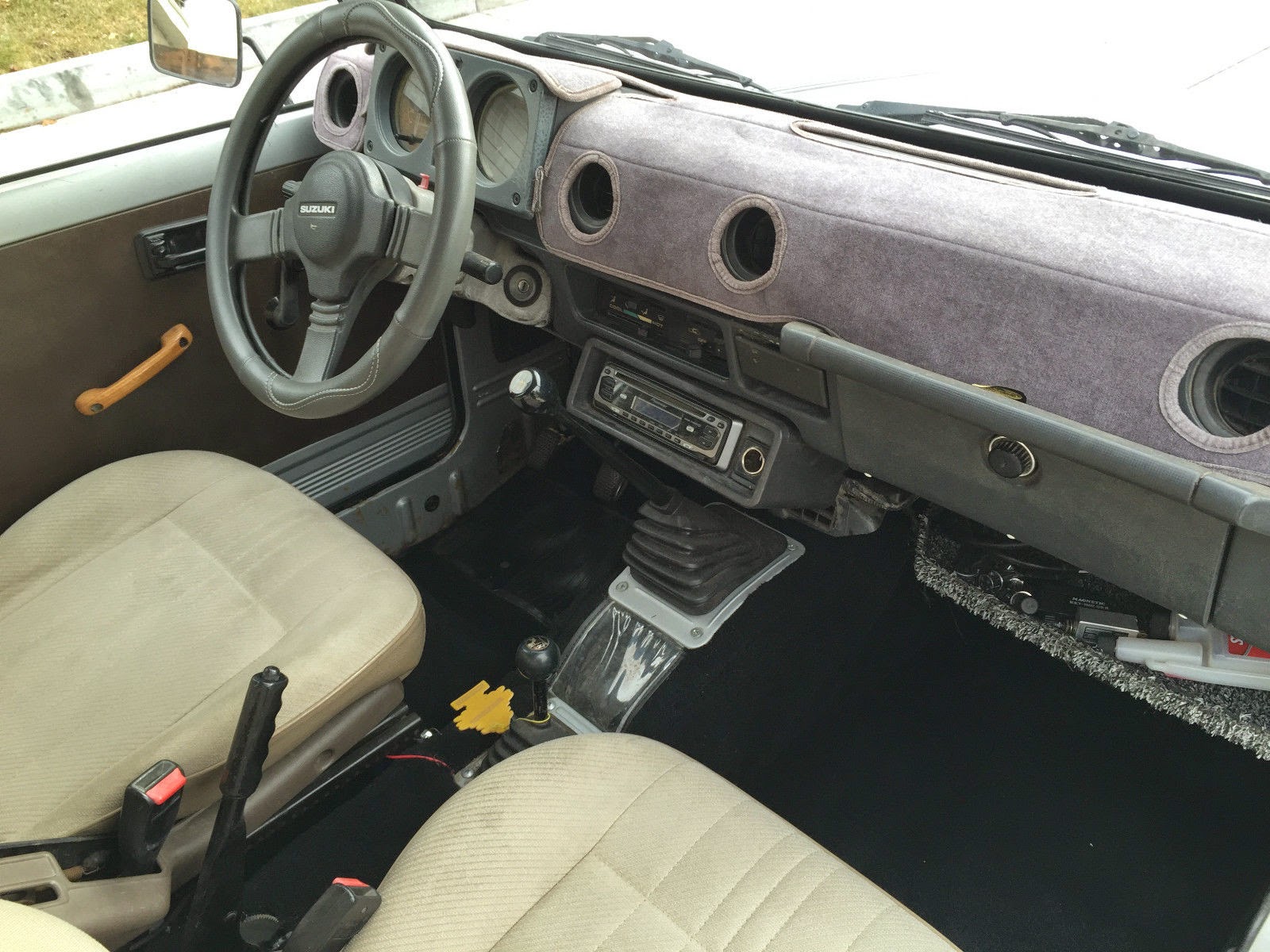 Inside its obvious that the weight savings has created a bare-bones,
no-frills interior — the dash looks like a 60s Maytag dryer.  No need
for fancy Alcantara headliners, wood-grain dashboards, cup holders,
etc.  I’ve ridden in a few stock samurais and can report that it is
like driving a fast  slow shopping kart.  The short
wheel-base makes the horizon disappear when you hit a speed bump and the acoustics makes it sound like you are inside of a snare drum. 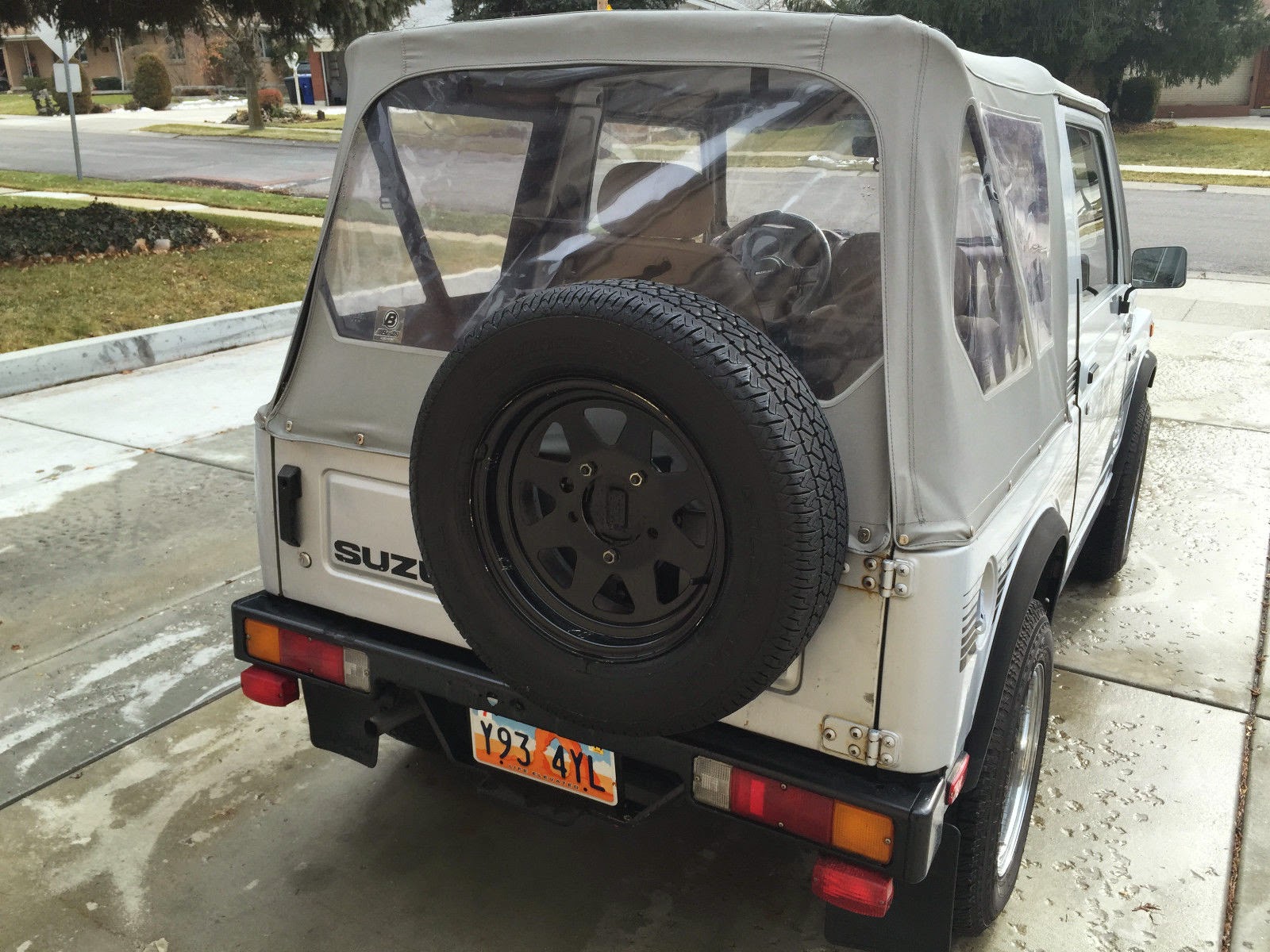