5k: Most Dependable Engine Ever Made: 1970 Jeep Commando Convertible

The Jeep Commando (aka Jeepster Commando) was a line of vehicles in the Kaiser Jeep portfolio to compete with Ford Bronco and Toyota Landcruiser.  The low end edition was the basic Commando that was advertised as a convertible, but should have been called open top because it came without any top and could not be converted into anything.  The Commando is one of those strange open recreational vehicles that can be seen shuffling surfer kids around beach cities and generally acting as cheap transportation.  Find this 1970 Jeep Commando for sale in Vista, CA for $2,700 via craigslist. 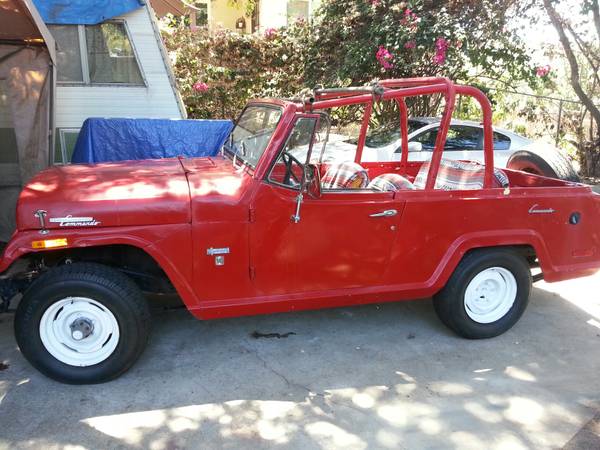 The Commando isn’t about to win any drag races or beauty contests and this one is no exception.  The only real unique feature on this one is that it is powered by the odd-firing Buick V6 as factory equipment, which the seller claims is “most dependable engine ever made.”  That is a bold statement and not something we’d want to be tested on with actual data, but the Dauntless V6 was used in many vehicles and survived with some changes from 1966 to 2005.  Not a bad lifespan for a pushrod V6.