The 2nd generation Toyota MR2 was sold from 1991-1999 and powered by
a inline-4 in naturally aspirated or turbocharged configurations.  The turbo version was the closest thing you could get to a Japanese Ferrari, (at least until the NSX came out) and was legitimately a quick car.  What happens when you shove a Chevy LS4 V8 sideways into the back?  Chaosome!  Find this 1991 Toyota MR2 LS4 V8 Swap offered for $7,500 near Porland, OR via craigslist.  Tip from Fueltruck. 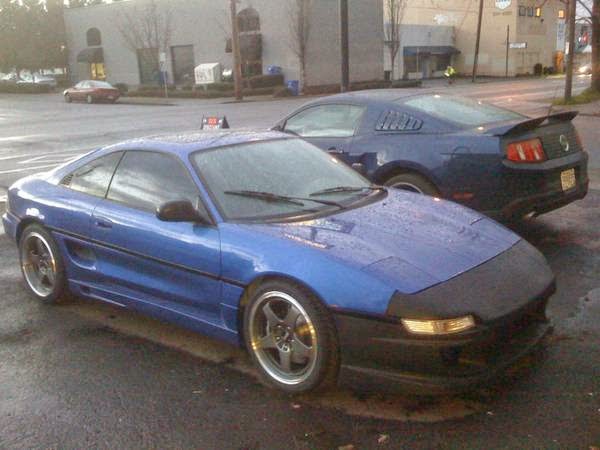 This MR2 meets a common DT requirement that the previous owner drops a boatload of money into the car…but unfortunately it is still not complete.  The seller casually states that the engine/trans are “hanging” in the car and just need to be completed.  No word it they are hanging on an old piece of rope or a custom made engine mount…because you are gonna need the latter. 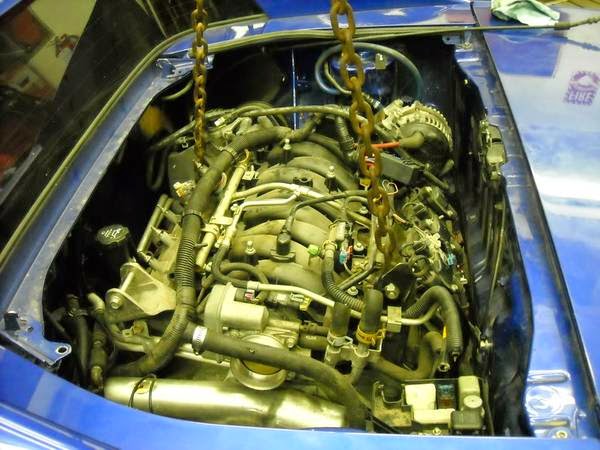 The one photo of the engine installed shows it held in the engine bay be a few chains attached to an engine hoist.  The LS4 is an alloy version of the LS1 V8 setup for transverse front-drive applications from the mid 2000s like the Pontiac Grand Prix GXP (06–09) Chevrolet Impala SS (06–07) Chevrolet Monte Carlo SS (08–09) and Buick LaCrosse Super (08-09).  Most of these cars used an available automatic transmission like the 4T65-E HD transaxle included in this build. 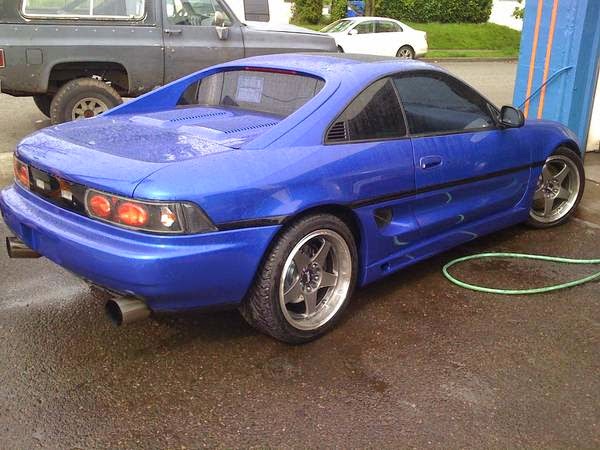 See another car with a ton of potential? tips@dailyturismo.com